If the Supreme Court allows the Trump administration to ask everyone in the US about their citizenship status in the 2020 census, millions of households will have a tough decision to make come next year.

1) Accurately report the number of noncitizens living in their household; or

2) Fail to include noncitizens in their response and thereby deprive their home states of billions of dollars in funding and possibly even seats in Congress.

A new report, commissioned by the Census Bureau and compiled by the Center for Economic Studies (CES), predicts the impact of adding a citizenship question to the 2020 census.

Its main finding is that “citizenship question sensitivity” — especially in households fearful of drawing the attention of immigration-enforcement agencies — will substantially lower self-reporting rates for noncitizens. Hispanic Americans, in particular, are likely to avoid answering the citizenship question. The resulting shortfall would undermine the constitutional mandate of the census to provide lawmakers and others with an “actual enumeration” of the total US population every ten years.

The study found that respondents are worried about inappropriate statistical use of noncitizen data. While the census has asked subsets of respondents a citizenship question in the past, experts say the government has never asked everyone in the country for their citizenship status.

Secretary Wilbur Ross of the Department of Commerce has argued that adding a citizenship question to the census would enhance the department’s efforts to comply with the Voting Rights Act of 1965.

But Thomas Wolf, a census expert and counsel with the Democracy Program for the Brennan Center for Justice, scoffs at this explanation: “What Secretary Ross is doing is literally unprecedented.”

According to Wolf, a citizenship question could have serious, long-term consequences. States like California, Texas, Florida, and New York have a disproportionate number of noncitizen populations, and an undercount in the census would result in their not gaining as many congressional seats as they would otherwise be expected to.

“In order for people to be fully represented, we need to know how many people there are and where they live. If we don’t know those things, none of our maps, from congressional maps on down to our local maps will be correct,” he said.

According to the CES report, nearly 28 percent of American households contain at least one noncitizen, and a citizenship question would result in an 8 percent undercount of the number of people in those households.

Census data also helps determine the funding levels of many federal programs, including those involving healthcare and infrastructure. An undercount could seriously limit resources for underserved communities. Among the programs that stand to lose millions of dollars: housing vouchers for Section 8, Pell Grants, and the national school lunch program. 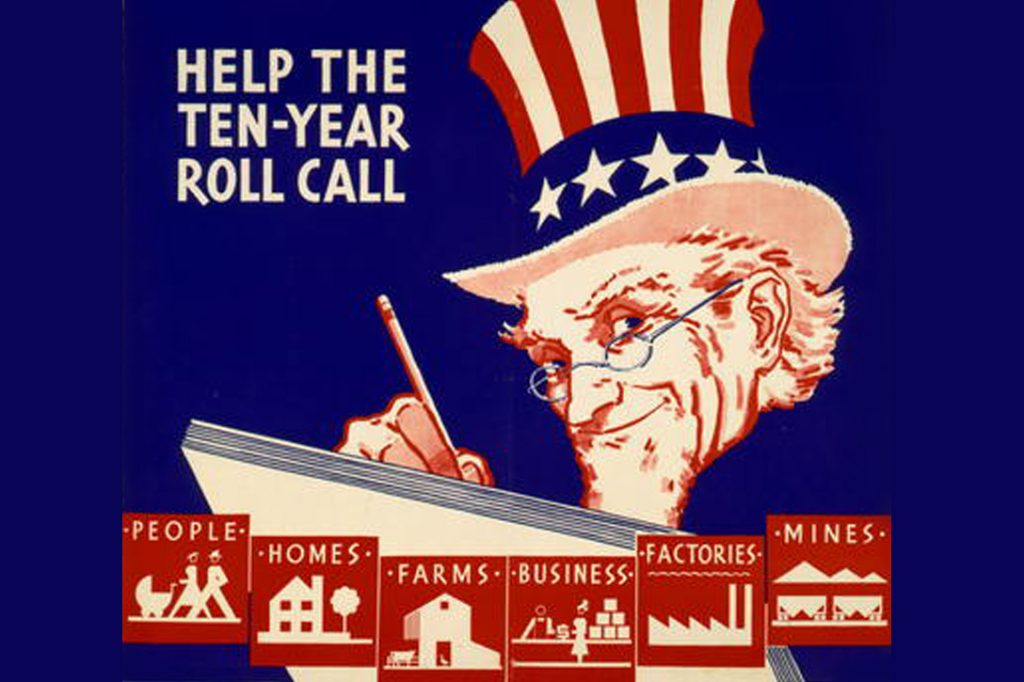 If households were to decline to respond to a citizenship question, it would render their response incomplete and require more non-response follow-up fieldwork, causing a “lower-quality population count,” according to the CES report.

“What Secretary Ross did in this case is deeply illegal, at a variety of levels,” Wolf explained. “It violates the Enumeration clause [of the Constitution], which is the main reason why the census exists. It exists to get a full and accurate count of the population.”

Other minority populations, including Asian Americans, would also risk an undercount if a citizenship question were to be added to the 2020 census, according to a January report by the Census Bureau. Possible barriers to completing the census include concerns about data privacy and fear of repercussions. Non-hispanic Asians are most likely to have privacy concerns, with 42 percent of Asian respondents “extremely concerned” or “very concerned” that the Census Bureau would not keep their answers to the citizenship question confidential.

The Supreme Court is expected to rule this week on whether the Department of Commerce can add a citizenship question in the 2020 Census. The much anticipated ruling fueled additional media coverage after email conversations emerged between deceased GOP redistricting strategist Thomas Hofeller and a high-ranking Census Bureau official.

In a lawsuit filed against the Department of Commerce, plaintiffs argued that Hofeller’s desire to add a citizenship question was an effort to benefit “Republicans and Non-Hispanic Whites.”

Emails recently discovered between Hofeller and Christa Jones, now chief of staff to the director of the US Census Bureau, showed that Jones alerted him to a Federal Register notice for comments on the Census Bureau’s 2015 Content Test, adding that it could “be an opportunity to mention citizenship as well.”

US District Court Judge George J. Hazel of Maryland ruled Monday that the plaintiff’s new email evidence painted a “disturbing picture of the decision makers’ motives.” Hazel suggested that a case could be reopened on whether a proposed 2020 census question violates minorities’ rights.

In a memo released Tuesday by the Democratic staff on the House Committee on Oversight and Reform, new information emerged that James Uthmeier, former senior advisor and counsel to Secretary Ross, “discussed the citizenship question and legislative apportionment with his ‘long-time mentor’ John Baker.” Baker, a Georgetown law professor, previously advocated in a 2018 article that “the citizenship question is necessary to collect the data for a redistricting of House seats that excludes aliens from the calculation.”

Experts involved in ensuring transparency and accountability in the census have said that adding a citizenship question is going to produce an even lower self-response rate than what was initially estimated.

Researchers previously believed that, if a citizenship question were added, the number of people who decline to respond would equal the population of Missouri (6 million people). Now, the latest projections of non-responders indicate a number equal to the population of New Jersey (9 million).

Reading Time: 2 minutes Tracking What Happens to Police After They Use Force on Protesters ; How Dinosaurs Raised Their Young ; and More Picks 7/29