In a rare rebuke of the Pentagon by a Republican, Sen. Chuck Grassley (IA) slammed the Department of Defense (DoD) for failing to put an end to price gouging practices that are costing US taxpayers millions of dollars.

Grassley, who chairs the powerful Senate Finance Committee, forcefully complains about the DoD’s spending habits in a handwritten letter sent to Acting Secretary of Defense Patrick Shanahan last week. The senator especially focuses on past contracts with TransDigm, a manufacturer of commercial and military aerospace components.

Referring to a February 2019 report detailing past purchases of parts from TransDigm between 2015 and 2017, Grassley pointed out that the DoD’s inspector general (IG) “determined that TransDigm had overcharged the Department by $16.1 million on a total of $29.7 million in contracts.”

Grassley writes that profit levels this high “are not consistent with the Federal Acquisition Regulation (FAR), Truth in Negotiations Act (TINA), and many other federal laws and regulations,” noting that the department must do a better job at screening the companies it conducts business with. 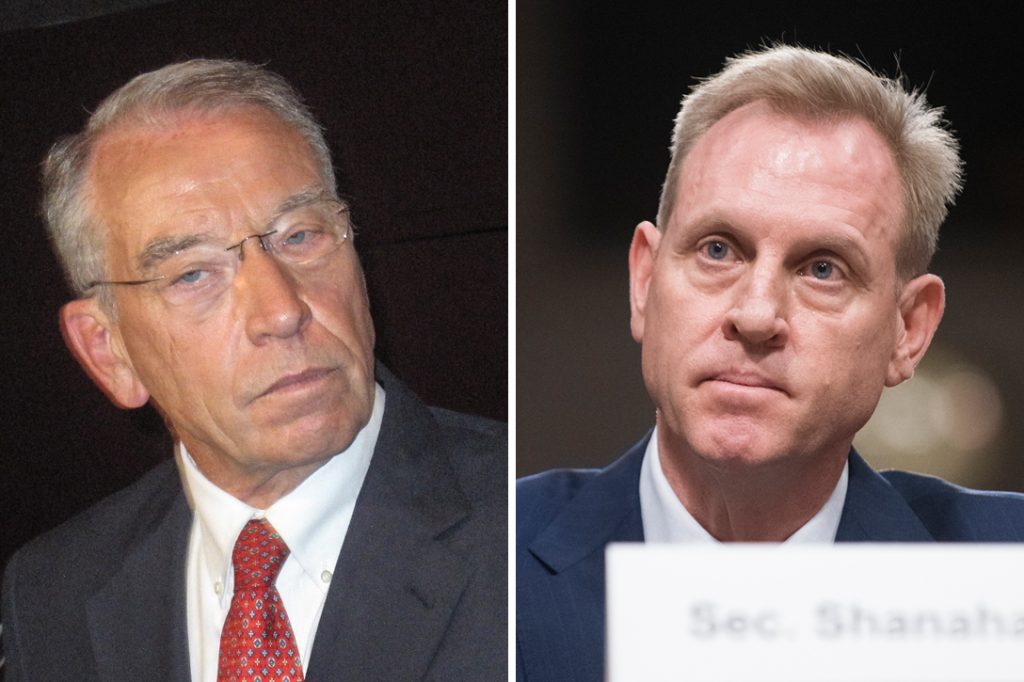 According to Bloomberg, other suspect items include a ring that costs $7 on average for which TransDigm charged $4,835, and a retainer bearing valued at $32 dollars that is being sold for $803 dollars.

The Republican senator noted that overcharges like these “are not uncommon” at the department — especially when it comes to TransDigm. Grassley noted that the IG found in 2006 that the manufacturer had overcharged the department by $5.3 million on a total of $14.8 million in contracts.

The prices negotiated with AeroControlex (a subsidiary of TransDigm) on a 2018 contract were also found to be drastically high, according to Grassley, with the department set to pay $119.3 million over the next decade for parts that should cost $28.3 million.

To make matters worse, the DoD has not received any form of refund from TransDigm in regard to the excess profits the inspector general had identified. Grassley wrote that the IG had made “several” recommendations to the Defense Logistics Agency and the Army to request a voluntary refund from the aerospace manufacturer, but as of May 15 no reimbursement had been received.

TransDigm spokeswoman Liza Sabol declined to comment on the IG report, stating in an email to Bloomberg that TransDigm “has been and remains committed to conducting business within the framework of applicable laws and regulations.” She also noted that the IG’s report “does not make any assertion of wrongdoing on TransDigm’s part” when it comes to the firm’s contracts with the DoD.

While Grassley noted that the IG recommendations were a start, he writes that they are “ultimately insufficient.” The Iowa senator set a deadline of June 13 for Shanahan to respond to eight questions he posed. The information requested ranges from a list of the department’s current contracts with TransDigm and the status of any refund requests to explaining how the department will make sure such overbilling won’t happen again.

Grassley has been an outspoken opponent of wasteful spending at the Department of Defense for decades, but this kind of criticism from a senior Republican remains surprising.

Regardless of how — or whether — Shanahan responds, the letter has already done its job of making this issue better known to the public.

Just recently, Rep. Alexandria Ocasio-Cortez (D-NY) also questioned TransDigm’s contracts with the Pentagon (see video above), asking why so much money is being spent on overpriced hardware rather than being invested in services that would better serve the US in other ways, like healthcare or college tuition.

A Trillion Ways To Build a New Military-Industrial Complex