When she was a senior in high school, Kerry Hawk Lessard invited some friends to her home, like many seniors do. They drank all night. Before everyone left, one of the men unlocked the back door and taped the lock open. Later that night he returned and sexually assaulted her. She was 19 years old.

In her twenties, she was gang raped by a group of men from a Scottish goth band. She had gone out drinking at Washington, DC’s 9:30 Club. The group carried her out of the venue as her friends watched, doing nothing. The rapists took her to a hotel room. When they were done, she remembers them saying, “Okay, Pocahontas, it’s time to saddle up and get out of here.”

Lessard, now 47, says her story is not unique. “I don’t know a Native woman who hasn’t been sexually assaulted,” she told WhoWhatWhy. “It’s not unusual in the women I know.”

Lessard is one of the 61 percent of Native women who have been sexually assaulted in their lifetimes, according to a study on violence against Native women funded by the US Department of Justice. Native Americans and Alaska Native women are almost three times more likely to experience sexual assault than women of other races.

Like most other female sexual assault victims, the majority of native women do not file a report, according to the study. 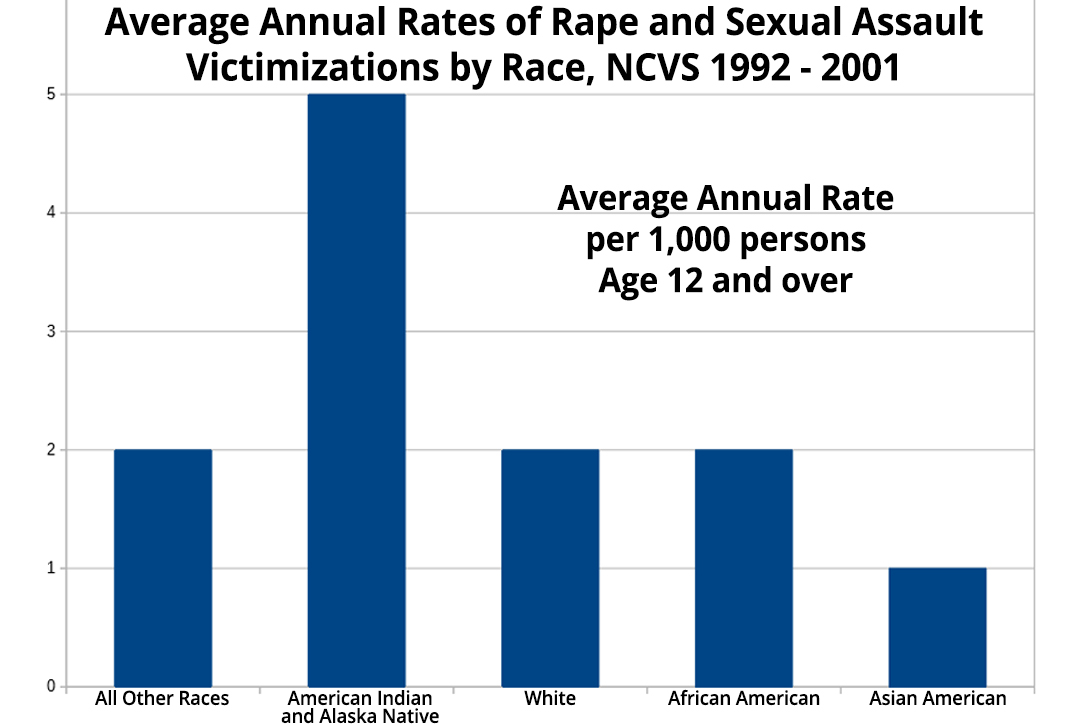 Shannon Keller O’Loughlin, a member of the Choctaw Nation, is the executive director of the Association on American Indian Affairs. O’Loughlin was raised by her grandmother in the woods of Oklahoma in what is one of the most densely populated Native communities in the country. She grew up hearing stories about what the women in her family have gone through, extending back to her great-grandmother, so she would know how to protect herself.

“We’re seeing a nationwide trend where people in power are being called out on their abuse of women,” O’Loughlin said. “But Native women living on reservations often don’t have that option. Sometimes, the perpetrator is a tribal judge, someone in tribal government, or a well-respected member of the community. They [victims] fear they could lose their houses or their jobs because of retribution from tribal government.”

Only 22 percent of Native Americans live on reservations, according to a 2018 report by the US Department of Health and Human Services, while 66 percent live in urban areas.

Lessard’s family became urban Indians after one of her relatives graduated from Carlisle Boarding School in southern Pennsylvania. The school — considered the flagship Indian American boarding school in the US from 1879 to 1918 — took Native children from their families and educated them for American society. Her ancestor moved to Baltimore to find work and started a family.

“In our community, we have a high rate of intergenerational substance abuse,” Lessard said, “and a lot of women are vulnerable because they are addicted and don’t have their faculties together to fend off an attacker.” She also argues that Native women are more likely to be victims of sexual assault because, due to their precarious economic status, they are often forced into commercial prostitution or survival sex — when homeless or otherwise disadvantaged people trade sex for things like food, shelter, or drugs.

Native Americans have the highest rates of alcohol abuse in the country, according to the National Institute of Alcohol Abuse and Alcoholism. Drugs and alcohol play a larger role in sexual assaults against Native women than against women of other races, according to the NVCS. The study found that more than two-thirds (68 percent) of Native victims believed their attackers were under the influence of a substance.

Lessard didn’t report either of her assaults.

Looking back as a native sexual assault victims’ advocate, she wouldn’t change that decision. She didn’t trust law enforcement to help her. When her daughter’s father physically abused her, she says the city denied her a restraining order, claiming that they couldn’t do anything because he was only threatening her. They said she had to wait until the next time he beat her before they’d grant the order. After that, she gave up any hope that the police would protect her.

Native advocates argue that the nation’s history of abuse against their ancestors created an intergenerational trauma that still affects modern Native Americans.

“In public school education, children learn about Native Americans as if they are only a part of our history,” O’Loughlin said. “They don’t know that they are living communities with ongoing issues. Teachers talk about our past injustices, but don’t make the connection that the issues we face today are based on historical degradation.”

“The genocide, loss of tribal land, the outlawing of religious practices and language, forced boarding schools, forced assimilation, forced sterilization of women: When you look at all those losses Native people have experienced in such a short period of time,” Lessard said, “it creates not only individual wounds but also a collective trauma in our communities.”

In the lowest moments of her life, Lessard drew on tribal ceremonies and rituals to help her cope. She wanted to make sure other Native people had the same cultural tools.

“So many urban Indians live in an environment where substance abuse, physical abuse, and incarceration is going up,” Lessard said. “I see it as my job to reintroduce those tools that our ancestors wanted us to have. I want to interrupt those cycles.” 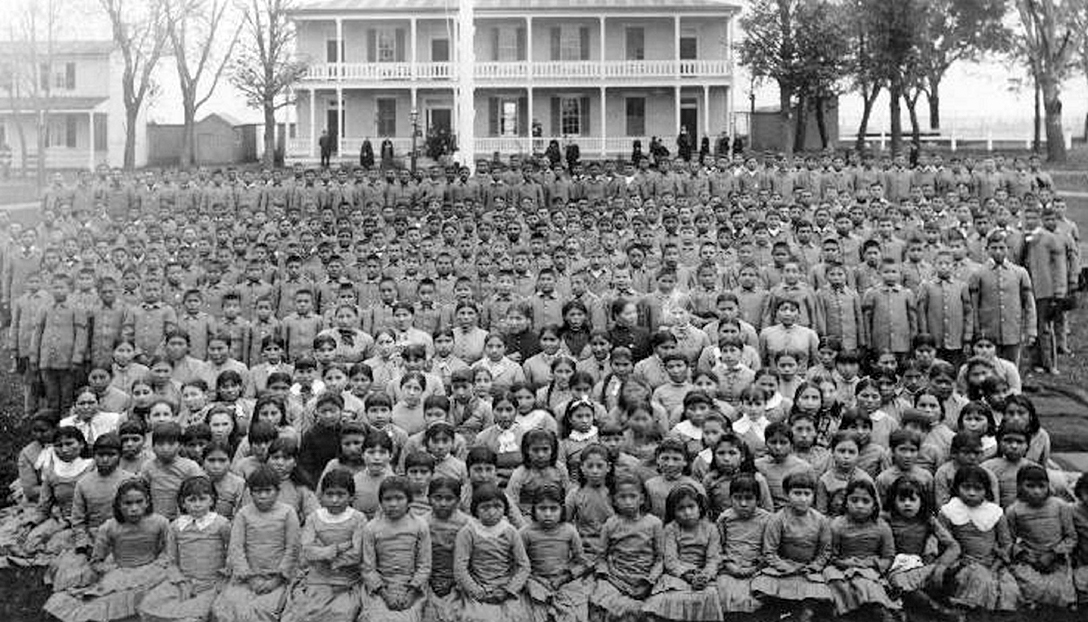 Lessard feels that the lack of media attention stems from the majority population’s lack of interest in Native issues.

“Native bodies are seen as unimportant,” Lessard said. “When our nation’s capital has a football team whose mascot is a disembodied head and an homage to genocide, that tells you all you need to know about how this country values Native people. So, when Native women who are so sexually vulnerable are hyper-sexualized in spaces like Coachella or on the Victoria’s Secret runway… it’s violent. People say to get over it, that it’s not a big deal, but when a larger group can tell you how you’re allowed to feel and how to address your grievances, that tells you a great deal about your social standing and power and privilege as a person.”

The only way to remedy this, she argues, is for Natives to take back the customs they lost. Her work running trauma recovery groups for urban Natives combines Western teaching with traditional knowledge and practices. She uses indigenous language, teachings on health, cultural practices, and Native art to undertake healing. In a recent workshop on recovering from sexual assault held in Baltimore, women created medicine bundles as a reminder of the healing they can draw from themselves, their ancestors and their tribe’s collective wisdom.

“If I had to sit down face to face and talk about my rape, it would be very difficult to do,” Lessard said. “So if we are able to engage our women in an activity, whether it be making quilts, beading earrings, or sewing, we can replicate the way Native women traditionally engaged in labor, engaged in art and engaged in conversation. Women are able to talk in a way that’s nonthreatening while they create something that contributes to their culture at the same time.”

“One of my elders once told me that the stories we tell are medicine,” she continued. “Rather than letting the things that happened to me hold power over me, I hold power over them and use my stories to help others.”