Climate change is so impossibly, depressingly big, so out of control, that most of us feel powerless to do anything about it. Thus we turn away and do nothing. That’s human nature.

Fortunately, there are people who are willing to step up and speak out for the tough choices that must be made…now.

A new movement — Extinction Rebellion (XR) — which we featured in an opinion piece last week, is in its early stages. On Saturday, it held “direct actions” around the US. Most were small and garnered modest media attention. But historically, change usually begins small.

One such action took place in New York City, where several hundred protesters met up at the southeast corner of Central Park, and marched down Fifth Avenue before turning into Rockefeller Center, symbol of global capitalism and corporate power. There, the group surrounded the iconic skating rink where tourists were enjoying a comforting sense of rock-solid ice. A few XR participants staged a symbolic “die-in,” lying down in the center of the rink. And one climbed the photogenic gold statue of Prometheus and unfurled a banner that said, “Climate Change = Mass Murder…Rebel for Life,” before being taken into custody by the police along with the die-in folks.

Planners say there will be many more such actions — which in London took over five Thames bridges in November and convinced city leaders to commit to zero-carbon emissions by 2025.

Will that happen here? It probably depends on how many people swell the ranks of this small but determined band.

WhoWhatWhy was there, and our photographer Marilena Stavrakidis took the pictures. 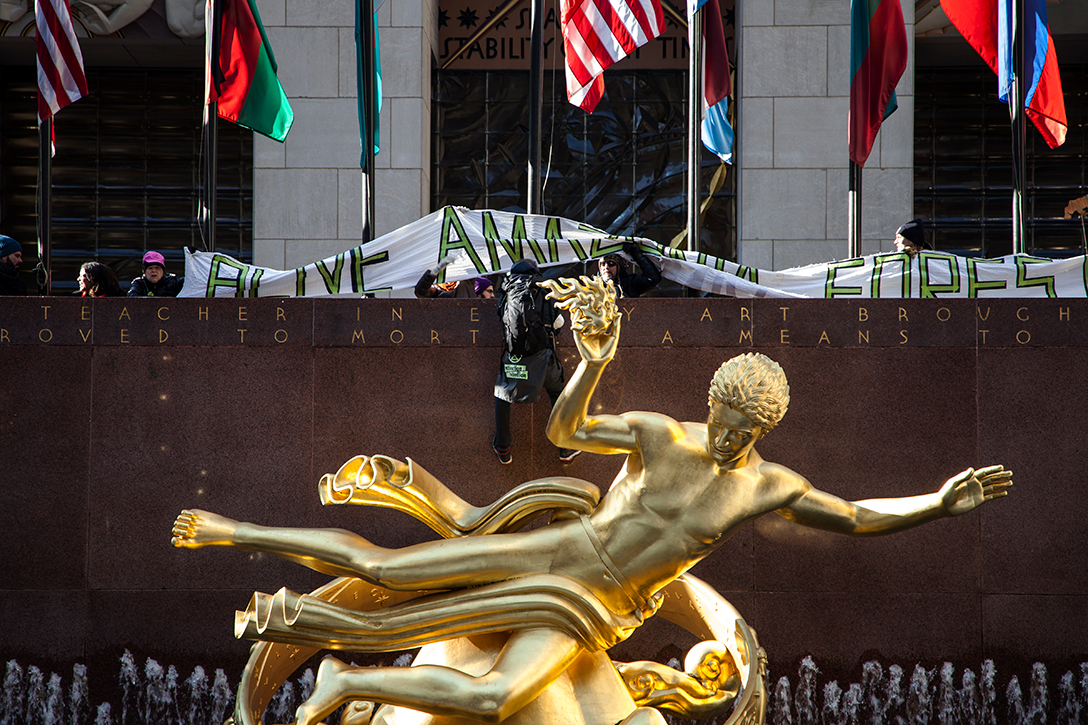 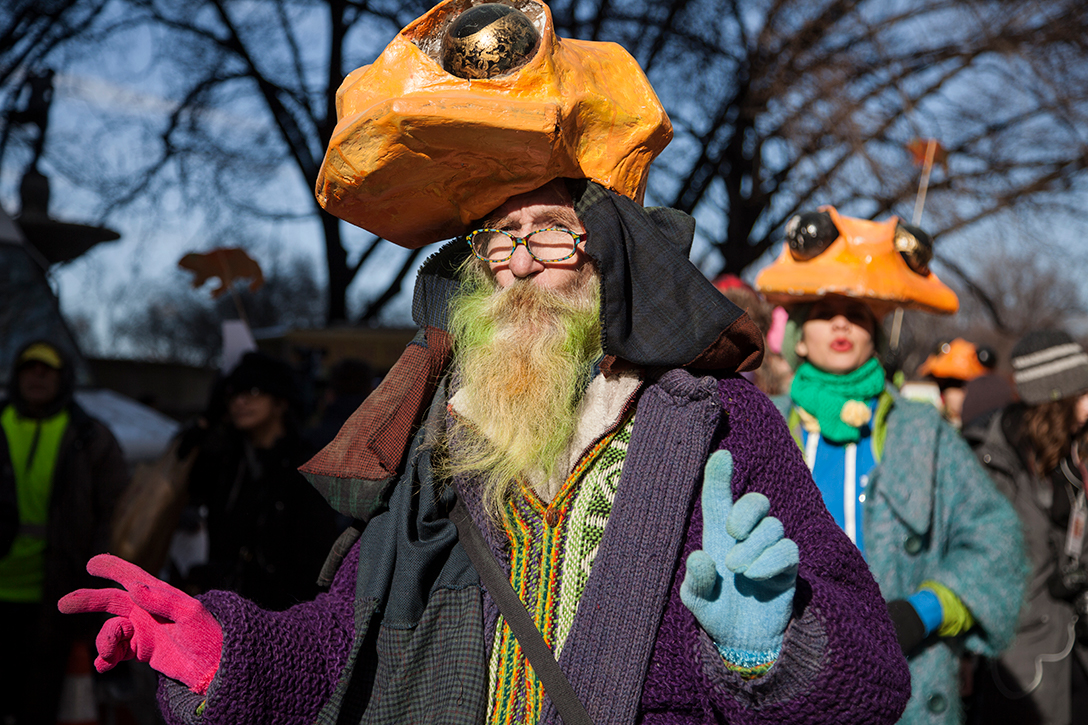 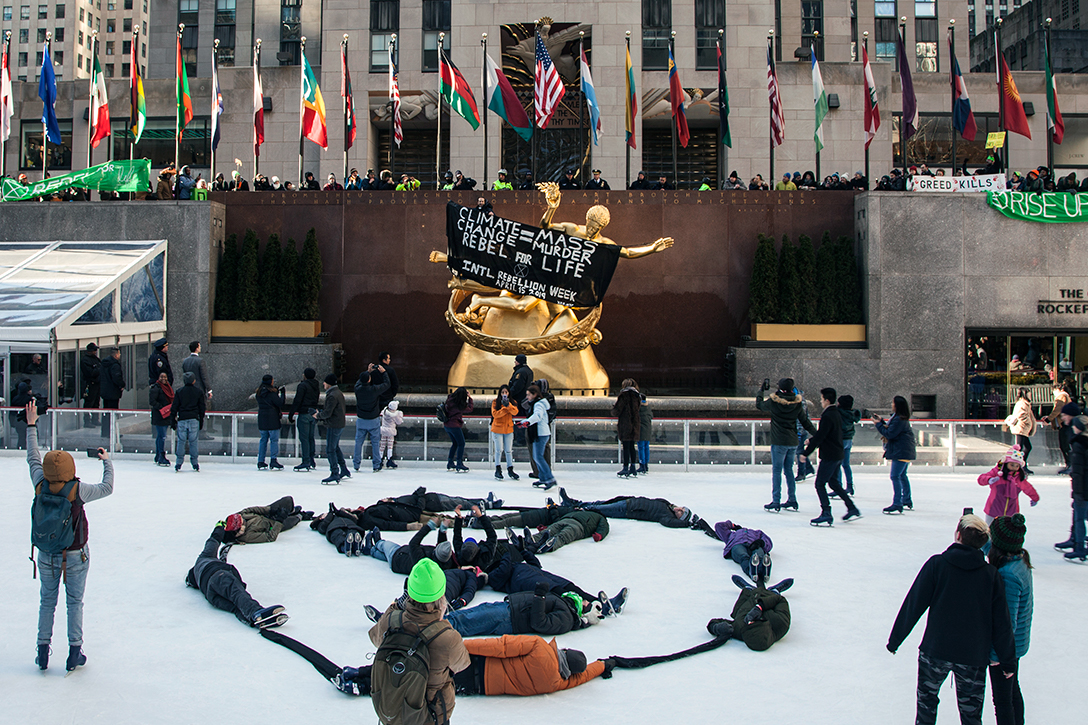 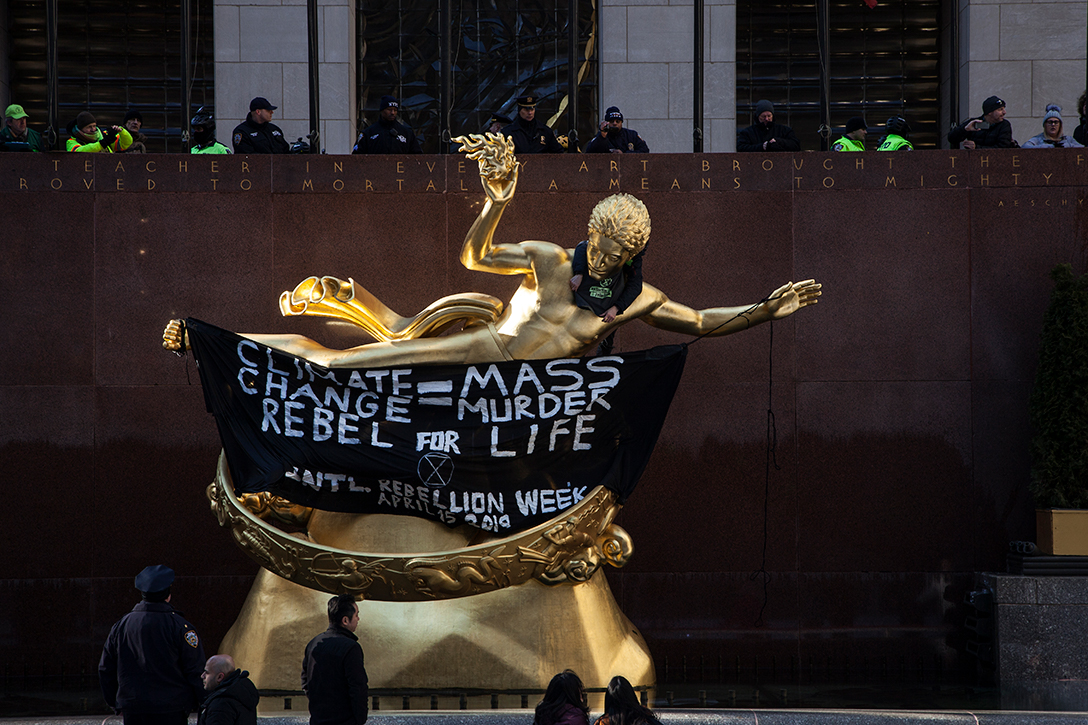 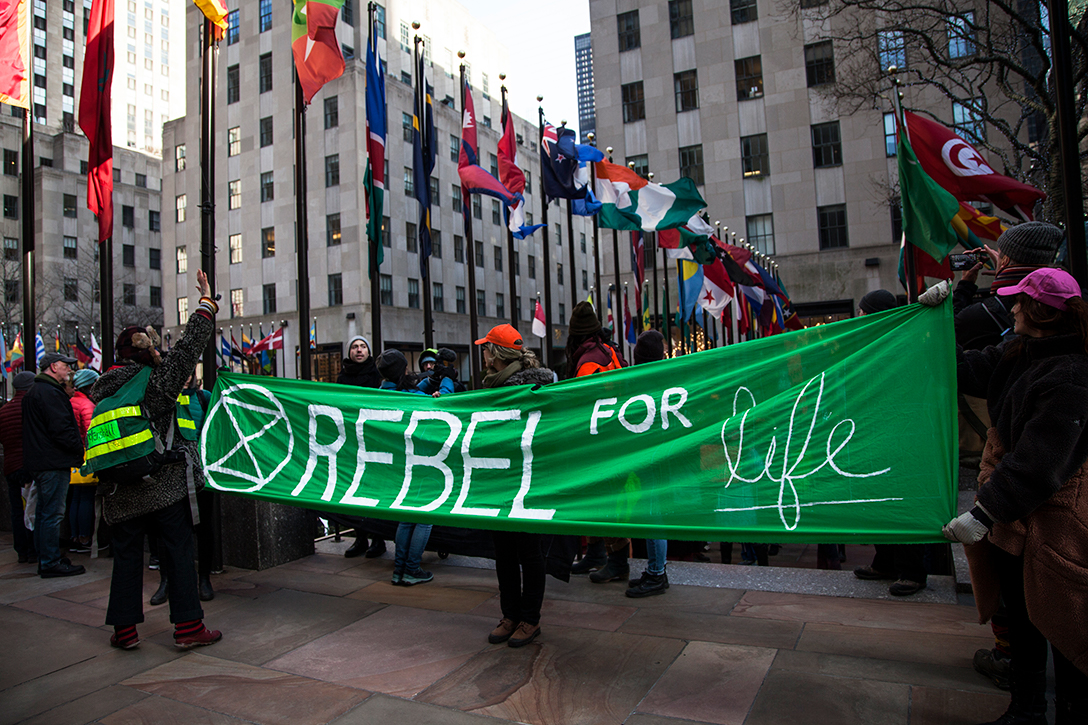 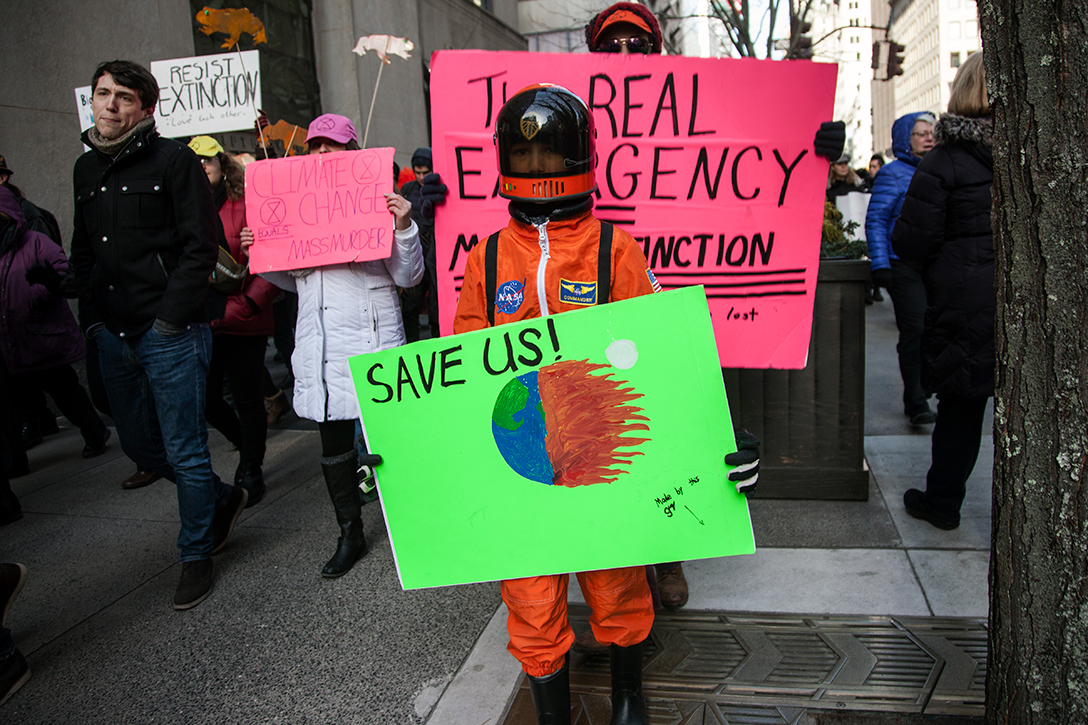 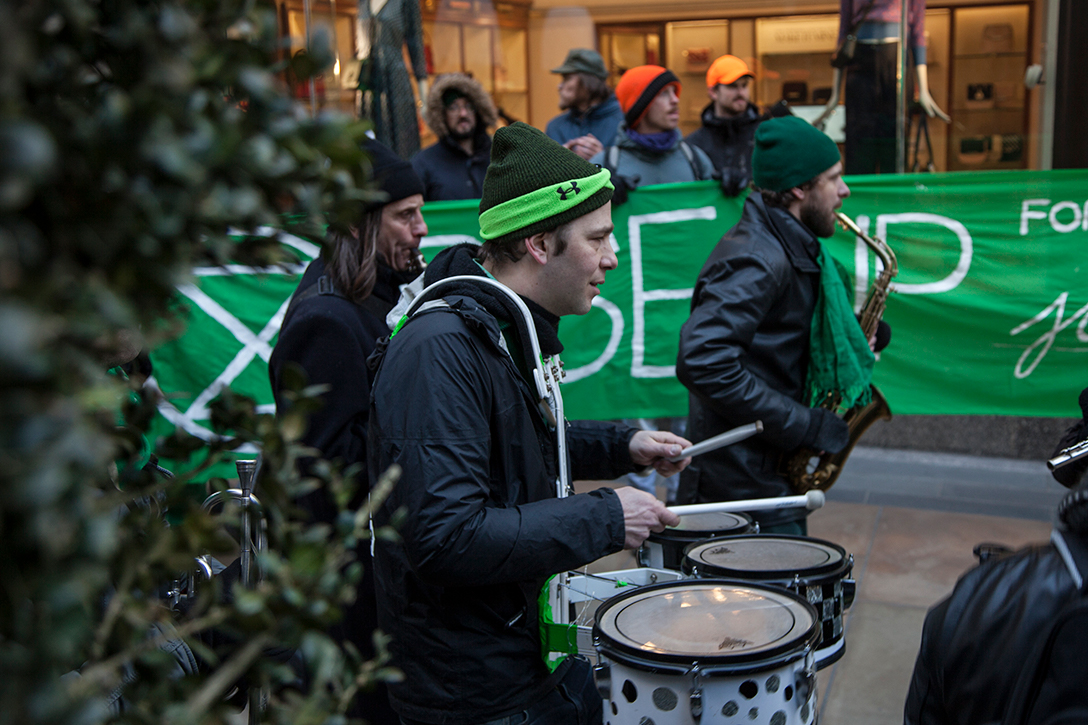 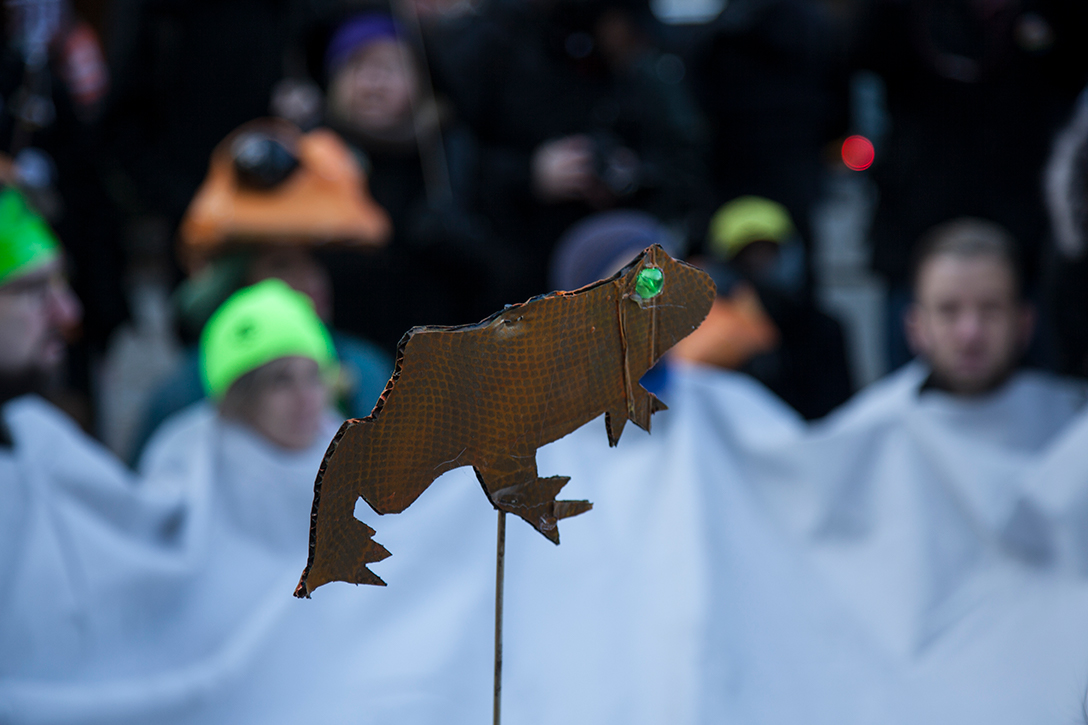 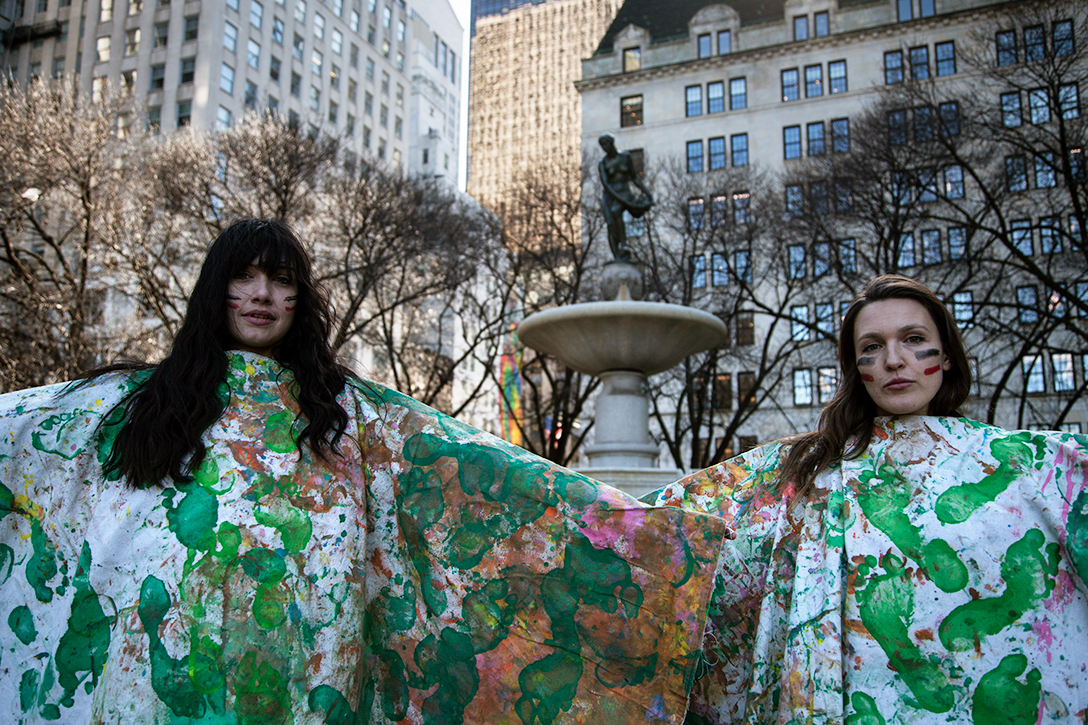 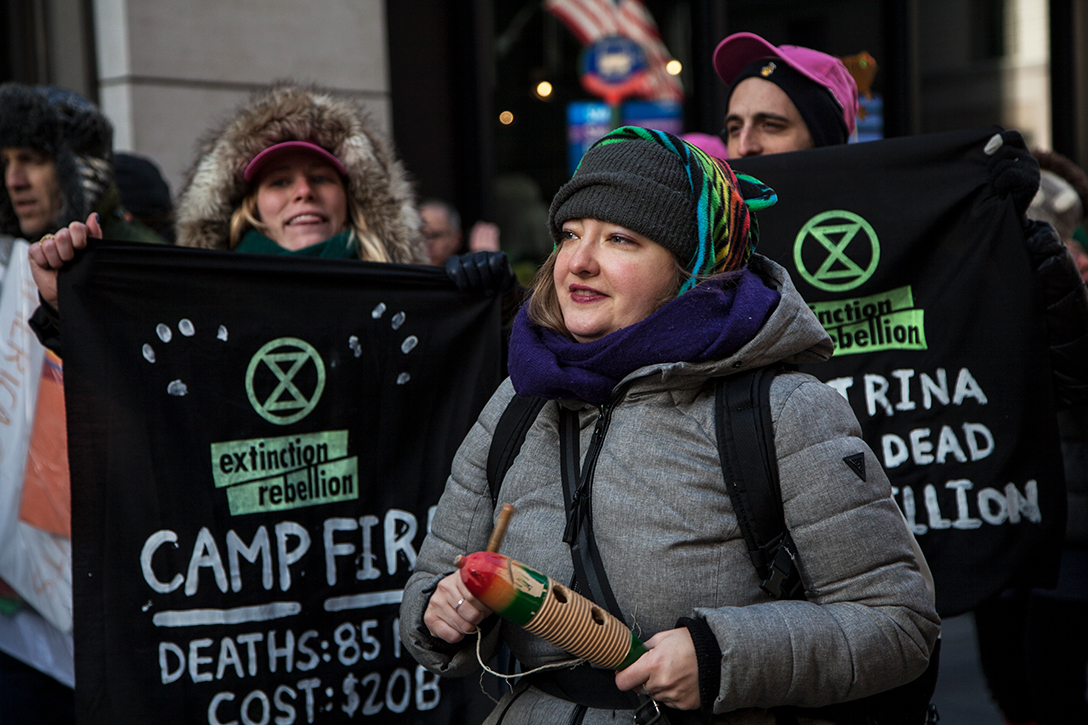 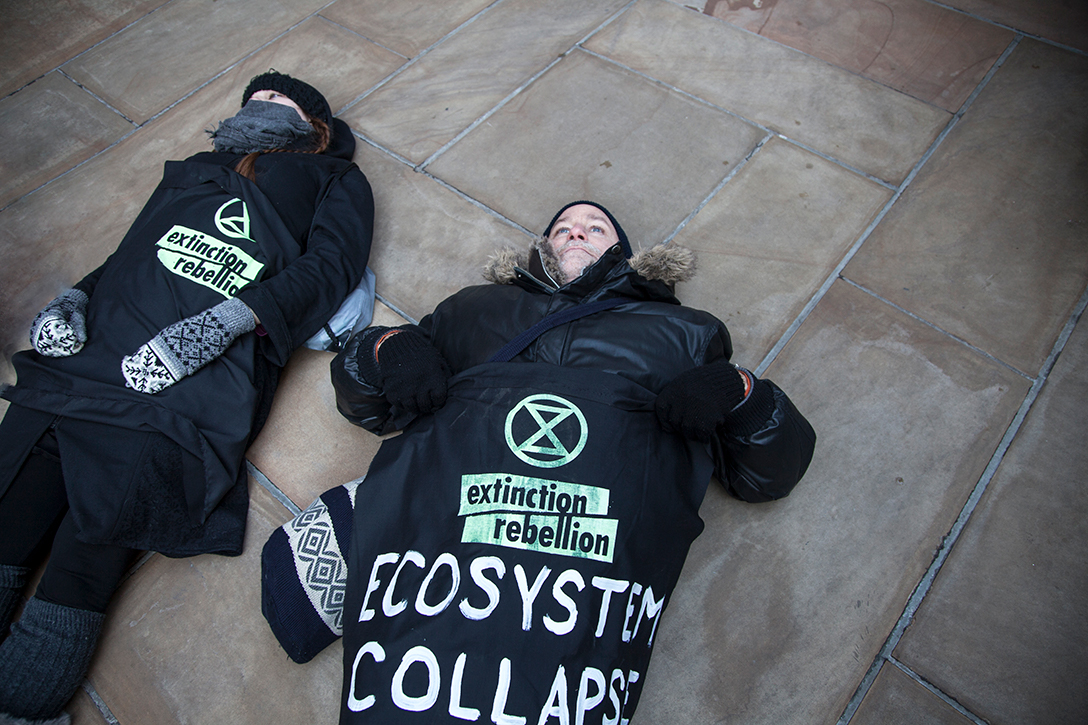 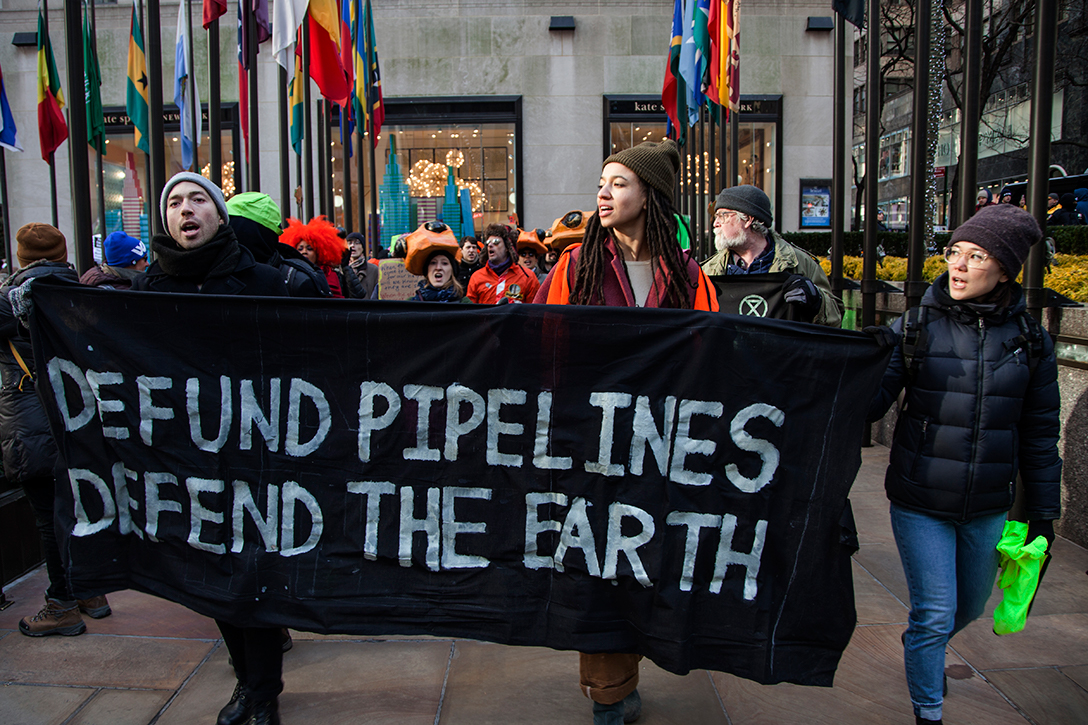 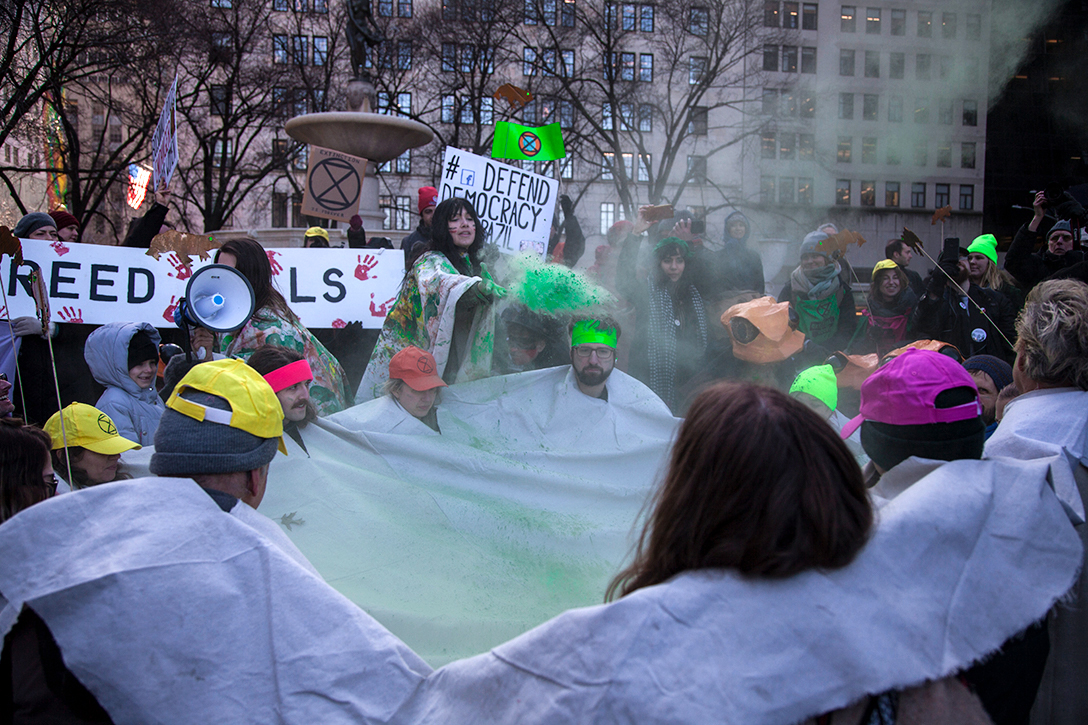 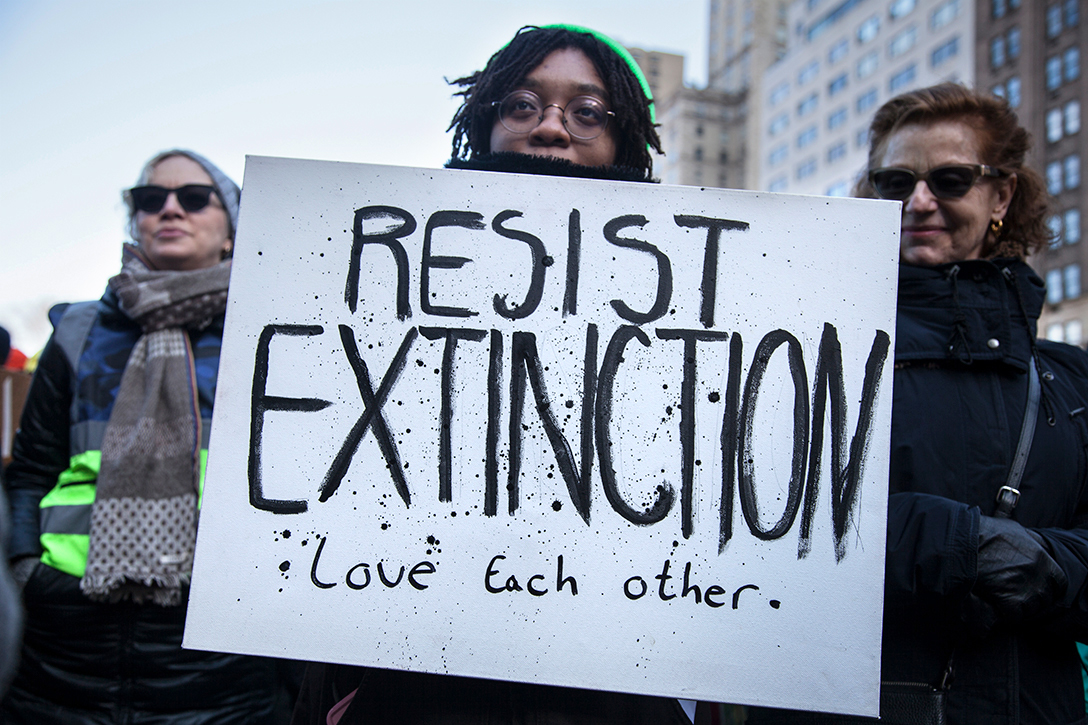