Partisan gerrymandering is alive and well after the United States Supreme Court opted not to issue a decision in pivotal cases from Wisconsin and Maryland. Many had hoped for a historic ruling in which the court would determine whether blatantly partisan gerrymandering could be unconstitutional. Instead, it sent the cases back to lower courts for further “substantiation.” The decision leaves states free to continue to draw election districts to gain partisan advantage.

Democrats brought the challenge in Wisconsin against a 2011 map drawn by Republican legislators. In Maryland, Republicans challenged a map drawn by Democrats. Chief Justice John Roberts, with unanimous support, found that the plaintiffs in the Wisconsin case had not proven they had been harmed by gerrymandering, and thus lacked standing. The plaintiffs in the Maryland case had simply waited too long to seek an injunction.

“This Court is not responsible for vindicating generalized partisan preferences,” Roberts said in his opinion. “The Court’s constitutionally prescribed role is to vindicate the individual rights of the people appearing before it.”

Two justices, Neil Gorsuch and Clarence Thomas, would have dismissed the cases outright rather than sending them back to the lower courts.

The 12 plaintiffs in the Wisconsin case, Gill v. Whitford, first filed a complaint in 2015, arguing that the statewide district map drawn by Republican legislators in 2011 amounted to “one of the worst partisan gerrymanders in modern history.”

Through strategic “cracking” and “packing” of districts, the majority Republican legislature sought to dilute the Democratic vote to ensure lasting control — in effect, violating the first and 14th amendment rights of voters. Their plan worked: In 2012, Republicans won a majority of the seats with 48.6 percent of the vote. In 2014, they increased their advantage to 52 percent of the vote. 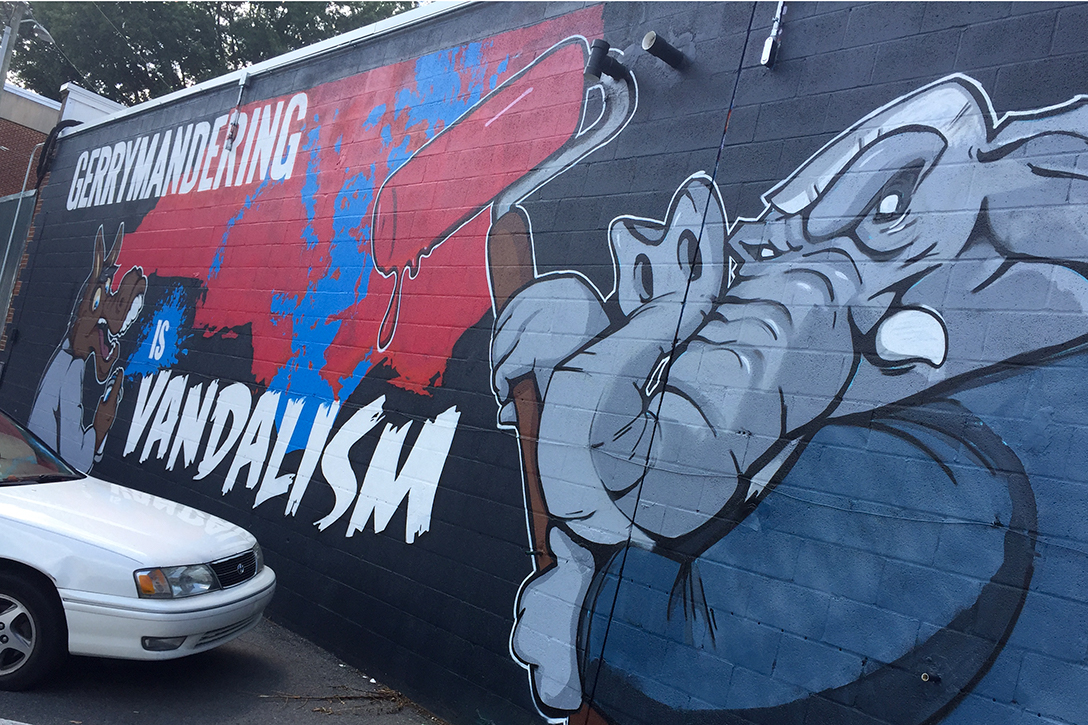 The US District Court of Western Wisconsin ruled in 2016 that the statewide map targeted Democratic voters by design. The defendants appealed the District Court decision and the case moved to the US Supreme Court. State legislators maintained that their actions were within the limits of the law and did not violate the constitutional rights of Democratic voters.

The plaintiffs built their case around a theory of voter dilution on a state level, rather than focusing on specific districts.

“The claim was that it was statewide and the conservative justices didn’t seem to buy off on that,” Jon Greenbaum, chief counsel of the Lawyers’ Committee for Civil Rights Under Law told WhoWhatWhy.

The legal injury claimed by the plaintiffs occurred within their particular districts, which the court opinion argues doesn’t necessarily implicate the statewide map. The plaintiffs didn’t provide ample evidence that the statewide map, rather than the specifics of their districts, was at fault. “Remedying the harm does not necessarily require restructuring all of the state’s legislative districts,” Roberts notes in his opinion.

“The court had abundant evidence that extreme gerrymandering in Wisconsin and Maryland is toxic for democracy,” Michael Li, senior counsel at the Brennan Center for Justice at NYU School of Law, said in a statement. “But while it’s disappointing to see the Court punt, the decisions aren’t losses.”

An Opportunity for Revision

Despite his disappointment with the court’s failure to rule on the merits of the case, the decision to return the case to the lower courts could demonstrate more willingness to address these issues head-on, Greenbaum said. In 2004, the last time the US Supreme Court heard a case on partisan gerrymandering, in Vieth v. Jubelirer, four justices argued that gerrymandering claims weren’t the business of the court at all. Then-Justice Antonin Scalia wrote there was no “judicially enforceable limit on the political considerations that the states and Congress may take into account when districting.”

With the support of Justices Sonia Sotomayor, Ruth Bader Ginsburg, and Stephen Breyer, Justice Elena Kagan issued a concurring opinion that outlined something of a roadmap for how to build tighter cases around partisan gerrymandering going forward. Nevertheless, the plaintiffs in the Wisconsin case, she maintains in her opinion, failed to sufficiently substantiate their claims. 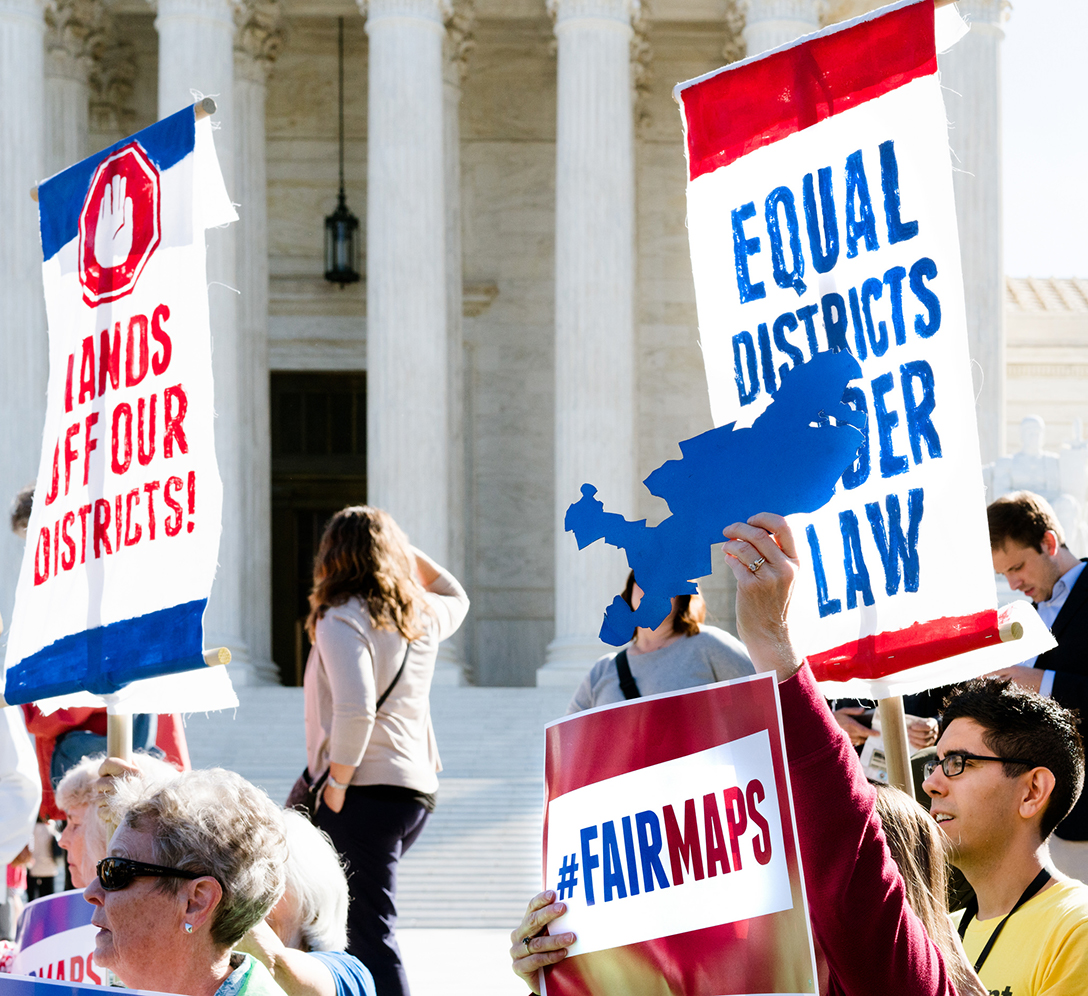 “This Court has explicitly recognized the relevance of such statewide evidence in addressing racial gerrymandering claims of a district-specific nature,” Kagan wrote in reference to the court’s decision in Alabama Legislative Black Caucus v. Alabama (2015). “The same should be true for partisan gerrymandering.”

As 2020 looms on the horizon, fighting partisan gerrymandering outside the courts may prove ever more pertinent.

“Americans should redouble their efforts to fix the redistricting process before the next national redistricting in 2021 — ensuring states draw fair maps that give voters a choice,” Li of the Brennan Center stated.

In states like Arizona, an independent redistricting committee is responsible for reevaluating the state map every ten years. In Michigan, the nonpartisan organization Voters Not Politicians is pushing for a ballot initiative to create a citizens’ redistricting commission. Organizers in Missouri are working on a constitutional amendment that would require the state to follow a statistical model to redistrict and employ a nonpartisan demographer to evaluate districts.

But time is already tight — the next maps will be drawn in 2021, which means initiatives have a short window to make it to the ballot. Greenbaum, though, is hopeful.

“People are going to continue to be interested in the issue and that provides a means for organizing,” he said. “I don’t think that’s going to go away.”