Speaking at the Clean Budget Coalition press conference organized by environmental, public health, and consumer advocates, the ranking Democrats on the House and Senate appropriations committees bragged about their performance in 2017. Democrats “fought like mad and took out all 160,” Leahy told reporters.

No, recalled Lowey, it was more than that. “My number was 170 … by the end of the process, we had eliminated nearly every single one.”

Lowey and Leahy were discussing budget riders — policy provisions that are added to must-pass spending bills. Congress, which now has agreed to overall spending levels for 2018, must pass an omnibus spending bill for all federal agencies. Members face a March 23 deadline.

Republicans “want to attack everything from the air we breathe, the water we drink, to consumer protections, to the endangered species act,” Leahy charged. He added that his party “won’t allow “[a bill with riders] to pass.”

Lowey made a similar vow. “Democrat votes are needed in both the House and the Senate to enact appropriations law,” she said. “We will not as Democrats provide votes to enact these poison pill riders.” 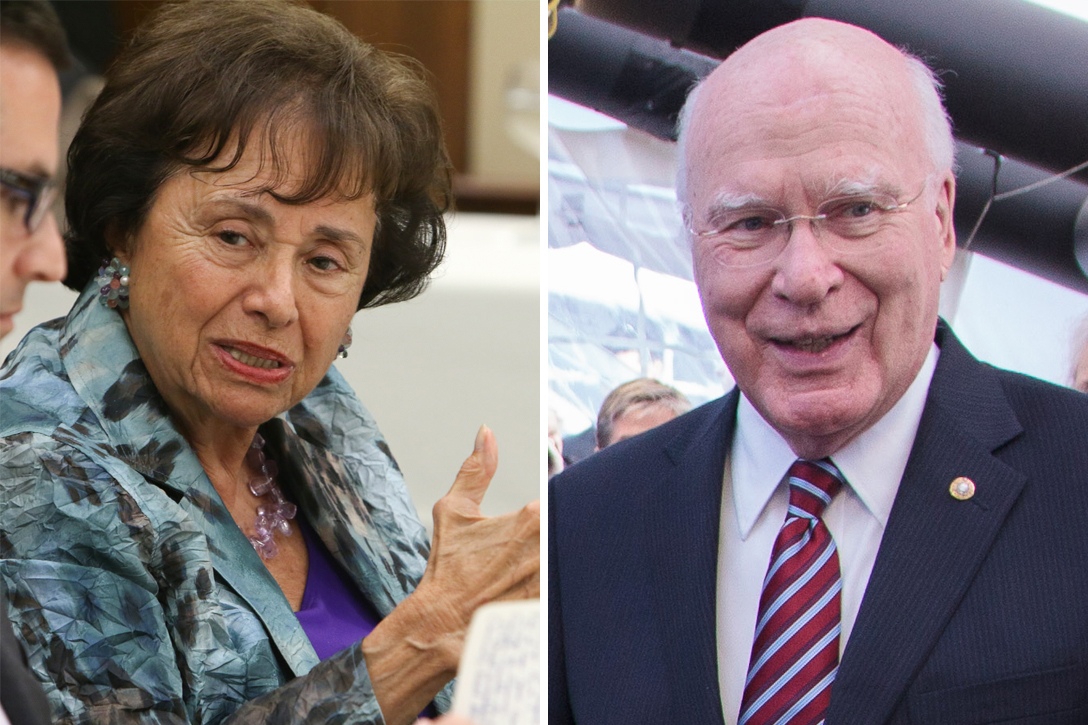 There is a reason that each political party fights so hard when it comes to budget riders. Riders can be particularly potent political weapons, ensuring that the legacy of one president or Congress persists far beyond its shelf date.

Riders have been a fact of life in Congress for generations. Often, if the White House and Congress are from two opposing parties, Congress can use such provisions to curb the power of the executive branch. For example, a Democratic Congress attached riders that blocked President Ronald Reagan from using federal funds to arm Contra rebels fighting a leftist government in Nicaragua. Those curbs led Reagan to secretly pursue an arms-for-hostages deal that gave us the Iran-Contra scandal.

But even when one party holds both the White House and Congress, riders are still valuable, giving members another avenue to promote a policy agenda that likely cannot achieve bipartisan support.

When Democrats held both chambers in 2009, for example, they unsuccessfully tried to pass riders to make access to contraception cheaper and easier, relax Cuba travel restrictions, and cut a school-voucher program in the District of Columbia. 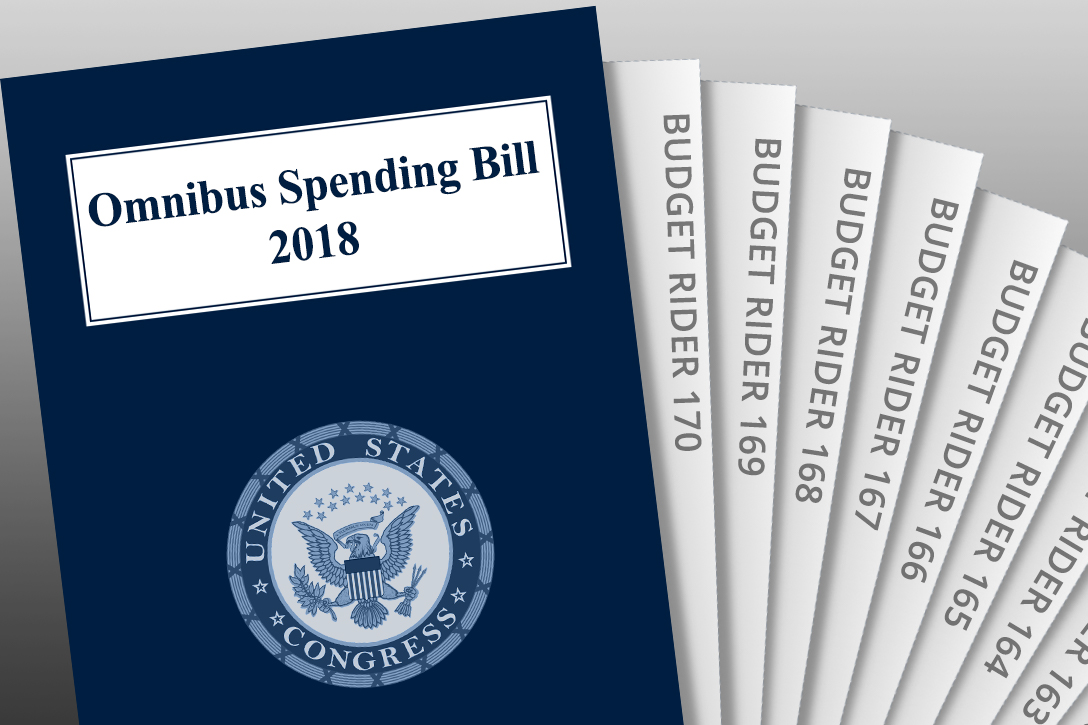 So, it’s not surprising that riders now remain attractive to Republican members, despite their success in advancing their agenda through new leadership at federal agencies and executive actions by the White House.

Related Story: How ‘Dirty’ Budget Bills Hurt Women, the Environment, and Your Health

That’s because new agency heads and even a new president cannot completely undo the legacy of past Congresses and administrations.

But most of these actions either require time to take hold or can be challenged. “The courts have stopped Pruitt,” in his efforts to overturn the 2015 Clean Water Rule, said Trip Van Noppen, president of Earthjustice.

And while a Trump White House might change the direction of the CFPB, a rider that changes the way it is funded — through annual appropriations rather than the Federal Reserve — would have far larger implications, making the bureau dependent on Congress, said Lisa Donner, executive director, Americans for Financial Reform.

“Sweepingly and permanently they’d subject the bureau, unlike other financial regulators, to the appropriations process as a way of cutting its budget,” Donner charged. “They’ll shrink it down to size, and keep shrinking it, especially if it causes trouble by holding powerful corporate actors to account.”

Riders can also strengthen the hand and expand the reach of political appointees with very specific agendas.

Consider the policies advanced by one political appointee in the Office of Refugee Resettlement (ORR) at the Department of Health and Human Services (HHS). ORR director Scott Lloyd has unilaterally decided that unaccompanied immigrant minors detained by immigration authorities should not have access to abortion.

Lloyd, who is fiercely opposed to abortion and was formerly employed by the Catholic Knights of Columbus, has denied the procedure to at least seven women, including one rape victim. The minors all ultimately were able to have abortions — in some cases only after the courts intervened. Lloyd’s new policy goes against the policy of Immigration and Customs Enforcement (ICE). ICE allows adult detainees to undergo abortions and pays for the procedure in cases of rape and incest.

But a rider in the House Health and Human Services (HHS) spending bill would essentially extend Lloyd’s abortion ban to all ICE detainees, charged Dana Singiser, vice president of public policy for Planned Parenthood. The rider “would embolden an additional federal agency to inflict the same policy on hundreds of thousands in ICE custody,” she warned.

Another feature of budget riders? Their permanence. While new Congresses could theoretically rescind the riders enacted by previous Congresses, that rarely happens.

Consider, for example, the long life of the Dickey amendment. In 1996, then-Rep. Jay Dickey (R-AR) inserted a rider that banned the Centers for Disease Control and Prevention from supporting any research that advocated for gun control. While the amendment did not forbid federal funding for all gun research, it was difficult to know when research could be perceived as bleeding into advocacy, so essentially federally-funded research on gun use and the public health impacts of guns disappeared.

In 2012, after the murder of 20 first-graders in Sandy Hook, CT, President Barack Obama directed the National Institutes of Health to fund gun violence research proposals; but that effort, which was phased out in 2017, only supported, at most, 14 grants totaling $11.4 million.

Even this year, after 14 high schoolers lost their lives in Parkland, FL, key Republican appropriators appear unwilling to cut the provision.

The resilience of the Dickey rider is a “great example of what happens with these poison pill provisions that get attached to appropriations bills,” said Andrew Rosenberg, director of the Center for Science and Democracy at the Union of Concerned Scientists. “Once they are in, they’re extremely hard to get out. No matter the public outrage, no matter the public consequences. No matter the scale of the crisis.”

One response to “Like Death and Taxes, Budget Riders Are Forever”