When masked gunmen killed renowned Honduran environmentalist Berta Cáceres in her home two years ago, many believed the murder was connected to her protests against the construction of a dam on a river sacred to an indigenous tribe.

The arrest last week of Roberto David Castillo was a major break in the investigation of the crime. At the time of the murder, Castillo was the CEO of Desarrollos Energéticos SA (DESA), the construction company that initiated the dam project.

Castillo was arrested at the airport as he attempted to leave the country. He is the ninth person to be charged in connection with the murder — the others are already serving varying sentences — and his arrest suggests that the order for the killing came from the very top.

Last fall, a team of five international lawyers issued a report charging that the assassination had been planned for months and included agents of the government, as well as company employees and executives. The report may have put more pressure on the Honduran government to make the arrest.

Best known for her tireless work against the construction of the dam, Cáceres had been receiving death threats from police, politicians, and construction companies for months leading up to her murder.

The proposed dam on the Gualcarque river would have flooded the surrounding lands, cutting off the indigenous Lenca people from water, food, and medicine. Through her activist group, the Council of Popular and Indigenous Organizations of Honduras (COPINH), Cáceres had been campaigning against this project for years, charging that the government had licensed DESA to build the dam without the legally required consultation with the local people.

Roberto David Castillo Mejía was the president of hydroelectric dam company DESA at the time of #BertaCáceres' murder, two years ago today. Media reports indicate he was arrested at the SPS airport attempting to leave the country. Official statement: https://t.co/IFjWkiYPx0 pic.twitter.com/9YzlmsaIXB

Her family, friends, and the COPINH always claimed that the murder was set in motion at the highest ranks of DESA. But the authorities proceeded on the theory that it was the result of a botched robbery. An independent investigation by the International Advisory Group of Experts (GAIPE) found that involvement in the murder went far beyond members of DESA, reaching all the way to the Attorney General’s office, the state’s security forces, and the country’s financial institutions.

Castillo, who used to work for military intelligence, is accused of masterminding the assassination and providing logistical support and resources to one of the assassins charged.

With the suspected point man, the four assassins, and three more conspirators believed to have helped plan the assassination already behind bars, Castillo represents a large missing piece in the puzzle of Cáceres’s death. 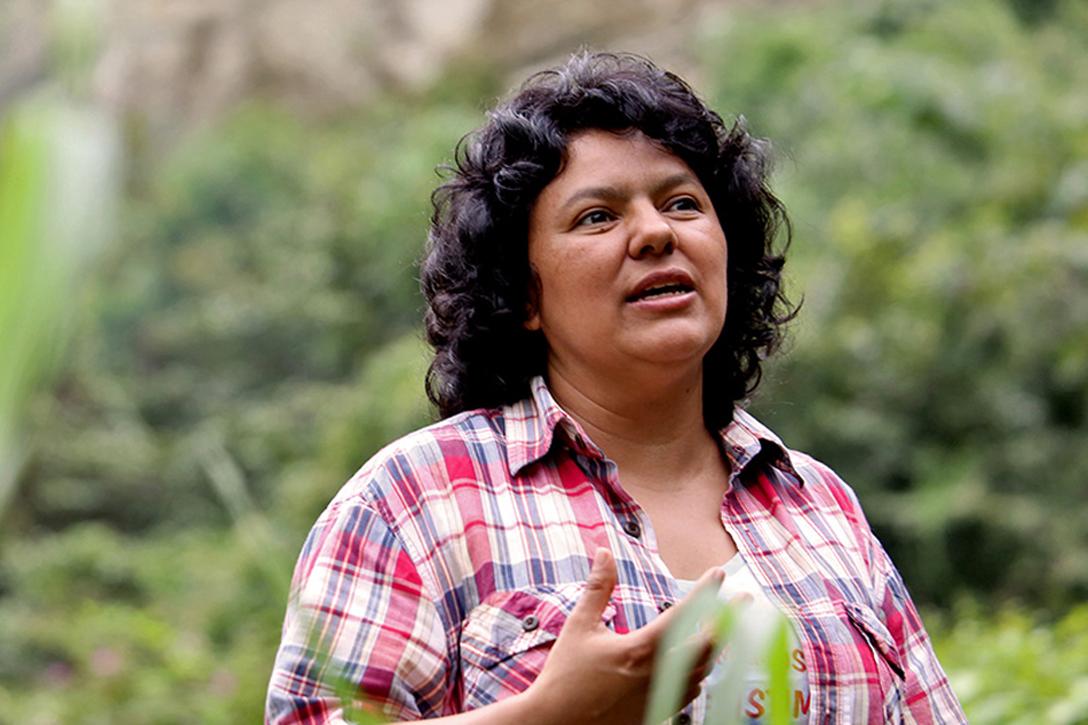 COPINH, which is now led by Cáceres’s second eldest daughter, has stated it will continue to fight against “the entire murderous, criminal structure behind the assassination of our sister Berta Cáceres of which David Castillo is just one piece.”

3 responses to “CEO Behind Murder of Environmental Activist Arrested”