How to Avoid Being Linked to the JFK Assassination: Get Yourself Locked Up - WhoWhatWhy
Reading Time: 6 minutes

On September 20, 1963, two months before President John F. Kennedy was gunned down in Dallas, a highly decorated Army veteran named Richard Case Nagell walked into a bank in El Paso, fired two shots into a wall from a revolver, and went outside to await arrest. There was speculation, even by the officer who put him in handcuffs, that for some reason he wanted to be locked up. Nagell was charged with attempted bank robbery. Only later would he indicate to the FBI that he feared being implicated in an “inimical act” — one that involved accused JFK assassin Lee Harvey Oswald.

Nagell would end up serving more than four years in federal prisons following two trials presided over by Judge Homer Thornberry — a close friend of new President Lyndon Johnson, who suddenly resigned a congressional seat to take over the Nagell case early in 1964. Following Nagell’s release from Leavenworth Penitentiary in April 1968, he quickly obtained a passport, left the country, and traveled to East Germany. There he was removed from a train and held behind the “Iron Curtain” for another four months, until being returned to US intelligence officials at the Berlin border. 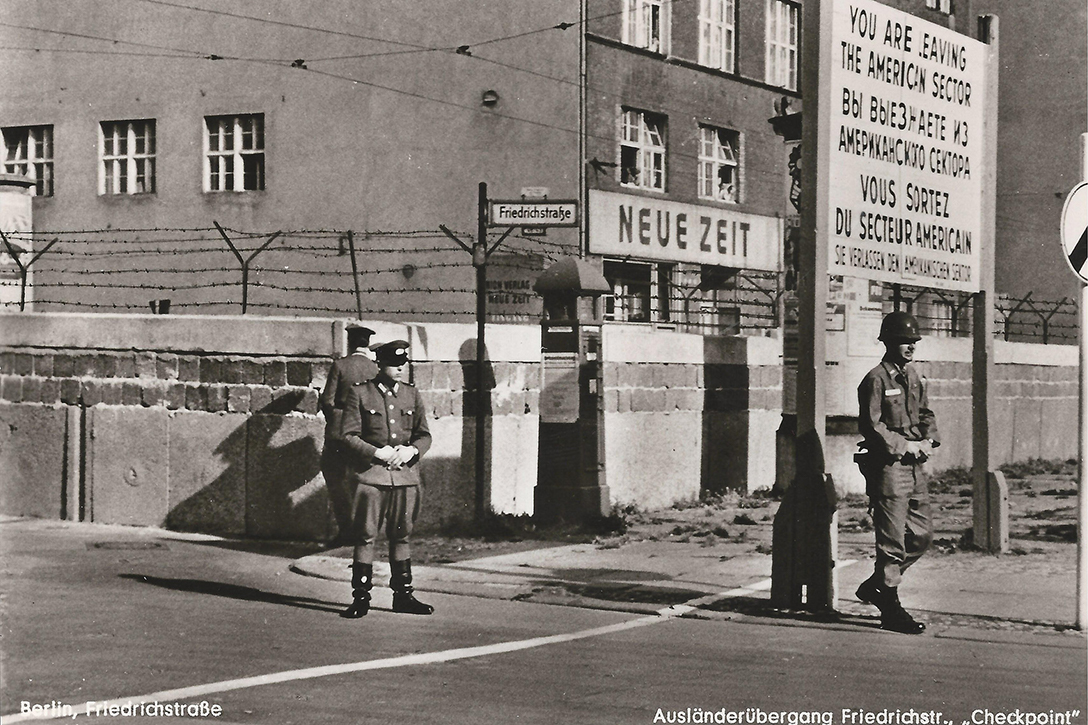 What could be known of Nagell’s strange saga was featured in my book on the Kennedy assassination, The Man Who Knew Too Much. Now recent releases from the National Archives of long-withheld CIA and FBI assassination-related files shed new light on Nagell, and on which branches of the CIA had the strongest interest in him.

A 220-page CIA Office of Security file on Nagell — including a section on “Alleged Connection with Lee Harvey Oswald” — raises more new questions than it answers. A primary responsibility of the Office of Security (OS) is the protection of classified material. Upon his arrest prior to the assassination, Nagell had suggested that the FBI look in the trunk of his car. Besides a small Minolta spy camera and other items, it contained a notebook. According to the just-released OS file, the contents included “what purport to be various codes, CIA and FBI agents’ names, Soviet and other Communist embassy addresses and names, and the addresses of various other people and organizations, including the Los Angeles address of the ‘Fair Play for Cuba Committee.’”

Lee Harvey Oswald had set up a Fair Play for Cuba Committee chapter in New Orleans in the summer of 1963. His own notebook, found at the time of his arrest after the assassination, had other similar listings to Nagell’s — including the telephone number for the Cuban Embassy in Mexico City. Nagell’s notebook designated the same phone number — 11-28-47.

The CIA’s OS file makes no mention of these similarities. Indeed, the OS goes out of its way to portray Nagell as a mentally disturbed individual, while at the same time conducting an extensive investigation into six names listed under “CIA” in Nagell’s notebook. Each name had a check mark beside it. One was “J. Sloss,” who the OS concluded was likely John Richard Sloss, a longtime employee with the Agency’s Senior Research Staff. According to a March 3, 1965 memo to the OS from the Chief of the Research Branch, Sloss had been “granted a ‘Q’ Clearance in October 1963” — higher than Top Secret — while subsequently being polygraphed in 1964 “regarding giving CIA documents or classified information to unauthorized persons [and] contact with a possible Communist sympathizer.” 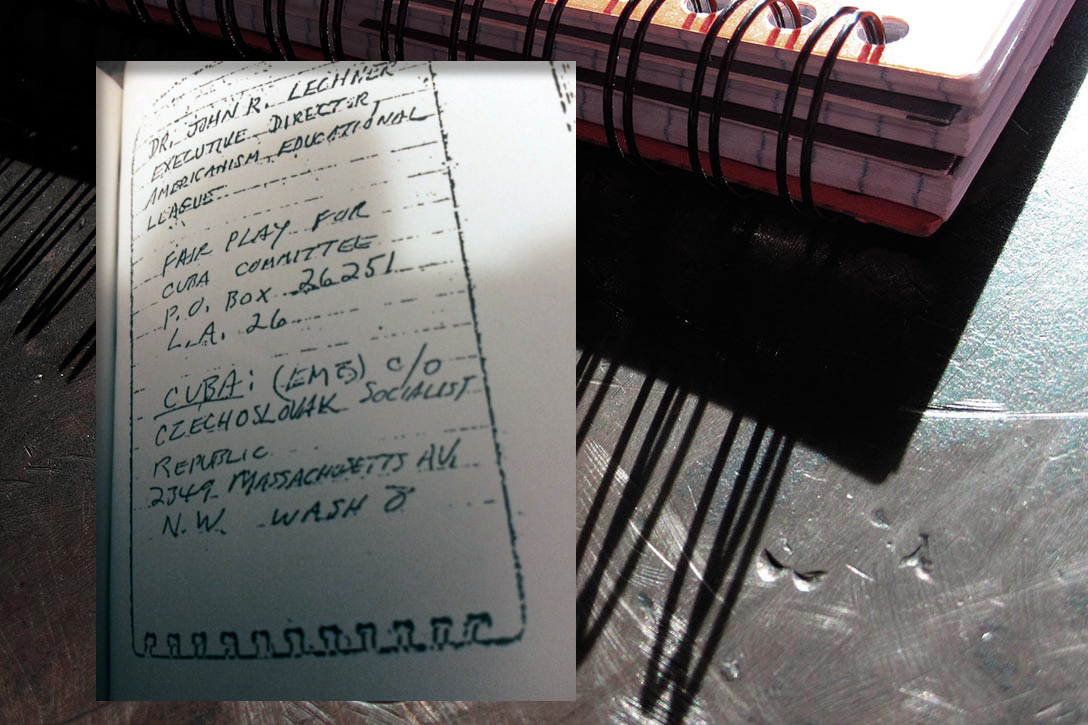 A page from Richard Case Nagell’s notebook. Photo credit: Adapted by WhoWhatWhy from Beth Jusino / Flickr (CC BY-NC 2.0) and The Man Who Knew Too Much

Sloss’s name has never come up in connection with the assassination, but his appearance in Nagell’s notebook certainly adds credence to the likelihood that Nagell was engaged in intelligence-gathering activities. The OS file goes on to describe Nagell’s having walked into the American Embassy in Mexico City in the fall of 1962, saying that he wanted to renounce his citizenship. Three autumns earlier, ex-Marine Oswald had done the same thing in Moscow in an alleged “defection” with radar secrets to the Soviet Union, where he remained until the summer of 1962. The OS document on Nagell cites an FBI interview with Fred Morton, the district attorney in the El Paso bank case, that Nagell also “allegedly turned over secret material to Soviet agents while in the Military Service.”

So the pattern of both their lives make it appear that Oswald and Nagell were staunch leftists and even enemies of the state. But were they? Or was something else going on? According to a not-previously-seen CIA interview about Nagell with a Colonel Ned Glenn (March 24, 1964), the colonel and Nagell had in the 1950s both been attached “to an Intelligence Branch of the United States Army in the Far East.” Nagell was “a member of the US Army Counterintelligence Corps in Japan,” designated as the 3rd Operations Group, until “terminating in about 1958.”

That was the same timeframe when Oswald served as a Marine radar operator at the Atsugi Naval Air base in Japan. Nagell told this author in 1975 that he’d had a “purposeful, but casual acquaintance” with Oswald while both were stationed there.

FBI files released some years ago had cryptic references to a Nagell-Oswald relationship, and are quoted anew in the OS document. On December 19, 1963, Nagell had “advised Special Agents of the El Paso Office of the FBI that ‘for the record’ he would like to say that his association with LEE HARVEY OSWALD was purely social and that he had met OSWALD in Mexico City and in Texas.” (Nagell’s arrest outside the bank preceded Oswald’s alleged trip to Mexico City a week later; if accurate, Nagell would have been referring to an earlier sojourn).

Then, on January 2, 1964, Nagell advised agents of both the FBI and Secret Service “that he had been acquainted with MARINA, the wife of LEE HARVEY OSWALD. Subject further pointed out that OSWALD was having marital difficulties with Marina.” The Secret Service is on record as having interviewed Marina Oswald about Nagell, but no transcript or notes are known to exist — only the FBI’s assertion that a photo of Nagell was shown to her, and that she supposedly said she’d never seen him before. 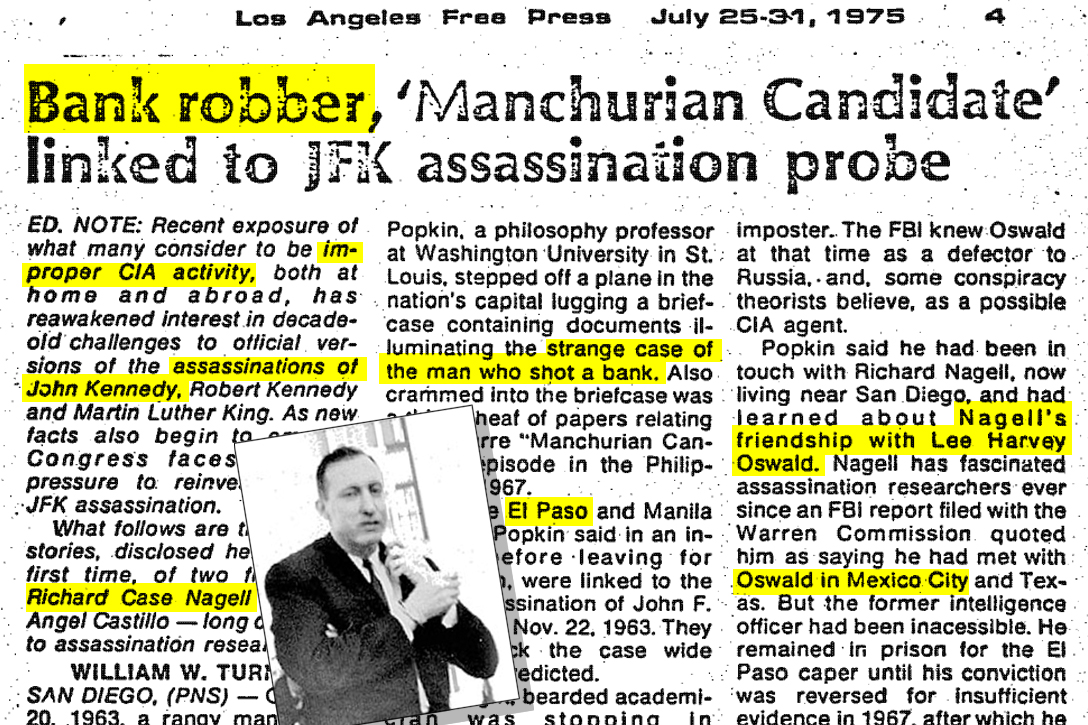 The OS file also describes an FBI report of an earlier meeting Nagell had had with Bureau agents in Miami, on January 24, 1963: “Subject stated he wished to be advised if he was given a pistol with a silencer and possibly some microfilm by sources — Cuban, Russian or both — from Mexico City through a Cuban in Miami — if he would be permitted to return these items to his contact so he could be of further use to the United States Government … He gave the impression that he was better at determining what the enemy is up to than the agencies regularly handling these matters, except the FBI.” Nagell also “claimed he had the names of all Americans involved in activities against the United States in a safe deposit box, the key to which he gave to a close friend in the event of his death.”

So the Nagell files also point to his involvement in some kind of counterintelligence (CI) operation, one that could well have overlapped with Oswald. Indeed, a number of other newly released files, pertaining to Nagell’s mysterious 1968 arrest in East Germany upon release from prison, bear routing initials of “CI,” a subject we will take up in Part 2 of this article.

While the OS release on Nagell contains no smoking guns, it’s obvious he was far more than a “lone nut” whose temporary insanity brought about his arrest outside the El Paso bank. That defense, upheld by a US appellate court, would eventually be the basis of his release — after Judge Homer Thornberry had sentenced Nagell to the maximum ten years, oddly enough “with the provision he may be released at any time the U.S. Bureau of Prisons decides.”

According to the CIA’s Office of Security, “A ten year prison sentence does seem harsh,” although “NAGELL’s complaint that he was ‘salted away’ is open to speculation.” The same previously classified file adds: “His story of being involved in espionage is not fully contradicted by evidence.”

That evidence, briefly mentioned in the OS material, includes an article that appeared in the El Paso Times (January 27, 1964) concerning Nagell’s arraignment for attempted bank robbery. It was headlined: “Suspect Says Agents Asked Him About Oswald, Activities Link.” According to the article, Nagell “said he had been questioned by the FBI and the US Secret Service, regarding alleged subversive activities and also Lee Harvey Oswald … Nagell’s assertions came when he was attempting to have some documents and photographs returned to him.”

They never were. Judge Thornberry, President Johnson’s close friend, apparently made sure of that.

7 responses to “How to Avoid Being Linked to the JFK Assassination: Get Yourself Locked Up”