Conservationists in Mexico have front-row seats as yet another species is on the verge of extinction. They can watch, but it looks as though there is little they can do to prevent it.

This time, the species in question is the vaquita porpoise. Experts believe there are only about 30 vaquita left in the warm waters of Mexico’s Gulf of California, the only area in the world where the small porpoises are known to live.

Only discovered in 1958, the vaquita 一 known as the “panda of the sea” for the darkened rings around its eyes 一 has always been a rare and enigmatic creature. A 1997 study identified roughly 600 vaquita in the Gulf of California, and by 2008, that figure had dropped to about 250. But the vaquita’s numbers have dwindled dramatically in recent years, and the species’ exponential decline can be attributed almost entirely to human activity, especially gillnetting (more on this below).

When the last of them dies, the vaquita will pass on the dubious distinction of “the world’s most endangered marine mammal” to the next species on the list.

To prevent that from happening, conservationists had been engaged in a last-ditch effort to rescue the porpoises. An international team of experts set out to identify and track any remaining vaquita, with the hope of eventually placing them in specially designed sea pens where they could be safely housed and monitored.

That was a risky prospect, especially considering that similar porpoises can’t survive in human care.

The mission was a part of VaquitaCPR, an international effort that brought together multiple nongovernmental organizations and the governments of the United States and Mexico in a final, emergency attempt to save the vaquita from the brink of extinction.

Even the US Navy got involved and contributed a group of specially trained dolphins to spot any members of the species across the Sea of Cortez.

For the first several weeks of the operation, efforts to save the creature seemed promising. In late October, scientists made history by briefly capturing a vaquita calf before returning the baby to the wild after it began to show signs of stress. The capture appeared to indicate that long-term care could be viable — with the right precautions in place.

But in early November, the team’s nightmare scenario unfolded when an adult female vaquita died while being monitored in captivity as a part of the operation. Dr. Cynthia Smith reported to the New York Times that the team successfully transported the vaquita from open waters into a sea pen where she was closely monitored. She began to swim back and forth erratically before suddenly going limp, likely due to the stress of being held in a human enclosure.

Although the VaquitaCPR team did its best to resuscitate the vaquita, its efforts were unsuccessful.

The adult vaquita’s death suggested that the species might be more averse to human care than some conservationists previously thought. It also complicated an already arduous and controversial mission which cost roughly $5 million over the course of this year alone.

Perhaps more than anything though, the loss was a blow to the team’s morale and a sign that the vaquita’s chances of long-term survival are dwindling.

A devastating setback. There are no words to express how sad I feel. https://t.co/RG9bNYuJ6j

This reflects a larger trend in the field of animal conservation. Researchers can typically predict the downfall of a species decades in advance, but there’s little they can do to stop the decline without proper financial and logistical resources. In many cases, governments, large corporations, and other powerful entities only begin to pay attention after it’s too late.

The last major porpoise to be declared extinct was the Baiji, a long-nosed, freshwater dolphin which lived in China’s Yangtze River for 20 million years until 2006. As so often in these cases, humans were to blame. The construction of dams, widespread industrialization, and overfishing were all significant factors that contributed to the species’ extinction. But conservationists like marine mammal biologist Dr. Tom Jefferson argue that the baiji could have been saved if those issues had been mitigated earlier.

“When that species was declining toward extinction, there was an attempt by the Chinese government to capture those remaining individuals,” he told WhoWhatWhy. “We believe [it] was done poorly, without using proper scientific knowledge and not following the recommendations of experts. And there were definitely some political and economic considerations that were involved in that operation.”

When an international group of experts was finally permitted to conduct an expedition along the Yangtze River in 2006, they couldn’t find a single baiji ー they were too late. Conservationists hope that the plight of the vaquita won’t end in the same manner. 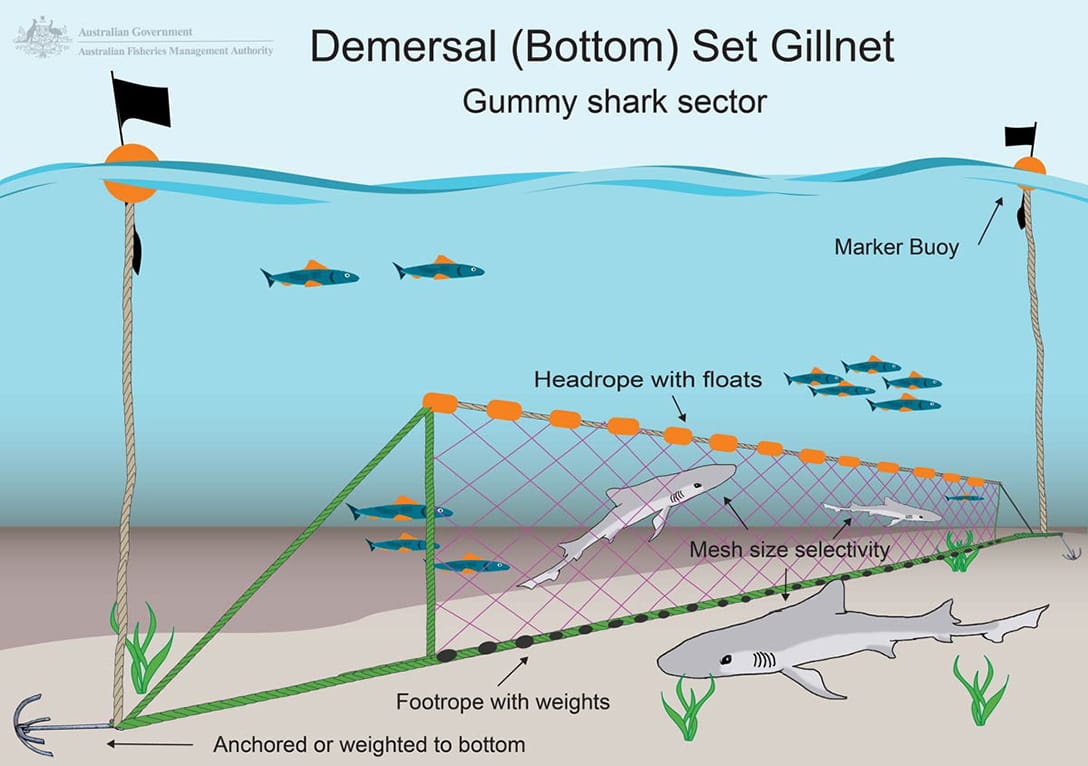 Fishers rarely hunt for vaquita specifically, yet drownings in gillnets are the most common human-inflicted cause of death for the species.

Gillnets are vertical panels of netting, usually set in a straight line, and are used everywhere, in the ocean and in freshwater.

Fishers often catch vaquita accidentally while hunting for the similarly-sized totoaba, another endangered animal whose swim bladders are valuable in Chinese black markets for unverified medicinal uses. A single totoaba swim bladder can sell for $10,000 on the black market, creating a valuable incentive for poachers in the region.

Gillnets are not dangerous in some contexts, yet they pose a significant risk in the biologically-diverse Sea of Cortez where many species local to the region are already at risk of becoming extinct.

Earlier this year, the Mexican government enacted a permanent gillnet ban across the Gulf of California. It was hailed by conservation scientists as a vital step to save the species and other endangered wildlife in the region.

Dr. Anna Hall, a zoologist who participated in this month’s rescue attempts, tells WhoWhatWhy that most fishers in the region have adjusted their methods to meet the government’s new regulations and have received financial reimbursement in return.

Although the vast majority of local fishers are doing their part, the international trading rings responsible for the bulk of the vaquita porpoise’s decline are much more difficult for authorities to locate and dismantle. And with so few members of the species remaining, any single gillnet entanglement could be a detrimental blow to the entire population.

With guidance from an independent review board, the VaquitaCPR team cancelled future attempts to capture the vaquita. The remaining days of the operation were spent focusing on visual sightings and sonar detection of the creature. The team hoped that identifying and naming individuals based on their unique physical characteristics could be an important tool for spreading visibility and awareness of the vaquita’s plight. 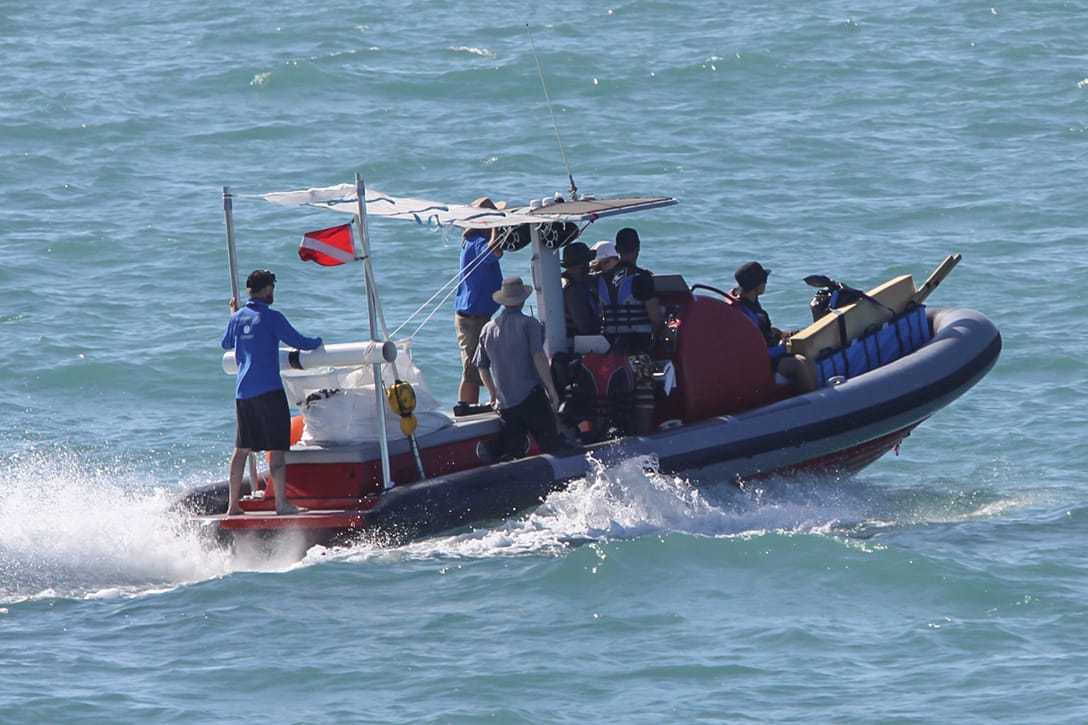 Conservationists from around the world have joined the urgent effort to keep vaquitas from vanishing entirely from their only known home — the Gulf of California. Photo credit: VaquitaCPR

Meanwhile, the Mexican government’s Ministry of the Environment will continue to scour the waters of the Gulf of Mexico to enforce this year’s permanent gillnet ban. They will serve as the last line of defense against illegal poachers, but no one knows if that will be enough to save a species on the brink of extinction.

The vaquita’s plight may be just the latest example of how conservationists’ efforts to save endangered wildlife can’t compete with the ever-increasing rate of human development and industrialization. Dr. Hall puts that reality in stark and simple terms.

“These animals are very small and relatively difficult to find because of their remote location in the Sea of Cortez,” she said. “And of course, now their numbers are very low. To me, it’s so incredibly sad that this species could vanish, and most of the world wouldn’t even know, or notice.”