A day after Turkish President Recep Tayyip Erdogan threatened to attack Kurdish forces in Syria, social media were abuzz with reports of an impending Turkish operation against these troops, who have been the main US ally on the ground against the Islamic State.

The enclave of Afrin and the Kurdish-held city of Manbij, both in northern Syria near the Turkish border, are expected to be the initial targets of such an attack. 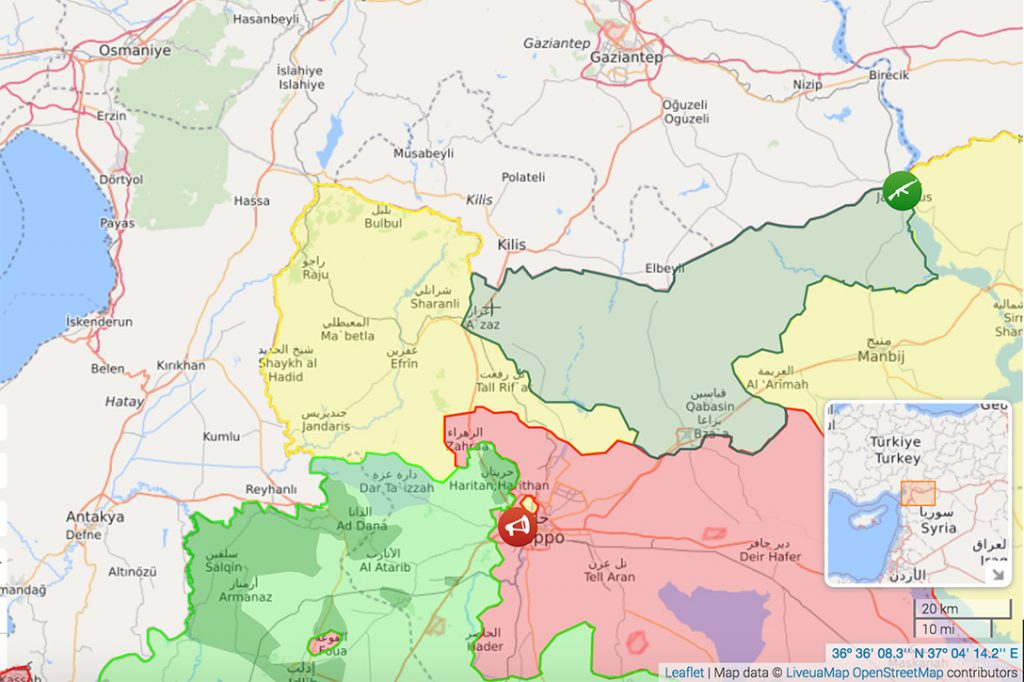 Weeks ago, Turkish troops entered the rebel-held Syrian province of Idlib, partially surrounding Afrin, with the stated goal of combating terrorists and helping to de-escalate violence between rebels and the Syrian army.

“Our operation in Idlib is nearly complete,” Erdogan said Monday, according to the Turkish press. “Ahead of us is Afrin. These are threats to us and we will never make concessions to such threats.”

WhoWhatWhy has been far ahead of the curve reporting on the increasingly likely operation against the Kurds — which would come as a test of President Donald Trump’s foreign policy — as well as on the convoluted situation in Turkey and northern Syria. Stay tuned.