The Las Vegas slaughter was not the first time a sniper sought out higher ground to target random individuals. More than 50 years ago, the Texas Tower massacre in Austin, Texas, was one of the first mass shootings in modern history. Since then, these events have become regular occurrences in the lives of Americans.

Below, we reprint a review of a documentary recreation of that tragedy, which highlighted the human stories behind the headline, and led viewers to question whether we are better off as a nation 50 years on.

By the time the gunman, Charles Whitman, a former marine sharpshooter turned architectural engineering student — with an arsenal, including a 6 mm Remington rifle with a telescopic sight, an M1 semi-automatic carbine, and several handguns — was finally killed, the toll was 16 dead and three dozen wounded. The siege traumatized the nation — back before this kind of pointless carnage became so common. 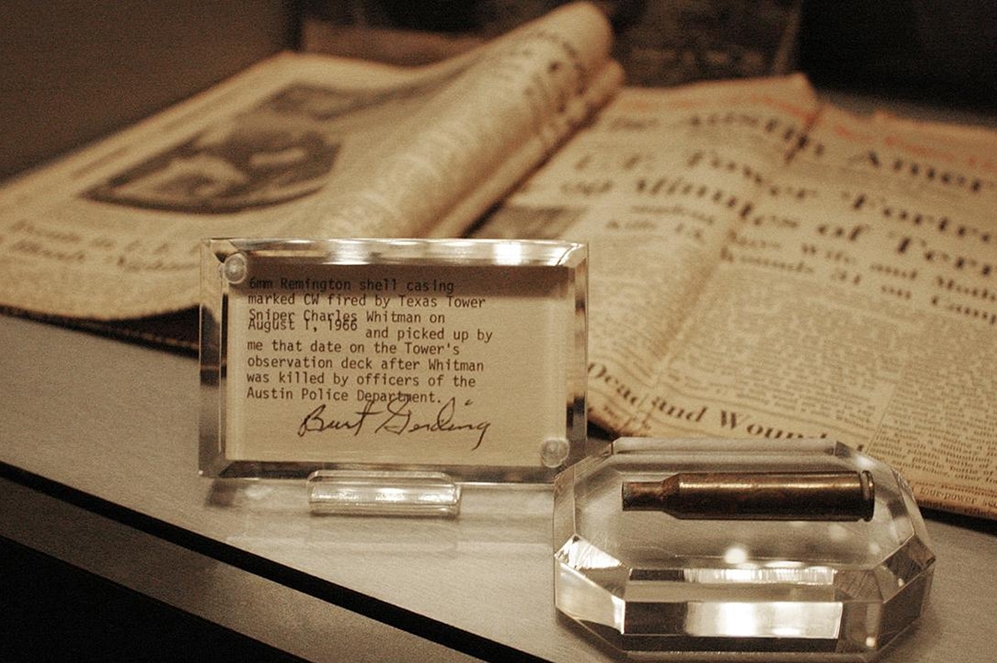