Carl Bernstein knows a thing or two about a high-ranking government official turning on his president. He and fellow Washington Post reporter Bob Woodward famously broke the Watergate burglary story, which ultimately led to the resignation of President Richard Nixon in 1974.

During their investigation, the reporters were, according to an account provided years later by Woodward, given critical information by Mark Felt, the FBI’s deputy director, whom they referred to as “Deep Throat.”*

Now, once again, a president is the target of leaks that are likely coming from high-ranking government officials.

During a recent CNN-hosted Q&A session at SXSW, WhoWhatWhy asked Bernstein his thoughts on the apparent conflict between President Donald Trump and what many are calling the “Deep State.” He expressed a skepticism about the term, saying that many unfounded conspiracy theories were being associated with it. He acknowledged however, that there are elements of the Deep State narrative that could be true.

Many different definitions of the Deep State are floating around. One common narrative is that intelligence bureaucrats, loyal to the Obama administration and liberal ideology generally, have been undermining the Trump presidency through damaging leaks to the press, especially concerning his business relationships with Russia.

According to a counter-narrative, forces within the FBI acted to support Trump in the way they handled the controversy over Hillary Clinton’s email server during the election.

When asked by CNN what to make of the Trump-Russia connection that has dominated news headlines, Bernstein gave a surprisingly conservative answer, saying, “I don’t know.” He stressed the need for careful investigative journalism to separate fact from fiction. 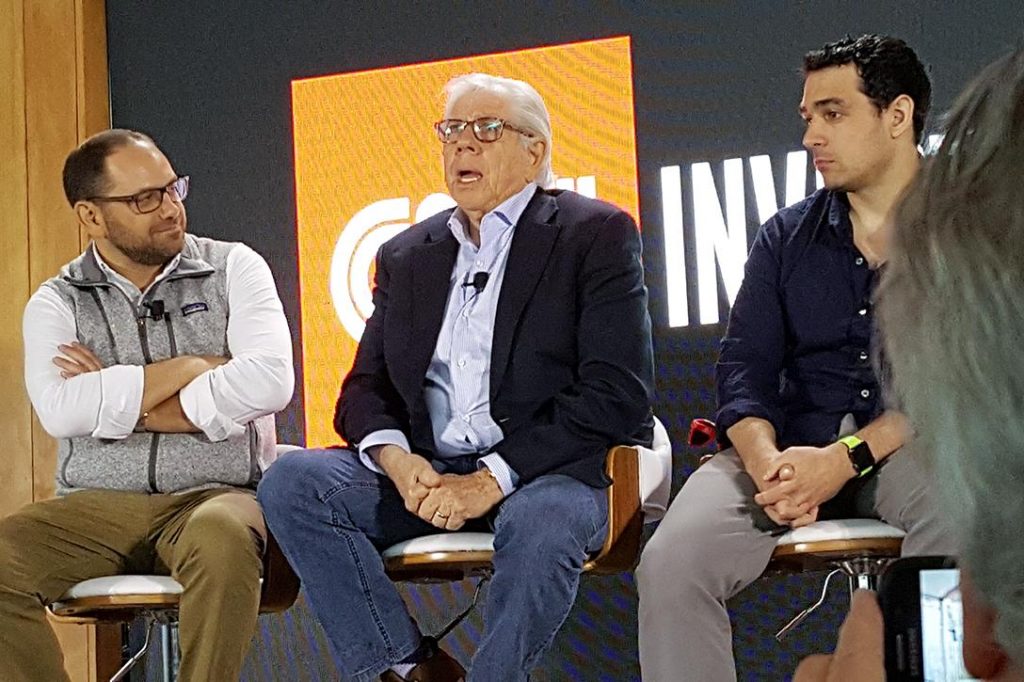 Deep conflicts within government can have beneficial consequences for the public, though this is not always recognized immediately. Bernstein and Woodward’s investigations not only brought down Nixon; they were also a catalyst for a whole series of government investigations into US intelligence activities, including the Rockefeller Commission, the Pike and Church committees, and House Select Committee on Assassinations (HSCA). Many reforms, such as the establishment of the FISA court and the US Senate Select Committee on Intelligence, came about as a result of these hearings.

Though discussion of the Deep State is in vogue now, WhoWhatWhy has been ahead of the curve on this issue. As predicted, the mainstream discussion is being directed to mid-level bureaucrats, rather than to the power elite, the 1% whose domains include Wall Street and the military-industrial-complex, and whose abiding (if sometimes diffuse) influence was the subject of WhoWhatWhy’s inquiries.

WhoWhatWhy also asked Bernstein to compare the surveillance/intelligence complex in his day to that of today, post-Snowden. He said that long before Edward Snowden came on the scene, he was quite aware of the NSA’s technical capabilities, including the ability to “vacuum” up vast amounts of electronic data. He referred to the book The Puzzle Palace by James Bamford, a 1982 exposé on the NSA. Yet he indicated that even in light of Snowden’s revelations, there has been no clear evidence of abuse of this vast surveillance privilege by the intelligence agencies.

There has been no evidence that the executive branch has abused surveillance powers to spy on opposing political parties or candidates, as Nixon tried to do by bugging the offices of the Democratic headquarters. (Although now Trump, without providing any evidence, has openly accused the Obama adminstration of just such actions.)

However, indiscriminate data collection from US citizens can itself be construed as an abuse of the Fourth Amendment protections against “unreasonable searches and seizures.” Federal district judge Richard J. Leon described the NSA’s technological capabilities as “Orwellian.” In his ruling he writes:

I cannot imagine a more ‘indiscriminate’ and ‘arbitrary’ invasion than this systematic and high-tech collection and retention of personal data on virtually every single citizen for purposes of querying and analyzing it without prior judicial approval.

There is yet another sense in which real, concrete abuses of power have been brought to light by leakers. WhoWhatWhy recently interviewed former CIA officer John Kiriakou, who first leaked that the CIA was kidnapping and torturing terrorism suspects in secret bases worldwide. He was tried under the Espionage Act by the Obama administration and spent two years in a federal prison. Apparently, neither the Obama nor the Trump administration want such revelations to reach the public.

In a political environment where the power of government is regularly marshaled to bury news of  unreasonable surveillance and other Deep State abuses, Carl Bernstein’s advice to pursue the truth tenaciously seems more timely than ever.

* Editor’s Note: Readers of WhoWhatWhy and its editor Russ Baker’s book Family of Secrets are familiar with serious questions about Woodward’s veracity, about the conventional Watergate narrative we’ve all heard — and about the claimed role of Felt. Nonetheless, Bernstein gained justified praise for work he did for Rolling Stone, after leaving the Washington Post, on the extent to which the CIA had compromised the American media.

3 responses to “Carl Bernstein on the Deep State and Surveillance”