Americans are under almost constant bombardment with propaganda. Everyone who wants our money is trying in overt and more subtle ways to shape our views and our spending decisions. We kind of get that.

But we don’t understand very well, or even recognize at all, the constant efforts by elements of our own government to shape how we see things.

Perhaps the most insidious aspect of this is efforts by American intelligence services to influence our media, our cultural, and our storytelling institutions. The goal is to present a version of historical events that suits the purposes of these murky power centers.

WhoWhatWhy has started to take back ownership of our vital information pipelines.

A new book, from which we excerpt below, provides important insights into how the news, movies and other forms of dissemination are quietly shaped to “help” us know what to think.

This is the second and last installment from Spooked: How the CIA Manipulates the Media and Hoodwinks Hollywood by Nicholas Schou. (Published by Hot Books, June 2016)  Chapter One: “I Eat Pretty Much Anything”  (truncated). To see the first installment, please go here.

On December 23, 2013, in response to a pair of Freedom of Information Act (FOIA) requests, the Central Intelligence Agency released 574 pages of emails between various national security reporters and the agency’s public affairs office. The massive trove of material remained out of the public eye for a year, but in late 2014, it finally surfaced in a series of articles published by the online investigative magazine, The Intercept.

The articles landed like a bombshell, revealing how some of America’s most prominent national security reporters were functioning essentially as unpaid CIA assets, sending the agency detailed story notes and, in at least one case, entire drafts of articles prior to publication.

“Since Snowden, we are unsuccessful 90% of the time,” one CIA spokesperson glumly estimated, in reference to his efforts to convince reporters to either kill a story or delay it, at least long enough for the agency to protect its undercover assets and operations — or to protect Langley’s ass.

Roughly half of the released emails concerned just one reporter, Siobhan Gorman, who recently left the Wall Street Journal for a better paying job with Brunswick, a privately held global communications company. Her email communications with the agency revealed her interest in touring the agency’s Langley headquarters, writing a story about its gym, and securing a personal meeting with then agency director, David Petraeus, who the CIA confirmed to Gorman was fond of running six-minute-miles during work breaks and would give face-to-face interviews to any reporter who could run a mile in under seven minutes.

In March 2012, Gorman accepted the CIA’s invitation to an “off-the-record dinner” with Petraeus. “Great! Do you have any food allergies?” an agency public affairs officer replied. “Nope,” Gorman confided, “I eat pretty much anything.”  (Petraeus ultimately lost his job after sharing classified information with his biographer, mistress, and fellow workout fanatic, Paula Broadwell, who authored a book based on her special-access relationship with the general appropriately titled All In.) 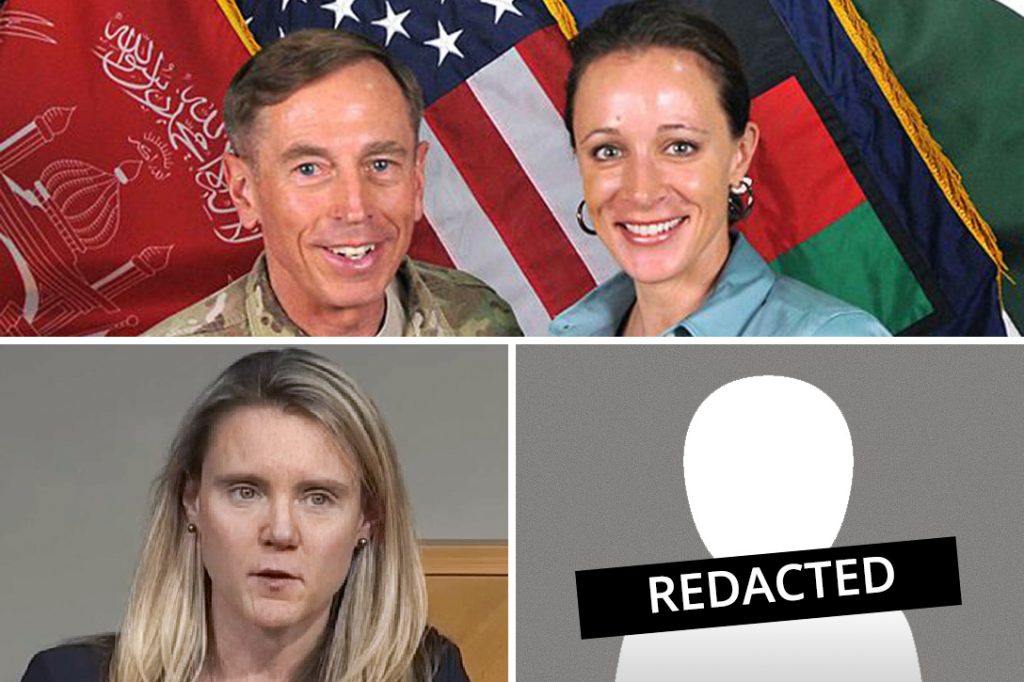 In a separate exchange of emails that month between Gorman and a CIA press officer, whose name was redacted by the agency, she passed along a tip from a “colleague” at the Wall Street Journal who had told her that he had heard a rumor that there had been an assassination attempt against President Hafez al-Assad of Syria.

“Happy Sunday! A colleague heard that Assad has been shot,” begins Gorman’s cheerful note. “Sounds unlikely, but it’s a crazy time. Any truth to that?” Promising to look into the rumor, Gorman’s agency contact inquired if her colleague was in Syria. “No,” Gorman responded, continuing in the same share-too-much-information vein. “This colleague is actually the editor of the paper.”

In a subsequent email, Gorman thanked the press officer for his help. “As I mentioned, tips from our editor don’t always pan out but we have to check because it’s from our editor and he claims to talk frequently to people in MI-6,” she explained, referring to the British intelligence agency.

A few months later, on May 1, Gorman sent the CIA an email titled “Translating the UBL Trove” in which she asked for an update on the agency’s efforts to pull useful intelligence from Osama bin Laden’s computer files, which had been seized exactly a year earlier, during the raid on his Pakistani compound in which the world’s most wanted man was killed. “Hi guys, so do I wish you a happy anniversary today?” she asked, sounding just like one of the gang at Langley.

The CIA’s response to that email (along with nearly every other one in the entire file) was completely redacted, presumably not to protect US national security (because why would the agency be divulging top secret information in emails to reporters?) but more likely because of the embarrassing light they shed on the incestuous relationship between journalists and the agency’s PR department.

Yet even the less damaging material that somehow made it past CIA censors reveals the extent to which, far from acting like a watchdog protecting the public from government excesses, the US national security press has almost completely fallen under the spell of the powerful intelligence complex it purports to monitor.

Langley’s press relations officers, who asked to remain anonymous, claim their job is more difficult now than ever, especially in the current media landscape where anyone with a computer can post potentially damaging information online that can quickly be picked up by a succession of blogs or websites before exploding on social media platforms like Twitter.

The media terrain is indeed more challenging for the intelligence community since 2013, when former National Security Agency (NSA) contractor Edward Snowden began leaking a stream of top-secret files on the NSA’s massive surveillance operations directed against American citizens, and even friendly governments. The Snowden revelations, along with the earlier WikiLeaks release of shocking documents and videos related to America’s post 9/11 wars obtained from army whistle-blower Bradley (now Chelsea) Manning, shifted the ground under the espionage empire’s feet. 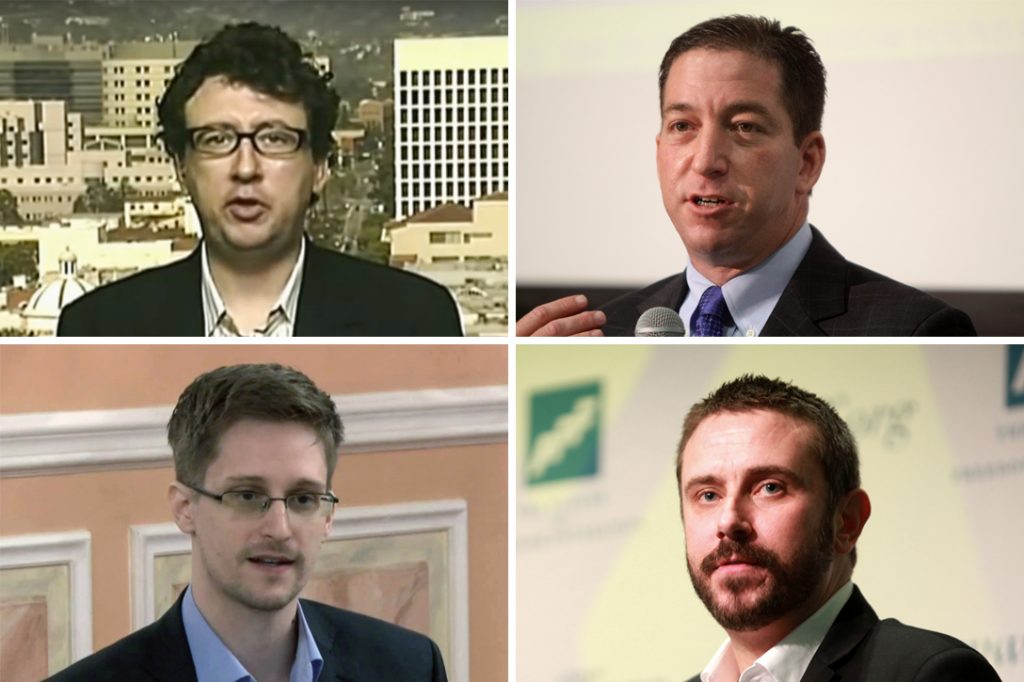 These days, security officials sometimes feel they are playing catch-up with a new world of anonymous hackers and independent bloggers. “Since Snowden, we are unsuccessful 90% of the time,” one CIA spokesperson glumly estimated, in reference to his efforts to convince reporters to either kill a story or delay it, at least long enough for the agency to protect its undercover assets and operations—or to protect Langley’s ass.

“The hard part for us is we can’t comment, so we have to do this weird Kabuki dance and say, ‘If you publish this story, this is what will happen.’ I don’t have any control over the media,” he insisted. “All I can do is to make a case not to publish the story, but usually we are unsuccessful because sensitive information has already been leaked.”

The Intercept, which the CIA spokesperson specifically cited as an example of a hostile media outlet, has published a string of embarrassing stories about the CIA’s recent excesses in the past few years. The most notable was “The Drone Papers,” based on leaked paperwork supplied by a high-level intelligence source showing that far more innocent civilians than suspected militants have been killed by US remote-controlled air strikes, in fact by a stunning ratio of six to one.

More alarming (to the CIA, at least) than the leaked documents themselves is the fact that the leaker is apparently someone other than Edward Snowden, who earlier had provided one of The Intercept’s founding editors, Glenn Greenwald, a former blogger for The Guardian and Salon, with reams of classified NSA material. (The Intercept’s other founding editors are Laura Poitras—the second person Snowden approached, and whose documentary Citizenfour chronicled Greenwald’s meeting with Snowden in Hong Kong—and Jeremy Scahill, the best-selling author of the books Blackwater and Dirty Wars.)

Then there’s the online magazine VICE News, which employs one of the most aggressive and intrepid national security reporters in the business, Jason Leopold, whom the FBI has dubbed a “FOIA terrorist” for his extensive use of the Freedom of Information Act to gain access to government documents. Leopold, who lives in Los Angeles, is a rare example of a national security reporter who doesn’t work in Washington, D.C.

“There’s a reason for that,” he said in a recent interview just days after returning from Capitol Hill, where he testified to Congress about how US intelligence agencies have deliberately stymied his Freedom of Information Act efforts at extracting government information in the public interest.

Living outside the Beltway, conceded Leopold, limited his “immediate access—but that means I become much more aggressive in terms of trying to get information, and I don’t fall victim to ‘access journalism.’ Being in D.C. just for a week, I mean you can get completely swallowed by this bureaucracy and become chummy-chummy with people, whereas I want to keep that distance.”

7 responses to “Spooked: How the CIA Manipulates the Media, Part 2”