If you want to know why it is so important that WhoWhatWhy exists, and why it needs to grow into a major news organization capable of influencing the public discourse, read the following. It makes it manifestly clear just how compromised the media — right, left and center — has been, and continues to be. The influencers are not just the more visible ones, such as owners and advertisers. They include the vast and largely unaccountable US intelligence apparatus, whose agendas are often unclear and not entirely in the public interest.

This is the first of two installments from Spooked: How the CIA Manipulates the Media and Hoodwinks Hollywood, by Nicholas Schou. (Published by Hot Books, June 2016).  Introduction.  To see the second installment, please go here.

The CIA has a long history of “spooking the news,” dating back to its earliest days when legendary spymaster Allen Dulles and his top staff drank and dined regularly with the press elite of New York and Washington—including the top executives and editors of the New York Times, Washington Post, Time, Newsweek, and CBS—and the agency boasted hundreds of US and foreign journalists as paid and unpaid assets.

In 1977, after this systematic media manipulation was publicly exposed by congressional investigations, the CIA created an Office of Public Affairs that was tasked with guiding press coverage of intelligence matters in a more transparent fashion. The agency insists that it no longer maintains a stable of friendly American journalists, and that its efforts to influence the press are much more above board.

But, in truth, the US intelligence empire’s efforts to manufacture the truth and mold public opinion are more vast and varied than ever before.

During a recent interview at CIA headquarters in Langley, Virginia, a pair of CIA public affairs officers confirmed they provide journalists with frequent background briefings, typically about foreign hot spots. Their mission, they stated, is simply to guide news coverage of national security issues in a truthful direction, while also protecting personnel and operations from public disclosure.

“Our role at the Office of Public Affairs is not to manipulate reporters,” one CIA spokesperson told me. “If they come to us with questions about nonclassified information that makes us look bad, we just give our typical comment.”

The CIA has a longstanding tradition of providing briefings to favored journalists, he acknowledged. “In the 1980s, Bob Woodward came out here a lot of times to get briefed,” the press officer said, referring to the Washington Post reporter of Watergate fame. But the agency is happy to speak with any journalist seeking its perspective on global crises. “Now, we get a lot of calls about the crisis in the Middle East. Reporters want a basic understanding of what’s happening.” 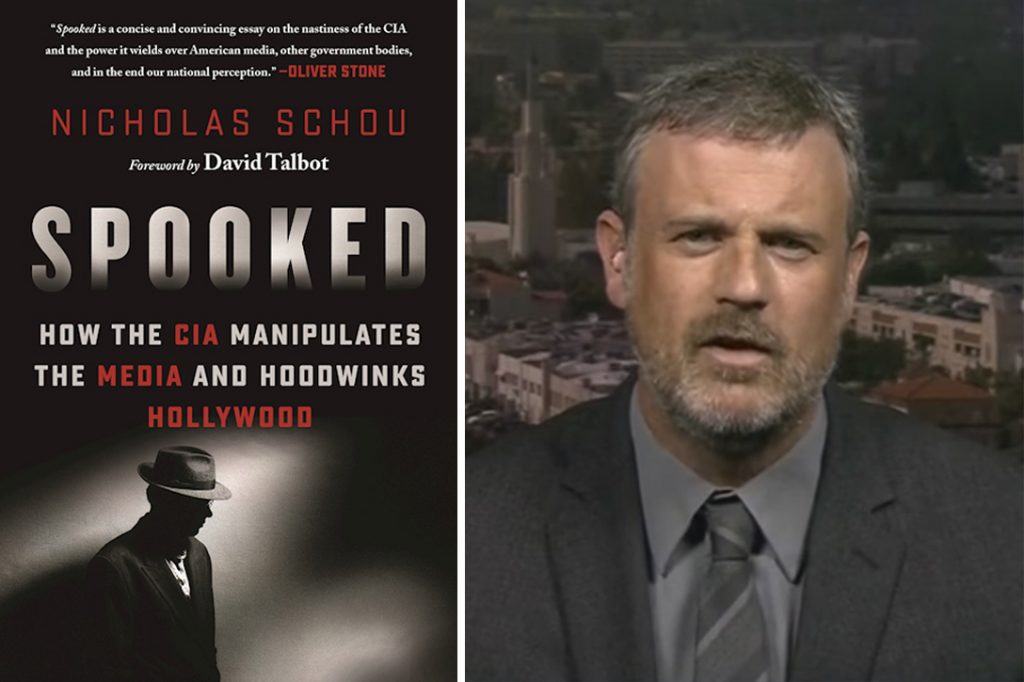 This all sounds reassuring and harmless. But the reality is, beneath the new professionalism that supposedly characterizes today’s relationship between the CIA and the press lurks a vast underworld of covert pressure, seduction, and deception aimed at controlling media coverage of the most vital national security issues.

Since 9/11, the national security establishment has ballooned to encompass thousands of government agencies and private contractors. Although the CIA retains a central role in this sprawling labyrinth, it by no means is the only covert institution that seeks to impose Washington’s view of the world on the public at large, by working the levers of what Cold War–era CIA wizard Frank Wisner called the agency’s “mighty Wurlitzer,” on which he could play any propaganda tune.

After WikiLeaks burst onto the scene and whistle-blowers Chelsea Manning and Edward Snowden rocked the national security world, it seemed like a new day of transparency might be dawning. But instead of emboldening the media to more aggressively cover the vital issues of war and peace, and surveillance and freedom, national security reporters were subjected to tightening controls and increased intimidation.

For every editor who defies the national security establishment, or maverick blogger who embarrasses the CIA or National Security Agency (NSA), there are numerous cases of editorial compliance. The notion that, in the age of Snowden, the American press has become a sharp-eyed watchdog of the growing security state is far-fetched. In truth, the Washington press corps continues to largely function as a mouthpiece for the government when it comes to covering the endless war on terror.

This deference to the national security state has a long history. The collaboration between the CIA and the press began with the birth of the agency in 1947. The Vietnam War and Watergate scandal briefly strained this compact. But, with the Reagan counterrevolution in the 1980s, the media came under powerful new pressures to conform to the official line. Even as the CIA waged a secret and illegal war in Nicaragua, and US-backed military regimes in Central America massacred innocent civilians, reporters who went too far in exposing these crimes and atrocities were subjected to intimidation and smear campaigns by Reagan officials and their allies in the corporate media. Independent-minded correspondents were reassigned; careers were destroyed.

In the early 1990s, during the Persian Gulf War, the US news media all too willingly embedded itself within the US military, temporarily attaching itself as a communications branch of the government and demonstrating that the Vietnam-era days of critical war reporting were over. 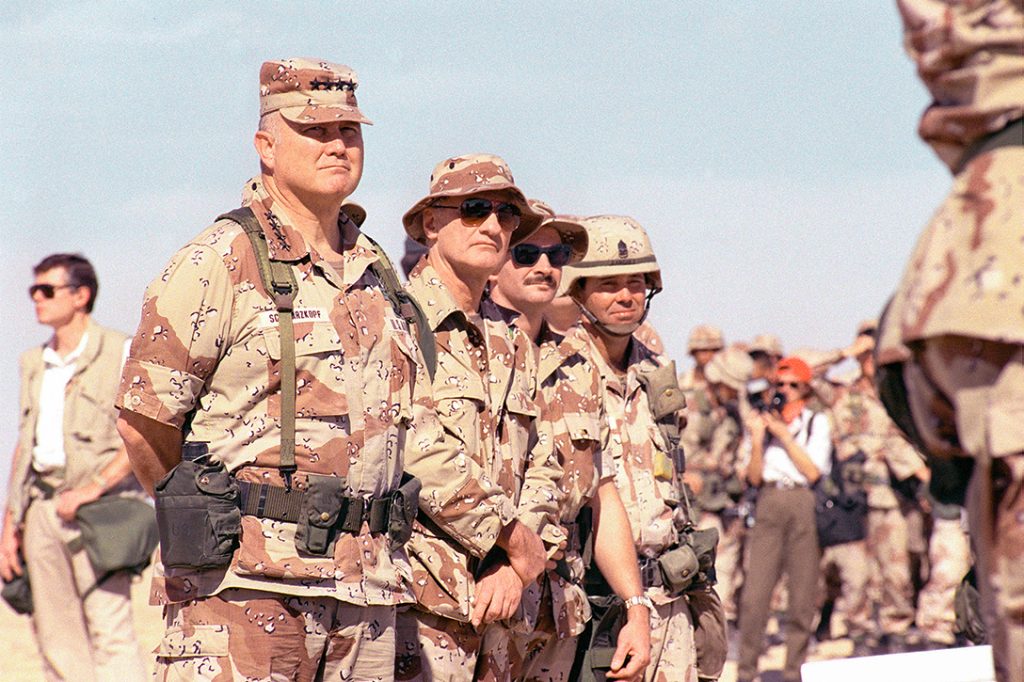 Following the September 11, 2001, terrorist attacks, the shift became permanent when the press—led by the New York Times and Washington Post—turned itself into a propaganda tool of the US government, spreading Bush administration lies about Saddam Hussein’s nonexistent weapons of mass destruction program, and paving the way for America’s 2003 invasion of Iraq, whose disastrous consequences continue to haunt us.

This book explores how the US media got “spooked” by the CIA and other powerful agencies of the national security state. Spooked features firsthand accounts from prominent national security reporters as well as former CIA officers, who speak for the first time about how the spy agency tries to spin press coverage of everything from its controversial drone assassination program to the agency’s deliberate disinformation campaign about Iraqi WMDs.

Spooked also sheds new light on the CIA’s increasingly cozy relationship with Hollywood. The agency has established a very active spin machine in the heart of the entertainment capital, which works strenuously to make sure the cloak and dagger world is presented in heroic terms. Since the mid-1990s, but especially after 9/11, American screenwriters,directors, and producers have traded positive portrayal of the spy profession in film or television projects for special access and favors at CIA headquarters.

According to former CIA officers whose exploits have been depicted onscreen, as well as ex-spooks who currently consult with Hollywood, the spy agency allows filming inside its headquarters and often extends red-carpet treatment to directors and stars of CIA-friendly projects like 24, Argo, Homeland, and Zero Dark Thirty, with the latter screen drama particularly exemplifying the agency’s deep grip on popular culture.

Although Hollywood’s depiction of the CIA has shifted back and forth between the light and dark over the decades, with the 1970s being a low point for the agency’s portrayal on screen (The Parallax View, Three Days of the Condor), more recent films and TV programs demonstrate that the entertainment industry has become much more enthralled by the intelligence community.

In a democratic society, there is always a struggle between the machinery of national security and press freedom, and the public’s right to know is usually the loser. When our national security czars become, in effect, our media gatekeepers, we lose one of the essential cornerstones of a true democracy—an informed citizenry. Distracted by the manufactured flow of information produced by a news media that has fallen under the spell of its own official sources, and beguiled by militaristic and patriotic Hollywood myth-making, the American public is largely benighted when it comes to understanding the wars and covert violence carried out in our name. Spooked will explain exactly how this process occurs and what happens to journalists who dare to break the rules.

The increasingly sophisticated ability of intelligence agencies to manipulate reality has enormous consequences for our democracy. After fifteen years of never-ending press accounts about terror threats and Islamic bogeymen, a paranoid reality reinforced by even more breathless Hollywood thrillers, the American people have become all too willing to give up their freedoms and acquiesce to a state of permanent war.

James Risen of the New York Times is one of the few mainstream reporters who has been willing to challenge the enormous power of the national security state, much to his own personal and professional peril. He has learned firsthand that this empire of secrecy always wants to “control the press and limit what you write.” “If you go beyond those limits, you will be punished,” says Risen. “We have built a national security state worth billions of dollars that is trampling our civil liberties and we are living with a fear of threats that are not there.”

7 responses to “Spooked: How the CIA Manipulates the Media, Part 1”