Most of us are addicted to constant and instantaneous communication. Imagine, though, what it would it be like to lose not only your electronic lifeline  but your ability to speak or express yourself at all.

The central character in the documentary Gleason, Steve Gleason, was a star safety with the New Orleans Saints. They loved him down in the Big Easy. At the first home game following the reopening of the Superdome after Hurricane Katrina, Gleason blocked a punt that enabled the Saints to score their first home field points in the new era. NOLA was back, everyone said, and Gleason’s play somehow embodied that.

When Gleason retired in 2008, he was still young, financially secure, happy, newly married to Michel, a young woman whose personal dynamism and taste for adventure matched his; he apparently had his health and his entire life before him.

Simply put, there is no cure. Normal life expectancy, Gleason was told, was just two to five years.

First, though, he would rapidly lose his ability to talk, and even to move. He would become a prisoner inside his own body.

And then, just six weeks later, Gleason and his wife got a different sort of news: Michel was pregnant.

Faced with the possibility that he would die before his child was old enough to get to know him, Gleason decided that, while he was able, he would record his thoughts, and whatever fatherly advice he could dispense, for his as-yet unborn child. Thus he began a video journal.

The journal is the anchor for the documentary; wrapped around it are moments from everyday life recorded by an ever-present film crew as the illness takes its course. In one particularly wrenching scene, just before his son Rivers’s first birthday, Gleason turns to the camera, and, already laboring mightily to form words, agonizes:

“I think the last of my talking days are here.” 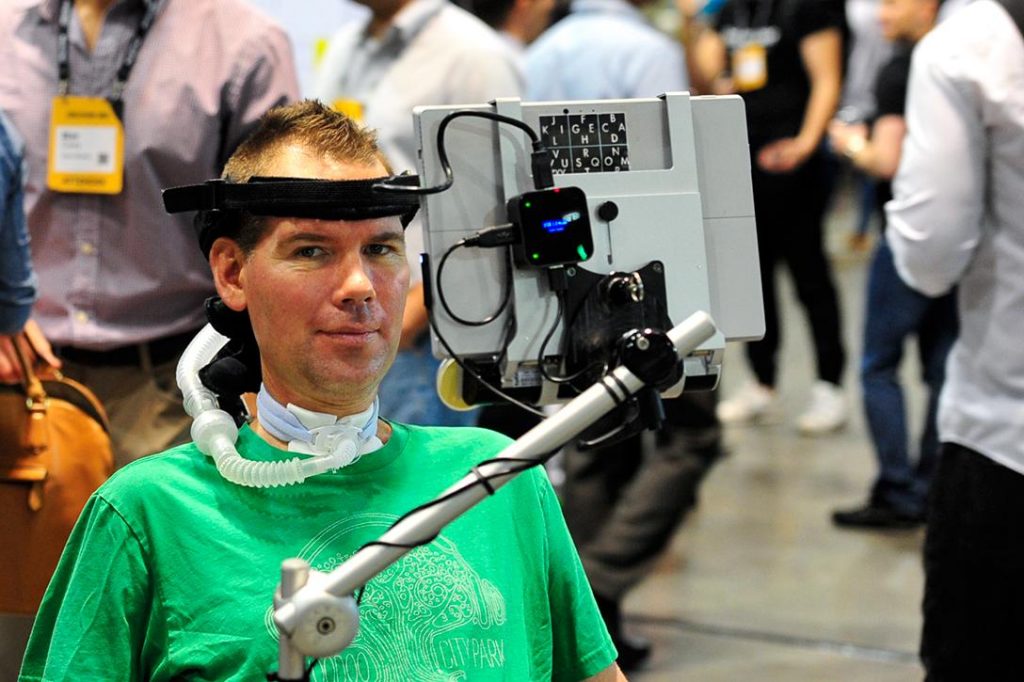 Steve Gleason’s condition worsens with stunning rapidity. And yet he does not go totally into the silence. Thanks to remarkable technology that allows him to speak through voice simulation, send email, etc., via movement of his eyes — virtually the only thing about him that can still move — he finds a partial way out. (Tech similarly allows British physicist Stephen Hawking to communicate.)

The filmmakers were given seemingly unrestricted access. As a result, the film has a “reality show” quality, in that it shows the Gleason clan, warts and all, as they confront the tragedy and the unbearable pressures it places on them all.

Indeed, this documentary is so intimate you start to wonder about things that you feel guilty about contemplating: Is Steve unreasonably self-pitying? Why did his emotionally detached father agree to have his multiple character defects on display? And above all, what must it be like for ALS victims without Gleason’s resources?

He has his wife, a fulltime caregiver, supportive family and friends, and presumably substantial financial resources. Gleason himself understands this, and so, along with his Herculean struggle to get through each day, he set up a nonprofit to provide other ALS patients with the technology to communicate, as well as to raise general awareness about the condition.

Five years after his diagnosis, Steve Gleason is still with us.

This astonishing, devastating, and yet somehow uplifting film, which screened at this year’s South by Southwest festival and has been picked up for distribution by Amazon, has implications beyond Gleason’s personal story.

You can’t watch this film without concluding  that our ability to express ourselves should never be taken for granted. And that, in the end, persevering is itself the essence of life.

Note: Although I don’t recall this being raised in the film, there’s one other essential issue: the possible role of brain trauma — such as the multiple concussions that many football players sustain during their careers — in contributing to Gleason’s condition. That, and ongoing questions about how sports affect our health, deserve more scrutiny.

For more information on this complex subject, please go here.

One response to “Short Reviews: A Fight to Be Heard”