In the annals of shame and hypocrisy, few things match America’s duplicity toward its veterans.

For their troubles, they earn lip service from politicians, are allowed to board some airplanes first, receive a few bucks off at restaurants and, once a year, get their own holiday on which everybody expresses support for them. They are also honored at sporting events in ceremonies that, despite appearances, are actually paid for with taxpayer dollars.

But step away from these feel-good exercises, and you get a bucket of cold water in your face. Let’s take a frank look at the serious problems that veterans are facing every day — and what is or isn’t being done about them.

A disproportionate share of veterans are homeless. While the total number of homeless veterans has decreased in recent years, there are still 50,000 of them on any given night.

Estimates vary on how much it would cost on average to get a homeless person off the street. A conservative estimate is about $20,000. That means it would cost $1 billion to house every single homeless veteran — a sum less than 0.2 percent of the defense budget. 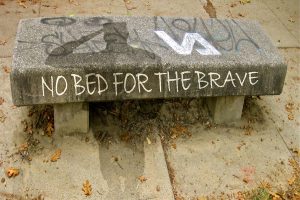 • More than 200 companies on the current Fortune 500 list have profits in excess of $1 billion.

Not only is the current neglect of homeless veterans unconscionable, there is actually a less expensive, and more humane, way to deal with the problem. By implementing this novel approach — giving the homeless homes — the state of Utah has all but eliminated chronic homelessness.

Veterans commit suicide at a much higher rate than civilians. According to Department of Veterans Affairs (VA) data, approximately 8000 veterans will kill themselves this year — that’s 22 suicides a day. The actual number may even be higher because the service record of many suicide victims isn’t known.

If the undergraduates studying at Yale would begin killing themselves at the same rate as veterans, there would be none left after eight months.

Despite these appalling figures, there are some encouraging signs in this area. Earlier this year, Congress unanimously passed the Clay Hunt Suicide Prevention for American Veterans Act. This legislation requires independent reviews of suicide prevention programs administered by the VA and the Pentagon. It also mandates the creation of a website that provides veterans with information about mental health services.

However, many veterans and their advocates believe the problem cannot be solved with money and new programs.

“To address the crisis of veterans’ suicide, we need to rethink how we reintegrate veterans into civilian society after their service,” former Army Ranger Sean Parnell wrote in the Military Times. “Far too many veterans return home, often from high-stakes, high-stress combat situations, only to find themselves ignored, misunderstood and alienated from their fellow Americans. In short, we don’t have a policy shortfall — we have a cultural shortfall.”

A major part of the problem is that many veterans return from war with invisible injuries. 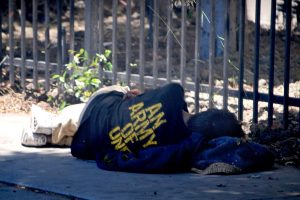 An eye-popping 138,197 cases of Post-Traumatic Stress Disorder (PTSD) have been diagnosed among troops deployed in Afghanistan and Iraq through the middle of this year. In comparison, among non-deployed soldiers, 39,264 PTSD cases were diagnosed in the same time. However, a study by the RAND Corporation estimates that the actual number of cases is much higher. It puts the figure at about 20 percent of those who were deployed to Afghanistan and Iraq. That would mean there are more than half a million veterans from those wars who suffer PTSD.

That is well more than the population of Atlanta.

Unfortunately, half of the veterans who suffer from PTSD do not seek treatment and those who do often get minimal care. The incidence of PTSD could be a major reason for the high number of suicides.

But veterans are not just harming themselves. They also make up 10 percent of death row inmates, according to a study released on Tuesday.

PTSD and its relationship to violence is a dicey subject for the military. After all, who wants to admit that those who are asked to kill abroad are going to be a problem for society when they return?

“Individuals with PTSD are not dangerous. Although PTSD is associated with an increased risk of violence, the majority of Veterans and non-Veterans with PTSD have never engaged in violence,” the VA says. “When other factors like alcohol and drug misuse, additional psychiatric disorders, or younger age are considered, the association between PTSD and violence is decreased.”

However, the VA also acknowledges that those with PTSD are also more likely to use alcohol, so there is a relation. Untreated PTSD also leads to increased drug use, according to the RAND Corporation.

Unfortunately for veterans, they have had problems getting the care they need. Last year, the Veterans Health Administration (VHA) was mired in a scandal after an internal audit determined that 35 veterans in the Phoenix VHA system died while waiting for care.

While the VHA has made strides in improving access to care, the Government Accountability Office (GAO) said in a report last month that more must be done with regard to providing access to mental health services.

GAO noted that the VHA had spent $3.9 billion to provide outpatient specialty mental health care, but that the increase of veterans in need of such care has outpaced the increase of staff providing it.

On this Veterans Day — the 15th since the invasion of Afghanistan — it is clear that veterans participating in the two most recent wars are still facing great challenges upon their return.

In order to help them find normal lives back home, they need much more than empty tributes at sporting events and a free cup of coffee once a year.