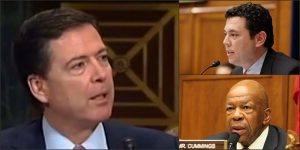 With all of its shortcomings, at least the Federal Bureau of Investigation (FBI) has achieved one thing: In a harshly divided Congress, its astonishing ineptitude—or worse—has managed to unite Republicans and Democrats. This ineptitude may have literally sent innocent people to their deaths.

In a strongly worded letter, the GOP chairman and the ranking Democrat of the House Committee on Oversight and Government Reform demanded answers from FBI Director James Comey regarding the recent revelations that the Bureau’s forensic “experts” made erroneous statements in an unfathomable 95% of trials involving microscopic hair analysis.

“The scope of this catastrophe is almost impossible to believe,” Reps. Jason Chaffetz (R-UT) and Elijah Cummings (D-MD) wrote, noting that 35 of the defendants in the cases involving such testimony ended up receiving the death penalty. Nine of them have already been executed and five others died on death row. According to the FBI’s own internal investigation, errors were made in 94% of those cases.

“Our criminal justice system—and people’s very freedom—relies on the integrity of FBI analysts’ reports and testimony,” added the two lawmakers. “To learn that the FBI systematically provided erroneous information and biased report results in matters of life and death is shocking and obviously unacceptable.”

The congressmen demand that Comey personally provide their Committee a briefing on the issue and they set the very tight deadline of May 22 for him to do so. Specifically, the lawmakers want him to give answers regarding when the FBI first became aware of the problem and how the errors could have been made in the first place.

The Bureau and the Department of Justice are working with the National Association of Criminal Defense Lawyers and the Innocence Project to review cases called into question by recent revelations. Nearly 270 cases have been reviewed so far, and hundreds more will be examined.

Chaffetz and Cummings also want Comey to provide answers about the review process itself. They’ve asked for an anticipated timeframe for its completion, as well as how it came to be known that cases were in need of review in the first place.

FBI Screw-up Could Result in a Slew of Appeals 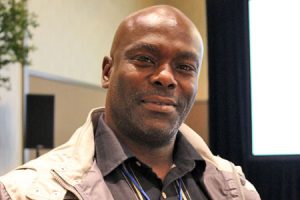 This latest FBI snafu isn’t just a bureaucratic mess—real lives are at stake. Kirk Odom is just one of many to have been exonerated by DNA testing. His now-overturned 1981 rape and burglary conviction helped to expose the issues with FBI hair analysis. According to the Innocence Project, there have been 329 overturned convictions due to DNA testing. Several original convictions were based on improper forensic science.

As a result of these revelations, it is expected that many of these defendants will be allowed to appeal their convictions. So the lawmakers are also asking, what has the Bureau done to reach out to them to ensure that they are aware of this second chance?

The Spread of Deadly Incompetence

The problem is wide and deep and goes well beyond  the Bureau: the FBI trains state and local crime lab technicians in microscopic hair examination. As such, Chaffetz and Cummings have also asked Comey to keep them informed about the steps the Bureau has taken to notify the people and labs involved in the “training” conducted by FBI “experts.”

“This problem also may extend far beyond cases in which FBI examiners conducted analyses,” the congressmen wrote.

Lastly, they want Comey to have answers regarding any disciplinary or personnel action taken against the 26 examiners who provided erroneous testimony, and what the FBI has done to make sure that this problem was limited to microscopic hair analysis and did not also affect other areas of forensic science.

As WhoWhatWhy readers know, there are any number of issues involving the FBI that merit close scrutiny. Yet the legislative branch has often completely neglected its oversight responsibility. Given that track record, this new bipartisan initiative bears watching.