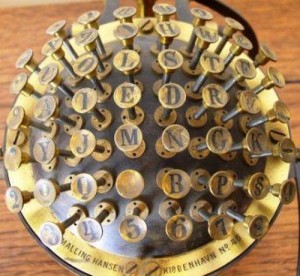 There’s yet another tantalizing clue that the National Security Agency and its “Five Eyes” allies are behind a poweful cyber-espionage tool called Regin, used to spy on friend and enemy alike.

It’s an appropriate monicker. The malware, known as a keylogger,  vacuums up anything typed on a computer keyboard and sends it back to the programmer controlling it.

The crucial clue Kaspersky found is that QWERTY “can only operate as part of the Regin platform.” After tracking Regin across 14 countries for years, Kaspersky and technology firm Symantec identified it in November 2014.  At the time, Symantec said Regin’s “capabilities and the level of resources behind [it] indicate that it is one of the main cyberespionage tools used by a nation state.”

Though neither company said it, suspicion immediately arose that the NSA and its allies had created Regin. It immediately drew comparisons with Stuxnet, the joint U.S.-Israeli computer worm used to damage Iranian nuclear centrifuges in Natanz in 2009. Unlike Stuxnet’s narrow mission of sabotage, Regin is designed for spying in a wide set of environments. It hides in plain sight, disguised as ordinary Microsoft software.

The new evidence further points to the Five Eyes. The German news magazine Der Spiegel has a trove of documents from NSA whistleblower Edward Snowden, which included the source code. Der Spiegel gave Kaspersky the code to examine:

The new analysis provides clear proof that Regin is in fact the cyber-attack platform belonging to the Five Eyes alliance, which includes the U.S., Britain, Canada, Australia and New Zealand. Neither Kaspersky nor Symantec commented directly on the likely creator of Regin. But there can be little room left for doubt regarding the malware’s origin.

Der Spiegel pointed to five elements they believe suggest Five Eyes authorship: the presence of QWERTY in Snowden’s files, its use in the Belgacom hack by Britain’s GCHQ, references to the sport of cricket in the code, structural similarities to tools outlined in other Snowden documents, and targets consistent with other Five Eyes tools and campaigns.

Regin has been used to spy on telecom providers, financial institutions, energy companies, airlines, research institutes and the hospitality industry, and on European Union officials. The 14 countries found to have been penetrated include Russia, Malaysia, Afghanistan, and Fiji.

Even though the trail is hot now, security experts say that Regin is still out there committing wholesale espionage. That’s because parts of it like QWERTY help mask other components. Like any good spy, it’s constantly changing disguises.