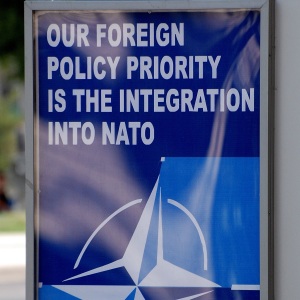 NATO, a military alliance forged in the Cold War, is showing signs of reverting to type—with Russia assuming its familiar role as the “heavy.”

This is a development that should trouble us all, not least because the arguments advanced to justify NATO’s newly aggressive stance are so hard to resist.

Nobody can deny that NATO is preparing to flex its military muscles, with Europe engulfed in the biggest period of instability in decades. Yet, as some 67 heads of state meet at its latest summit in Wales this week, few are talking about the alliance’s legacy of expansionism—which many feel has contributed to the current tensions with Russia. Instead all the talk is of the 28-nation alliance seeking a new purpose as the drawdown of troops from Afghanistan steadily continues.

In responding to Russian President Vladimir Putin’s aggression in Ukraine, NATO looks to have found it.

“We will send an unmistakable message,” NATO’s secretary-general Anders Fogh Rasmussen said in an op-ed co-authored with General Philip M. Breedlove, NATO’s supreme allied commander for Europe. “We must make the right choices for NATO: to ensure that the alliance remains ready, willing and able to defend our almost one billion citizens.”

In response to Russia’s land grab in Crimea—the first territorial aggrandizement in Europe since the Second World War—the alliance founded in 1949 to combat the Soviet Union is once again preparing to stand up to Moscow. The bellicose talk comes even as Putin is talking of a ceasefire with Ukraine.

The United States has joined the aggressive chorus, too. Pentagon spokesman Rear Admiral John Kirby this week said Russia’s actions have “galvanized the alliance and … and brought into sharp relief the need for all NATO partners and allies to continue sufficient and adequate defense spending.”

A strong move by NATO in response to increased tensions will not come cheap. Right now, only four of NATO’s members spend more than 2 percent of their gross domestic product on defense. Indeed, the alliance’s governments have cut total defense spending by a fifth over the last five years. Yet Russia’s has jumped up by 50% over the same period.

In the UK, officials are overseeing the diplomacy that they hope will precede a sweeping agreement to advance troops much closer to Russia’s border. The expectation is that, rather than permanently basing NATO troops in former Warsaw Pact countries like the Baltic states and Poland, a rapid reinforcement capability will be established that will, in essence, send Eastern Europe back to a Cold War footing.

Agreement has already been reached on the movement of a NATO headquarters to a “forward” position – probably at the alliance’s existing base in Szczecin, Poland. Vital equipment and supplies will be placed in waiting near the Russian border, a senior British Foreign Office official said on condition of anonymity, at a recent briefing in London attended by WhoWhatWhy. When a crisis develops, troops will be rushed into any border area NATO feels is threatened by Russia, grabbing their weapons along the way. A new set of military exercises will be set up to prepare troops for combat scenarios, the official said. 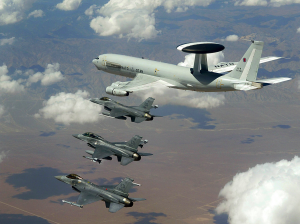 A NATO air patrol of F-16s and an AWACS

Besides all this, a number of countries will soon be offered what are euphemistically called “defense capacity building missions.” These programs are played down by NATO-allied officials, who characterize them as a way for countries to benefit from the alliance’s “expertise.” Georgia, which Russia invaded in 2008, is on the shortlist—an inclusion likely to anger Moscow.

For years after the fall of the Berlin Wall, defense experts say, NATO bent over backwards to keep Russia happy. “It created a number of serious dialogues. But Russia expressed deep discomfort about a further deepening of ties,” says Kathleen McInnis, a former Department of Defense strategist who now works for the Chatham House think-tank in London. “It’s actually been Russia that’s given NATO the cold shoulder.”

One manifestation of NATO’s attempts to appease Russia was its hesitancy to garrison troops in Eastern Europe for 20 years, according to Jonathan Eyal, international studies director at the London-based Royal United Services Institute think-tank. NATO exhibited a “marked reluctance to get troops into Eastern Europe because it would be seen as a hostile move,” he said.

Yet at the same time that the West enjoyed the “peace dividend” of reduced defense spending, NATO continued to push its borders east in what amounted to a diplomatic offensive. In 1999, Poland, Hungary and the Czech Republic joined the alliance in 1999, followed five years later by the Baltic States, Romania, Slovakia and Bulgaria.

A “Finger in the Eye”

This took place despite warnings from some quarters, including British Colonel Bob Stewart, who was the chief of policy at Supreme Headquarters Allied Powers Europe two decades ago. Back then, he argued that pushing NATO further east “would be like sticking a finger in the eye of the Russians – that if we expand we’ve got to be very careful we don’t irritate the hell out of the Russians. I warned about that and I was overruled.”

Now that the Russian bear is clearly aroused, Stewart has become an avid proponent of confrontation. “Yes, the Russians will protest like hell,” he says, about NATO expanding its fighting capabilities in Eastern Europe. “But let’s face it, we don’t like what the Russians have done. So tough shit.”

Gisela Stuart, a Labour colleague on the committee, makes the same point in less provocative language. She remembers travelling around the Baltic during the build-up to the 2004 NATO expansion—a time when the Baltic countries were also hoping to join the European Union. “To them, NATO membership was more important than EU membership,” she recalls. “For countries that got the Cold War in the neck, the physical security was much more important than anything else.”

Politicians, military figures and defense experts may disagree on whether NATO should have been more circumspect in pushing into what has been Russia’s traditional sphere of influence in Eastern Europe. But for a surprising number of defense analysts in Britain, the time has come to vigorously counter what they see as Putin’s belligerence. 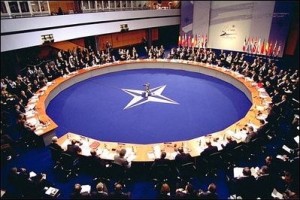 “If there is one person responsible for this it is Mr. Putin, who has created a scenario whereby it is seen as a sign of weakness for NATO to avoid a deployment,” Jonathan Eyal says. “If the summit concludes with no demonstrable moves to provide more equipment for NATO troops, this will be interpreted by the Russians as a sign of weakness, that the allies are divided.”

It’s no coincidence that President Obama stopped over in Estonia before to the summit. In a speech, he said the Baltic states will be defended to the hilt from Russian aggression. U.S. aircraft are already patrolling their skies and more ships are being sent to the Black and Baltic seas. “Our alliance should extend these defensive measures for as long as necessary, because the defense of Tallinn and Riga and Vilnius is just as important as the defense of Berlin and Paris and London,” Obama said.

Yet it was precisely NATO’s aggressive expansion into areas like the Baltic States—after Russia dismantled the Warsaw Pact at the end of the Cold War—that created the conditions for Moscow’s intervention in Ukraine, according to David Gibbs, a professor of history and government at the University of Arizona who has written extensively about NATO. So history may be repeating itself.

The recent discussions about admitting Ukraine and Georgia as members have only exacerbated Russia’s frustrations. “Russia views its interventions in the Ukraine as defensive actions, against NATO threats to its border security. NATO expansion must be viewed as a short-sighted action, one that was bound to provoke the Russians, and it laid the groundwork for the Ukraine’s civil war.”

In Britain—which spends more than 2 percent of its GDP on defense—influential voices are calling for new ways to respond to Russia. Air Chief Marshal Sir Michael Graydon, former chief of Britain’s Royal Air Force, wants an acknowledgement that the old policies have failed. “We’ve taken the risk that nothing will happen, but there’s been a wake-up call,” he says. “Politicians have chosen other priorities—they have to be elected, after all. But these are a series of crises. And at the moment, NATO doesn’t look serious.”

Britain is optimistic that it will secure allies’ commitment to at least halt the fall in defense spending, the Foreign Office official told WhoWhatWhy. “That will mark the start of a sea-change in attitudes.”

In the meantime, the nature of warfare itself seems to be changing: Russia is firing artillery into Ukraine, a move that in previous years would be unequivocally viewed as an act of war. Moscow has largely denied allegations that its soldiers are being deployed against the Ukrainians but in unmarked uniforms or using humanitarian aid as a cover. It did, however, admit the capture of 10 Russian paratroopers in Ukraine, while saying they’d crossed the border accidentally. 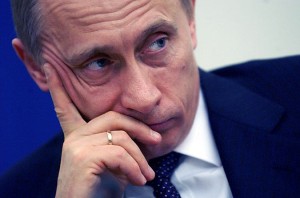 “Putin, as an ex-KGB colonel, knows what he’s doing. He’s playing this game,” Air Commodore Andrew Lambert, a Royal Air Force strategist, says. “That’s why he hasn’t driven three divisions across the border.” According to Lambert, the Russian president’s tactics need to be understood by Western leaders, and a new way of dealing with that type of warfare has to be developed.

There’s little chance that NATO will undertake such a radical re-invention any time soon. Its focus, as leaders gather at Celtic Manor in Wales, is on securing agreement to send its troops back to a Cold War footing. That will be combined with pressure on more reticent allies to increase defense spending.

Some analysts argue that the Cold War is the wrong lens through which to view what’s happening in Eastern Europe. McInnis of Chatham House thinks the better analogy is to the uneasy balance between European powers that existed during the run-up to the First World War.