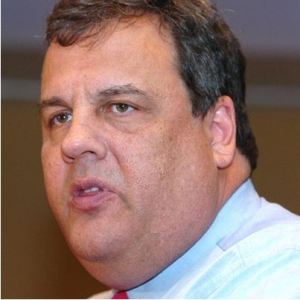 Governor Chris Christie is back on late-night television, gyrating to the amusement of Jimmy Fallon’s millions of viewers and stumping for the 2016 Republican presidential nomination.

While Christie shimmies, his state continues to sink into the deepest economic morass in generations. He raced to plug an $800 million budget gap by July 1, a shortfall that credit ratings agencies blamed on reliance on non-recurring revenues and poor projections. As a result, only California and Illinois have lower credit ratings, and ratings agency Moody’s this year lowered  its outlook on the state to negative.

To balance the budget on time, Christie backed out of the terms of a deal to reform the underfunded public employee pension system, the kind of bipartisan solution he’s been talking about during visits to places like New Hampshire and Iowa. Instead of paying the $1.6 billion into the fund as agreed with the Democratically-controlled legislature, Christie invoked his emergency powers to cut that payment by more than half to close the budget hole.

But the governor’s showmanship aside, the scramble to close the state’s budget gap is symptomatic of deeper concerns about the economic future of New Jersey, with the 7th largest US economy—and a window on what Christie would do if elected in 2016.

Why New Jersey’s Travails May Matter to the Country

New Jersey is among the prime specimens of post-recession America’s lasting political and economic malaise. The state’s $108.7 billion in unfunded public pension and health care liabilities offers a prequel to a nation in deep denial about the real costs of keeping its social contract with the Baby Boomer generation and of continuing to subsidize big corporations. Most importantly, it’s a bellwether of who, in the final accounting, is going to foot the bills when things go wrong.

As we told you in an earlier story, New Jersey’s failing economy may be a bigger threat to the governor’s political ambitions than the still-unresolved Bridgegate scandal.

Christie inherited a New Jersey in a long, slow economic decline. Decades of macroeconomic trends, in particular the loss of manufacturing jobs throughout the Northeast, have damaged the state’s economy. During the same period, no matter which party was in power in Trenton, New Jersey’s leaders kept expanding state pension benefits while failing to adequately fund the system.

Much of the state has become a wasteland—the vacant strip malls, the abandoned homes on suburban cul-de-sacs, and empty office buildings surrounded by empty parking lots where the weeds pop up through the blacktop. 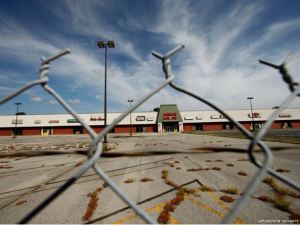 Evidence of financial pain is everywhere, from persistent long-term unemployment to a mortgage crisis in which several cities have a higher percentage of underwater loans than Detroit did before it went bankrupt. Add in one of the highest foreclosure rates in the nation and the agonizingly slow payment of settlement money to victims of foreclosure and mortgage fraud, and it’s clear that New Jersey’s recovery remains distant.

Consider that almost none of the fraud victims in Christie’s state have seen any of the money allocated for their relief more than a year ago. Of the $762 million in direct relief to homeowners that New Jersey was awarded under a 2012 class-action settlement , only $8 million has been disbursed, Leland Moore, a spokesman for Acting Attorney-General John Jay Hoffman told WhoWhatWhy in an e-mail.

A federally-funded program called HomeKeeper, administered by the state, has been more successful. It’s paid out a little more than half of the $300 million it has to help people facing unemployment or underemployment forestall foreclosure, according to its latest report. Christie’s office said the program has helped more than 5,600 families keep their homes.

Arnold Cohen, a senior policy coordinator for the activist Housing Community Development Network, said Christie’s handling of the foreclosure crisis is a major reason he has not been able to turn around the state’s economy. “It is the housing bubble that brought us down and it’s housing that could bring us back up,” he told WhoWhatWhy.

Christie’s answer to the state’s economic malaise has been a traditional mix of Republican remedies: Get tough on state workers, keep taxes low and entice companies to bring jobs to New Jersey with tax incentives.

Since he’s been in office, the governor says, he’s cut 6,000 government positions while adding 122,000 jobs in the private sector. As for corporate tax breaks, the New Jersey Economic Development Authority under Christie has handed out $4 billion in subsidies to companies like JP Morgan Chase, Goldman Sachs and Prudential since 2010. Prudential, for example, got $210 million in tax credits for building a new office tower two blocks from its original location in Newark. 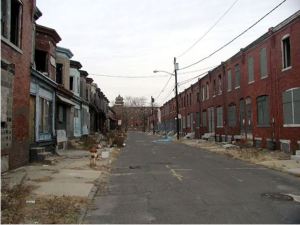 Such deals have cost the taxpayer an average of $47,915 per job created, according to an analysis by New Jersey Policy Perspectives, a liberal think-tank. And some deals have produced even worse returns. Take the $82 million in tax credits granted to the Philadelphia 76ers basketball team to build a practice facility in Camden. Sold as a win for the state because it created 250 jobs, the cost per job works out to $328,000.

Meanwhile, people at the lower end of the economic spectrum are of course hurting the most, but even in some unlikely spots. In Bergen County, home to some of the wealthiest ZIP codes in the nation, the local non-profit Food Action has doubled its food aid to hungry families, said Executive Director Patricia Espy. Cuts in federal food stamp programs and extended unemployment benefits have only aggravated the crisis.

New Jersey leads the nation in the percentage of long-term unemployed workers. Last year, the U.S. Census reported that from 2005 to 2012, New Jersey’s increase in households with an unemployed parent was double the national average.

None of this is helping New Jersey avoid what may be a second wave of the shocks from the housing bubble that burst in 2008.

New Jersey is among the states with the highest foreclosure rates, according to RealtyTrac, a firm that tracks real estate data Three of the U.S. cities with the highest percentage of homes with underwater mortgages or in default or foreclosure are in New Jersey, according to a report released by the Haas Institute For a Fair and Inclusive Society, a liberal think-tank focused on economic disparity and racial diversity at the University of California-Berkeley. A spokesman for Governor Christie declined to comment on the Haas report.

Take the case of Curt and Theresa Hamilton of Port Reading, NJ, who have received notice of foreclosure and are $80,000 behind in payments and penalties. Curt, a union sheet metal worker, has seen construction jobs dry up; his wife has been doing whatever clerical work she can get while studying to be a nurse.

At one point the power company shut off the Hamiltons’ electricity. “I got my pennies and quarters together, got some gasoline and hooked up a generator so my kids could do their homework,” Curt told WhoWhatWhy. At first, local officials commended him for his resourcefulness, but later advised him his DIY power generator was illegal except in a state of emergency.

The mortgage on the Hamilton home is now held by Ocwen Financial, a mortgage servicing giant that reached a $2 billion fraud settlement with the federal Consumer Financial Protection Bureau in December. The Hamiltons’ initial mortgage was from Bank of America’s Countrywide unit—which also paid out billions to settle fraud and predatory lending allegations.

There are billions of dollars from mortgage industry settlements out there to help people like the Hamiltons, but the rules governing the payouts are bewildering.

So, too, are the state’s economic woes. And no one yet has found the billions of dollars to close New Jersey’s pension funding gaps or structural economic deficits.

Governor Christie’s rationale for running for president is that the answers he’s found to turn around New Jersey will work for America, too. With the bipartisan deal on pension funding now on the scrap pile and New Jersey’s fiscal recovery lagging its peers, Christie’s next move bears watching.

Correction: The original story misidentified the attorney-general of New Jersey. This story has the correct name.