A Rumination on the Bilderberg Group - WhoWhatWhy
Reading Time: 5 minutes 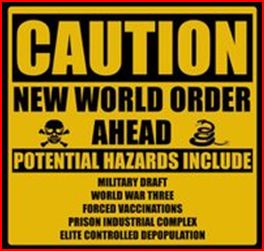 The Bilderberg Group is so inherently bizarre that its yearly gatherings generate extreme reactions.

Those who openly profess the belief that the Bilderbergers essentially run the world pay it a whole lot of attention, usually trooping to the scene to stage colorful protests. The media, by and large, ignores it.

The Bilderberg name comes from the first such conclave, in 1954 at the Hotel de Bilderberg, in the Netherlands village of Oosterbeck. Typically, up to 150 of the most powerful people in the world get together at these conferences for an off-the-record chat. A lot of them are multinational execs and tycoons and political figures, but the invitees include journalists, academics and whoever else is considered worth talking to or listening to at the moment.

The Bilderberg conference is an annual three-day meeting designed to foster dialogue between Europe and North America. The pioneering meeting grew out of the concern expressed by leading citizens on both sides of the Atlantic that Western Europe and North America were not working together as closely as they should on issues of common interest…Through the years, the meetings have become a forum for discussion on a wide range of topics—from trade to jobs, from monetary policy to investment and from ecological challenges to the task of promoting international security. In the context of a globalized world, it is hard to think of any issue in either Europe or North America that could be tackled unilaterally.

The organization asserts that privacy is strictly for the purposes of ensuring candor, and nothing more:

Thanks to the private nature of the conference, the participants are not bound by the conventions of their office or by pre-agreed positions. As such, they can take time to listen, reflect and gather insights. There is no detailed agenda, no resolutions are proposed, no votes are taken, and no policy statements are issued.

The expenses of maintaining the small secretariat of the Bilderberg meetings are covered wholly by private subscription. The hospitality costs of the annual meeting are the responsibility of the Steering Committee member(s) of the host country.

Bilderberg is considered by more than a few vocal critics as a kind of steering committee for global domination by an elite, a bit like Yale’s secret society, Skull and Bones, perhaps sans the oaths and weird induction ceremonies. It is, at minimum, an exclusive club.

Bilderberg’s current chairman is Henri de Castries, a French aristocrat. Castries lives in Paris, spends his weekends in a castle, and one week a month in the United States. He served in the French treasury, and participated in the weaning of France from a mixed economy influenced by socialism to a more purely capitalist one. He is chairman and CEO of something called AXA Group, a global conglomerate involved largely with investments, insurance and healthcare. Its subsidiaries are around the world. In the United States, those include Equitable Life and MONY. The largest ownership stake is held by Americans; the government of Qatar has a piece too. 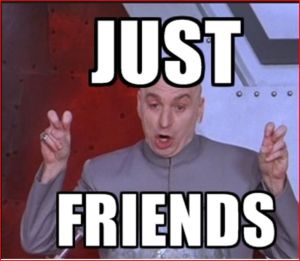 Others on the steering committee are from familiar names like Microsoft, Goldman Sachs, Deutsche Bank, Alcoa, and the corporate law firm Gibson Dunn & Crutcher, as well as PayPal co-founder Peter Thiel, the neocon former Bush official Richard Perle, along with an amalgam of public and private officials from a host of countries and entities, including a Dutch economics professor, the president of the Carnegie Endowment for International Peace, the CEO of the European aerospace giant Airbus, and a vice president of the conservative Hudson Institute.

Sitting all by himself, after the Steering Committee, under the heading, Member Advisory Group, is David Rockefeller.

A key question worth asking, of course, is how officials from companies that derive such a big share of their profits from war get along with those ostensibly concerned with advancing the cause of peace. Another is about what kinds of “public policy” think tanks find themselves in alignment with ruthlessly profit-oriented executives.

Years of being battered a bit by protesters has had an effect: although Bilderberg warns participants that the specifics uttered indoors are to remain secret, it has become slightly more open with time, with the website, and by publishing an official agenda. This year, not surprisingly, Ukraine was a major topic at the gathering, which took place recently at the Marriott Hotel in Copenhagen.

One news organization that has not dismissed Bilderberg is the UK’s Guardian. As noted by the Guardian’s Bilderberg correspondent—who has been hanging around outside the proceedings for years—the most interesting visible development this year was the arrival of the U.S. Supreme Allied Commander in Europe, General Philip Breedlove, followed by the head of NATO, to brief the assembled on the situation in Ukraine.

[M]ake no mistake. Bilderberg is part of their job….This was briefing papers, dress uniforms and military aides. Land Rovers packed with military bodyguards.

…What’s obvious is that…this is an official international summit. The discussion about Ukraine isn’t chitchat over a cup of tea. It’s international diplomacy, which makes the mix of people at Bilderberg such an unsettling one.

Bad enough that you’ve got military chiefs briefing arms companies bosses—in private—about their hopes and dreams for Ukraine. But you’ve also got billionaire speculators and the heads of gigantic private equity funds listening in.

People who stand to make a killing out of knowing where and when the bombs are going to fall, how many and on whom.

People like David Petraeus, the former director of the CIA and now head of KKR’s Global Institute, the advisory wing of a multibillion dollar private equity company….

The KKR Global Institute prides itself on “knowing how to respond to emerging geopolitical and macro-economic trends”, which enables “smart investing, portfolio management, and risk mitigation”, in other words getting the inside tip. And once you’re inside Bilderberg, you’re hearing “emerging geopolitical and macro-economic trends” right from the secretary general of NATO’s mouth. Very profitable, I’m sure.

The Bilderberg conference is a five-star car crash of the public and private sectors. It’s full of scenes like this: the head of MI6, Sir John Sawers, having a cheery one-to-one with Carl-Henric Svanberg, the chairman of BP…..

The real story about Bilderberg is not that these people are colluding to secretly run the world. It’s that information is money—and being in the know and socializing with others who share your interests in power and money are good for business. And any consensus reached at these conclaves, however partial and temporary, can affect us all.

But perhaps the most potent take-away, as noted by the Guardian’s correspondent (who is also a comedy writer and therefore gets the laughable aspects of such purportedly high-minded get-togethers) is that the people ostensibly working for us—elected and military officials in particular—think it is part of their job to brief these Titans of the Universe. Why? Well, it seems, so they can maintain the kinds of advantages they have—and lord—over the rest of us.

23 responses to “A Rumination on the Bilderberg Group”