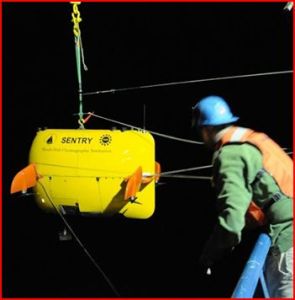 Few organizations spend as much time at the bottom of the sea as oil companies and the Woods Hole Oceanographic Institution.

But while one group dives for profit, the other dives for evidence of climate change and other important discoveries impacting human and marine life.

Now Woods Hole—known for discovering the wreck of the Titanic in 1985, and helping mitigate the BP Deepwater Horizon oil spill in 2010—is planning to share deep-water expertise with oil companies like Saudi Arabia’s Saudi Aramco.

So how is it that a renowned institution which has documented the effects of hydrocarbons on climate change is now about to take money to help find more oil? 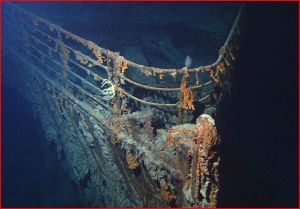 The Boston Globe reported that plans to commercialize the institution’s marine robotics expertise resulted in pending agreements with Saudi Aramco and Italy’s Eni, with a half-dozen more being considered. The newspaper didn’t reveal the amounts.

Woods Hole officials, in a series of interviews during the last two weeks, said they recognize the potential for a clash of interests by working for energy or other private ventures. But they said they are confident such new relationships will not erode the institution’s scientific independence.

They said they can simultaneously continue to do objective climate change research while aggressively recruiting corporate sponsors in the energy and mining sectors.

Sure, Woods Hole has unique and valuable expertise operating in the deepest waters, and that’s naturally attractive to oil companies looking to push the envelope in undersea drilling.

But will Woods Hole be able to resist any influence if a centerpiece of its plans to diversify and grow its revenue base is industry sponsorship of its Center for Marine Robotics? There, companies can sponsor programs in exchange for “privileged and sustained access to research and development in marine robotics.”

Woods Hole President Susan. K Avery said there was nothing to worry about in a statement sent to WhoWhatWhy:

Corporate funding of research has been successful in many other academic institutions, and there are well-established approaches for assuring the independence of the institutions. We carefully and deliberately consider each specific potential collaboration and we have turned down significant funding when we could not agree with potential sponsors on the issues outlined above.

Yet there’s plenty of evidence that academic research has been influenced by the companies that funded it: Telecoms, tobacco, pharmaceutical and—you guessed it—oil companies, to name a few.

Taking oil money doesn’t necessarily compromise Woods Hole’s reputation, but it does mean that “every deal is susceptible to another level of scrutiny by the scientific community,” said Gretchen Goldman, the lead analyst for the Union of Concerned Scientists’ Center for Science and Democracy. 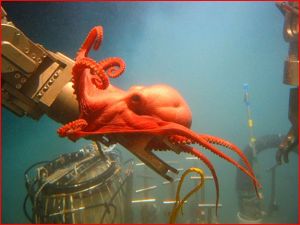 “We get into this tricky territory because increasingly institutions are becoming cash-strapped,” Goldman told WhoWhatWhy in a telephone interview. “The most important thing is that these deals are publicly disclosed—that they are what they say they are.”

Avery said less than 1 percent of Woods Hole’s funding comes from corporate sponsors, with 80 percent raised via agencies like the National Science Foundation, the Office of Naval Research and the National Oceanic and Atmospheric Administration. Another 20 percent comes from foundations and philanthropic sources.

But like the iceberg that sank the unsinkable Titanic, very little of the threat was visible from the surface. So it bears watching how much money will come from the pending oil company agreements— and whether Woods Hole remains a big and important voice in climate change research.