BIRMINGHAM, Alabama–In a case troubling to free speech advocates, an Alabama journalist who blogged about allegations of a sordid affair between a powerful Republican scion and a lobbyist has been arrested and now sits in jail on contempt charges.

A judge has taken the extraordinary steps of not only sealing the file in the case, but ordering that the blogger’s posts be removed from the Internet.

Roger Shuler, 56, was arrested Oct. 23 on a warrant by deputies who were waiting when he returned to his Birmingham home from a trip to the local library.

His wife, Carol Shuler, told WhoWhatWhy that he was beaten and Maced by deputies who cornered him in his garage. His booking photo from the Shelby County Jail shows his left eye swollen shut.

For three weeks, he has sat behind bars in the county lockup in Columbiana, Alabama, held without bail on two counts of contempt of court and the add-on charge of resisting arrest.

Prior to his arrest, Shuler blogged that he was attempting to evade being served papers and forced into court. He claimed the attempts were illegal and therefore invalid on jurisdictional and technical legal grounds.

Randall Marshall, legal director of the American Civil Liberties Union of Alabama, which is involved in the case, acknowledged that Shuler “didn’t do himself any favors.”

Still, the ACLU and others argue that Shuler’s jailing raises fundamental constitutional questions about prior restraint, secretive court proceedings and the covert power of legal and political cronyism in this Deep South state.

“This issue is important to journalists because they should not have to face jail over something they wrote,” Gregg P. Leslie, legal defense director of the Reporters Committee for Freedom of the Press, told WhoWhatWhy. “This goes beyond traditional reporters and bloggers — no one should be held in contempt of court and jailed for not taking something off of an Internet site, at least and until they have a chance to defend it in court and there’s a final court order finding it libelous. Even then, the punishment under libel laws is a monetary award to the injured party, not a coercive demand to stop speaking.”

The case is rooted in Shuler’s allegations of an affair in about 2006 between a scion of one of Alabama’s elite political families, Robert Riley, Jr., and Liberty Duke, a registered lobbyist in Alabama. Riley is a Birmingham lawyer and son of Bob Riley, a nationally prominent Republican who served as governor of Alabama from 2002 to 2010. 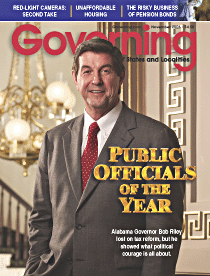 Shuler reported on his “Legal Schnauzer” blog that Duke got pregnant, and “Republican insiders” paid her as much as $300,000 to have an abortion and to “stay quiet on the subject.” Both Riley and Duke were married with children at the time of the alleged affair, though Duke was soon sued for divorce by her husband. 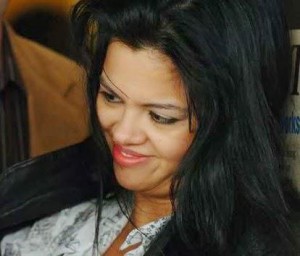 In late July, a few weeks after Shuler reported those details, Riley and Duke filed a defamation lawsuit against the journalist. Both have denied having a sexual relationship. 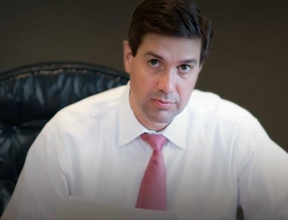 Judge Claud Neilson of Demopolis, Alabama, came out of retirement to preside over the case. He was appointed to the task by Roy Moore, the controversial state Supreme Court chief justice and a key player in GOP strategist Karl Rove’s Republican makeover of the Yellowhammer State’s high court. 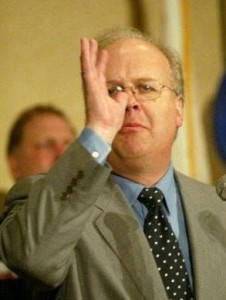 In addition to the First Amendment ramifications, the case has implications beyond state borders. For two decades now, Alabama has been regarded as a kind of Shangri-La by the national Republican Party; it was the petri dish where Rove demonstrated that stealth micro-politics — the appointment of a particular partisan judge or prosecutor, for example – can pave the way to achieving broader political goals.

Shuler’s wife said Riley used his political connections to get special consideration from Judge Neilson. For example, the judge has sealed all records of the case and ordered Shuler to scrub the Internet of his stories about the affair—moves that the ACLU’s Marshall said are unprecedented.

The case does not appear under the normal search parameters—the names of plaintiffs and defendants–in the Alabama state court online database. When searched by its secret docket number, a blunt message appears: “This case is confidential.”

Neilson’s order runs counter to fundamental precepts of prior restraint from First Amendment case law, experts said. The case has attracted little attention in the major media—though it should, advocates say.

Last week, the Reporters Committee for Freedom of the Press sent a letter to Judge Neilson urging him to unseal the records of the case and rescind his contempt order as “unconstitutional prior restraint.” 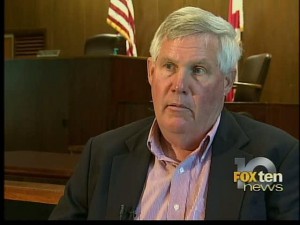 Two days later, the ACLU of Alabama asked the judge’s permission to file a friend-of-the-court brief in the case. That too is sealed, although the group’s Marshall said it appeared the brief would be accepted by Judge Neilson.

“The brief argues two things,” Marshall said. “First, we argued that the injunction (ordering Shuler to remove his stories about Riley and Duke) is a prior restraint and therefore runs afoul of the First Amendment as well as the Alabama Constitution and, second, that the sealing of the entire record is a violation of the First Amendment.”

“It’s just hard to fathom that the motion to seal and the order sealing them are both sealed themselves, so you have no idea what the court is doing in this case,” Marshall said. “There is nothing in that document that shouldn’t be available to the public.”

Prior restraint of journalists by the government has been “presumptively unconstitutional” since the U.S. Supreme Court’s landmark Near v. State of Minnesota ruling in 1931, which nullified a state law outlawing “malicious, scandalous and defamatory” publications.

In the Supreme Court’s gag order ruling in Nebraska Press Association v. Stuart in 1976, Chief Justice Warren Burger called prior restraint “the most serious and the least tolerable infringement on First Amendment rights.”

Marshall said nothing in state or federal law would sanction Judge Neilson’s actions in the Shuler case.

“It just seems to violate the First Amendment on its face,” he said. “I’m not aware of any time that the Supreme Court has upheld a prior restraint,” short of threatened publication of troop movements during wartime. 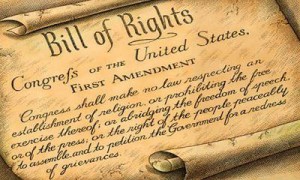 By all accounts, Roger Shuler is a controversial figure in Alabama.

A native of Springfield, Mo., he studied journalism at the University of Missouri and spent 11 years covering sports for the old Birmingham Post-Herald. He then worked for 19 years at the University of Alabama – Birmingham, primarily as an editor in the publications office. The university fired him in 2008 after he began blogging critically about the cozy relationship between criminal justice and politics in Alabama.

Some Alabama politicians regard Roger Shuler as a mortal enemy. News accounts and commentaries have challenged both his credibility and the state’s right to hold him in jail.

A headline on a Birmingham News story about his arrest read, “Truth-teller or bomb-thrower? Legal Schnauzer blogger jailed after violating court order.”  A newspaper commentary that generally supported his position wrote:

Roger Shuler might be a wingnut conspiracy theorist and a crackpot. He might unfairly besmirch conservative Alabama politicians with little or no evidence to back up outlandish accusations. But he is certainly an American. As such, he certainly has a constitutional right to free speech, and that right certainly has been trampled by a judge in an Alabama circuit court.

Shuler used his Legal Schnauzer blog (named in honor of his dog, Murphy, after she died in 2004) to investigate the 2006 corruption conviction of former Alabama Gov. Don Siegelman. He frequently asserted that Gov. Riley and his son were part of a plot to frame Siegelman, a Democrat.

Murphy, the Schnauzer who inspired a blog.

“I find him to be a very thorough and careful reporter,” said Peter B. Collins, a talk radio host in San Francisco, who said he has known Shuler and his work since 2005.

Collins said Shuler’s reporting on the alleged Riley affair was typical of his work in that it originated with his careful reading of a court filing.

He scrutinized the divorce file of Liberty Duke and her ex-husband, William Duke, and ascertained that it was a bitter end to a 14-year marriage. His reporting was buttressed by sources he has never identified.

“He starts with the public records, and when he writes about them, people contact him and say, ‘Well, I know a little more about that,’” Collins said. “I have very high confidence in his journalism. But even if the reports are flawed in any way, that’s not really germane at this point because the legal process for defamation would go forward on an unsealed basis…and Riley and Shuler can make their respective points in court.”

Collins said he is surprised that a case involving such high-stakes First Amendment issues has gotten so little attention from the national media. Perhaps it’s the venue.

“It’s a swamp there in Alabama,” Collins said.

Carol Shuler was emotionally overwrought when reached by telephone by WhoWhatWhy. She said she and her husband were isolated—abandoned by friends and shunned even by Democrats and progressives who fear affiliation with a man who is a pariah to the GOP, which dominates the state.

She has barricaded herself in their home in the Broken Bow subdivision of Birmingham, fearing arrest if she leaves the house because she was named in the defamation lawsuits. She said she is depressed and “major stressed out.” She speaks to her husband by phone most mornings but hasn’t been able to visit him in jail.

The Shulers are under financial duress and were looking for a constitutional lawyer to take the case, pro bono. A Facebook support page and Shuler’s blog page were seeking donations for the couple. Carol Shuler said their inability to afford a lawyer was one factor in her husband’s avoidance of court paper service.

Judge Neilson has scheduled a telephone conference for Thursday on the case, and the Shulers hope to have legal representation by then.

Through tears, Carol Shuler said she and her husband of 24 years have paid a high price for taking on Alabama’s political elite.

“Things have not been normal for so long, I’m trying to remember what sort of pleasantness we’ve had as a married couple,” she said. “I’m just tired of all this. I don’t really expect there will be a positive outcome. I’m sitting here waiting for the other shoe to drop, or the anvil to drop. Go ahead and pick your metaphor.”

She said her husband seemed to be holding up behind bars.

“He sounds good most of the time,” she said. “He’s a fighter, very smart, very detail-oriented, very principled, very strong sense of right and wrong…We both got in this fight for justice, truth and the American way. And now here we are.”