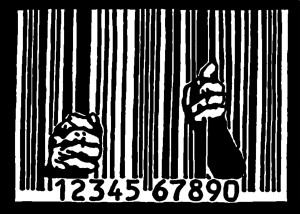 A new study suggests that the recent nominal decline in America’s prison population may be a case of political bait-and-switch.

The government has trumpeted a reduction in the number of federal and state inmates over the past three years, to 1.57 million in 2012, down fractionally from a peak of 1.62 million in 2009.

But a report released Wednesday reveals a countervailing trend: The number of prisoners serving life sentences reached a record of nearly 160,000 last year. Of those, 49,000 were serving life without the possibility of parole, up 22.2 percent since 2008.

One in nine American prisoners is locked up for life, according to the study, “Life Goes On: The Historic Rise in Life Sentences in America,” by Ashley Nellis, senior research analyst with the Sentencing Project, a Washington, D.C.-based nonprofit criminal justice advocacy group.

“Unfortunately, lifers are typically excluded from most sentencing reform conversations because there’s this sense that it’s not going to sell, politically or with the public,” Nellis told WhoWhatWhy.

“Legislators are saying, ‘We have to throw somebody under the bus,’” added Julie Stewart, president of Families Against Mandatory Minimums, a Washington, D.C.-based nonprofit advocacy group. “And it’s the lifers who get thrown under the bus.”

Nellis found that the trend toward more life sentences holds true across the ideological breadth of America–from blue states like California, Washington, Pennsylvania and New York, to red states like Texas, Georgia and Louisiana, to purple states like Florida, Ohio and Nevada.

“I was surprised by the consistency of the increase across the states,” Nellis said. “There really isn’t any state out there that isn’t growing its lifer population. There seems to be no ideological barrier.”

Predictably, there are stark racial elements to the data. Just under half of all lifers were black, but the percentage was much higher in some states and in federal prisons: 77.4 percent in Maryland, 72 percent in Georgia, 71.5 in Mississippi and 62.3 percent in the federal system.

In most statehouses and on Capitol Hill, economic considerations prompted reconsideration of the politically expedient “nail ‘em and jail ‘em” laws that proliferated in the 1980s and ‘90s, stuffing prisons beyond capacity.

Under a sentencing reform ethos that has gained traction with both major political parties, lawmakers accede to more leniency for nonviolent offenders but demand perpetual imprisonment for “hardcore” criminals.

Their motivations? In theory, politicians are protecting themselves against “soft on crime” campaign bromides.

But keeping America’s roughly $80 billion prison industry humming pays political homage to any number of grateful beneficiaries: powerful prison unions, which are invested in maintaining flush membership rolls; the hundreds of penitentiary company towns coast to coast that depend on the commodity of felons; and private prison behemoths like Nashville-based Corrections Corporation of America, which made the fiduciary dynamics of incarceration clear last year when it offered to buy prisons in 48 states–as long as the states agreed to keep the facilities 90 percent full of convicts.

But there is another important economic consideration: More life sentences today mean higher health care costs to taxpayers down the line for geriatric prisoners.

A 2012 report by Human Rights Watch on America’s burgeoning population of senior citizen prisoners estimated that health care costs for geriatric felons can be up to nine times greater than for younger inmates. (More conservative estimates have placed the number at two to three times as high.)

The Vera Institute of Justice reported last year that states pay an average of $31,000 per year per inmate, but the figure is much higher in some locales. For example, the Independent Budget Office in New York City reported last month that the city’s average per annum prisoner cost is $168,000.

The increase in lifers is due in part to enactment of new laws that have quietly “broadened the definition of these hardcore offenders, the so-called ‘worst of the worst,’” Nellis said.

As a result, about 10,000 prisoners were serving life for nonviolent offenses in 2012, Nellis reported. About 64.3 percent of all lifers were in for homicide, 13.7 for sexual assault, 14.1 for assault, robbery or kidnapping, 4 percent for a property offense and 2 percent for drugs.

“It’s an area that has driven me nuts for years,” said FAMM’s Stewart. “The number of nonviolent offenders serving life is ridiculous.”

She said America’s “love affair” with interminable sentences has skewed our sensibilities.

“A 30-year sentence isn’t enough now. It has to be a life sentence–or [at least] 50 years,” she said,.” “We have become so accustomed to the idea that you had your chance, you blew it, and now you’re in prison forever. Rehabilitation and redemption, especially for any violent crime, is no longer even part of the conversation. There is no political will for that.”

“Tens of thousands of people are being sentenced to death by incarceration, with prison terms that far exceed the lifespan of the defendants,” said Paul Wright, editor of Prison Legal News and executive director of the Human Rights Defense Center, a Florida-based prisoner advocacy non-profit.

Wright speaks with unusual authority on the subject. He was sentenced to 25 years to life for killing a man in a drug-related robbery near Seattle in 1987. He was released after 17 years. Had he committed his crime a few years later, after politicians began their mandatory minimum frenzy, he might still be in prison.

“One of the main drivers of the prison boom hasn’t necessarily been more crime or more criminals,” he said. “It’s that people who go to prison are staying much longer.” 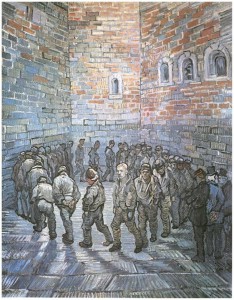 Do draconian sentences reduce crime? Probably not much. In recent years, research has raised questions about the role that longer sentences and the policy of mass imprisonment have played in the country’s crime decline.

A 2010 report by the Sentencing Project concluded that the certainty of punishment, not the severity, has a far greater deterrent effect.

“Existing evidence does not support any significant public safety benefit of the practice of increasing the severity of sentences by imposing longer prison terms,” the report concluded.

Research also has shown that older inmates and former lifers who are paroled are far less likely to commit new crimes. In one example, a report on lifer recidivism by the California Department of Corrections and Rehabilitation earlier this year concluded that former lifers commit new crimes and are returned to prison “at markedly lower rates” than other ex-convicts.

Wright said the explosion of life without parole sentences in the past 20 years—often used as an alternative to condemnation to Death Row–is particularly inequitable.

“A guy who gets a three-strikes conviction for robbing a place by holding his finger in his pocket (Larry Fisher, in Washington state in 1994) is serving the same life-without-parole as Gary Ridgway, who killed 48 people,” he said. “There’s a serious disconnect there.”

“People across the political spectrum in our country say they believe in second chances,” she said. “We need to separate who we are mad at from who we are afraid of, and when we do that we’ll see most of these people who are in prison for life are no long threats to public safety. When we get past [the] pain and anguish of the crimes they committed, we’ll see it’s really not serving anyone to keep them in prison.”