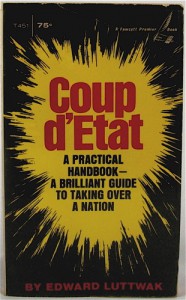 In a short-attention-span, born-again world, redemption can happen in seeming nanoseconds.

It seems like not too long ago that David Petraeus was a  much-admired retired general, decorated veteran of military and political wars, fast climbing, even “presidential timber.” It seems like not long ago at all that he was named by Obama his CIA director. It seems like yesterday that this media-created knight in shining armor was suddenly a laughingstock, or a cryingstock, a philandering, disgraced former CIA director.

Petraeus resigned in November, 2012 (that’s little more than a calendar quarter, folks). And now, just when ambitious female biographers with a background in military intelligence, and military base social directors with friends in the FBI, thought it was safe again to serve their country, the bad guy is baaaack. Back in the media’s good graces, that is, like a fading Hollywood star whose harmless stint at a drug abuse clinic rekindled a career.

You can actually chart the “arc of forgiveness” from one headline to another:

Petraeus launched his makeover, appropriately enough in California, a place famous for personal reinvention. The venue was the University of Southern California, and the event seemed selected to send all the right signals: a ceremony honoring veterans and Reserve Officer Training Corps students at the campus. The public would see this as charitable and selfless in nature. The trillion dollar military industrial complex would recognize this as a hat tip to its unquestioned perpetuation.

Petraeus could get off with a boilerplate apology of the sort one could just grab off the Internet, it is so commonplace and meaningless. It also is designed to move from contrition to offensive in under a hundred words. As Reuters described it:

Former CIA Director David Petraeus apologized on Tuesday for the extramarital affair that forced his November resignation and acknowledged the toll it took on his family, career and reputation.

His appearance at an event honoring University of Southern California veterans and Reserve Officers’ Training Corps students was his first public speech since the storied Army general’s career was cut short by the scandal.

Petraeus noted that “life doesn’t stop with such a mistake. It can and must go on.”

“I know that I can never fully assuage the pain that I inflicted on those closest to me and on a number of others,” Petraeus said.

“I can, however, try to move forward in a manner that is consistent with the values to which I subscribed before slipping my moorings and, as best as possible, to make amends to those I have hurt and let down.”

The media’s practice of focusing resources on covering staged news rather than uncovering real news tends to obscure the fact that there’s something substantive actually going on here. And it’s a pretty big deal.

Petraeus is acknowledging that, though he was a vaunted master infighter and self-aggrandizer, he lost out to fellows (perhaps using—as is typical—the ladies) in what could certainly be viewed as a kind of coup d’état.

Let’s step back and recall that, as WhoWhatWhy reported exclusively, Petraeus’s boldness in the extramarital department was known and commented upon in private by well-connected domestic and foreign interests long before the supposedly brief period during which he acknowledges to have “strayed.”

Thus, Petraeus’s proclivities and vulnerabilities were well known among those with a reason to care. It is also worth studying the man who, in some respects, was his chief competitor: John O. Brennan. Well before Petraeus landed the CIA chieftain prize, stunning and angering CIA insiders who could hardly have been happy to get a military guy rather than a real spook, agency ultra-insider Brennan made clear that he wanted the slot.

As we have noted, Brennan got into Obama’s good graces way back in the first presidential campaign, having seemingly had something to do with “checking out” and quashing the chatter about Obama’s place of birth.

Come victory in November, 2008, he was Obama’s first choice for CIA director, but was sidelined over public statements in support of torture. Brennan had to settle for counterterrorism adviser, which did not require confirmation by the Senate. Within hours of Obama’s re-election, though, Petraeus’s transgressions were made public. Although extramarital relationships are as common in Washington and everywhere as birth and death, Petraeus’s was somehow selected for the world’s attention. The take-down was never properly scrutinized for the role played in it by intelligence-connected figures, the FBI, and other shadowy figures in the constant intrigues that define our world but barely exist for our media.

Nonetheless, Petraeus, once a hero, was out like James Bond from his ejection seat.

And there was Mr. Brennan, just so very glad to step in and serve his country in its hour of need. This time, the Senate was in a more compliant mood, and in a hurry to get past the Petraeus embarrassment  The spook sailed through confirmation with nary a nick.

But Petraeus, notwithstanding his loyalty to his own interests, remains at heart a man who will take his orders from the system. And so, we can bet, he will soon be readmitted to the club. In fact, judging from the media coverage, it’s already a done deal.