Why You Need WhoWhatWhy to Grow - WhoWhatWhy
Reading Time: 2 minutes 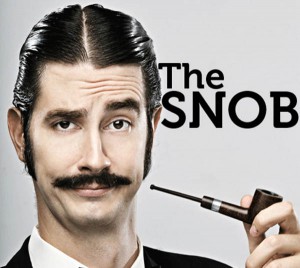 I’ve seen it again and again throughout my career. The mainstream media (MSM) puts out a story narrative that is woefully inadequate or even entirely false. But because they are the primary information source for key people in our society—newsmakers, politicians, writers, etc—the false story is the only one that gets out there.

When some enterprising individual or outsider news media discovers the real truth, they are ignored by the MSM, and therefore the “chattering class” that depends on the MSM remains in the dark. And the public at large that is at the bottom of this pyramid is left utterly clueless.

That, in short, is how the one percent stay on top. Control the minds of those whom we trust to know more than we do—and to explain the world to us.

Here’s the most recent example: Scrutinizing cables relating to former CIA director David Petraeus, we discovered new information indicating that the real story behind his ouster in an adultery scandal might have run much deeper. It showed that Petraeus was suspected of having an affair several years earlier than previously known, and that parties engaged in an intense competition to influence policy likely knew about it—and may have been waiting to use that information.

We put our story out—and, because of our growing reach, we were able to disseminate it relatively far and wide. But even so, we could only reach a fraction of the “chattering class.” This means that the vast majority of those who believe themselves well informed know nothing of this deeper story. It also means that when their better-informed friends, who read WhoWhatWhy, tell them about it, they are likely to dismiss it out of hand. “Why wasn’t it in the New York Times..or on NPR?” they will say dismissively.

This means that the very people we turn to for wisdom and guidance actually know less than we do. Yet, because they are in positions of influence, their lack of knowledge acts as a suppressor of information to the population at large.

I find this constantly here in New York; when I encounter top media people, I find out how poorly informed they are about deeper explanations, new revelations, etc. They truly are the keepers of the “official story”—if not by design, then by accident.

Hence our mission. And your chance to help. The more you tell people about WhoWhatWhy, and that there’s an alternative place to get thoughtful, non-predictable, original reporting, the more people will come. And at some point, the balance will tip.

6 responses to “Why You Need WhoWhatWhy to Grow”