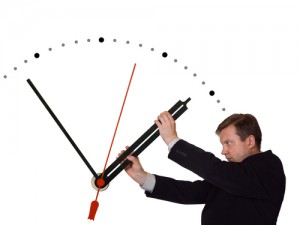 It’s a truism, yet still worth mentioning, that timing is everything in the news business. That’s why those seeking maximum impact typically seek to make announcements when people are paying attention and when there’s little competing news. In the old, pre-Internet days, stories out first thing Monday morning scored big. Ditto for certain long-form stories on Sundays, back when people devoted hours to reading their favorite newspaper on their day of rest.

A lot of those rules went out the window with the arrival of the 24-hour cable news cycle and the subsequent rise of the instantaneous posting culture on Twitter and other social media.

Yet while it is harder today to time the release of news for maximum impact, it is still surprisingly easy to bury news—news that one feels compelled to release but is reluctant to disseminate too widely.

Typically, news that appears as everyone is rushing away for the weekend gets less attention. Ditto for news that falls on or around a holiday.

For example: On Christmas Eve, Human Rights Watch issued a statement charging Palestinian groups in Gaza with violating the rules of war by deliberately firing hundreds of rockets at Israeli population centers during November’s fighting. “Palestinian armed groups made clear in their statements that harming civilians was their aim,” said Sarah Leah Whitson, Middle East director at Human Rights Watch. “There is simply no legal justification for launching rockets at populated areas.” A brief item, which did not include the quote, appeared in the New York Times on Christmas Day.

Unless some new information is added, that scant mention will be all the public ever sees of this important story. After Christmas Day it will become “old news” and relatively few people will have noted it and fewer still will remember it.  Which will be a great pity.

One reason that this story is so interesting is that Human Rights Watch has been a regular critic, with justification, of Israel’s aggressive responses to Palestinian rocket attacks on Israeli territory. In fact, the organization recently blamed Israel for the deaths of Palestinian civilians and journalists that might have been avoided if Israel’s military response had been more measured—notwithstanding the fact that the Palestinians intentionally position their rocket launchers, which are aimed at Israeli civilians, in or near their own civilian population centers.

Gaza is a complex, highly volatile issue, with most of the public strongly divided. It is the business of outfits like Human Rights Watch, and of the journalists who help disseminate their reports, to bring out all the relevant information about the legitimate concerns on both sides, and to try mightily to make sure that the public is exposed to the full range of information.

In its Christmas Eve statement, Human Rights Watch makes the point that it “has repeatedly condemned indiscriminate rocket attacks on Israeli population centers, as well as Hamas’ failure to hold anyone accountable for those attacks.” Maybe so, but those earlier condemnations appeared piecemeal, in contrast to the comprehensive judgment that this report represents. The new report is a welcome addition to the media treatment of the Gaza issue. But for that very reason, the timing of its release raises questions about the motives behind it.

Because of the way it was released, the new HRW statement —  which amounts to a definitive wrap-up of the November hostilities –will achieve limited exposure. Most likely, only supporters of Israel will circulate it, as a kind of “I told you so.” Perhaps this unfortunate timing was unintentional. But some might be excused for wondering if, in a difficult fundraising environment, HRW perceived Christmas as a good time to target donors with pro-Israel sympathies, while managing not to antagonize donors with a different set of concerns.

Of course, the timing of actual news events is beyond the control of media organizations. A tragic example is the Christmas Eve ambush of volunteer firefighters in upstate New York. Coming barely a week after the school massacre in Newtown, Connecticut, the Webster shooting certainly warrants prominent billing in the newly invigorated discussion about how to handle the firearms explosion in America.

But will the shooting in Webster of four volunteer firefighters, two of whom died, properly register? Will we take into account the particulars of what happened and what if anything could have prevented it?

Early reports from Webster tell us that William Spengler, 62, a man who killed his grandmother in 1980, started a fire expressly to draw the first responders into his gunsights.

Spengler, who promptly turned his gun on himself after the recent bloodshed, was clearly a deeply troubled individual. As a convicted felon, he was prohibited from having firearms, yet he was found with three weapons by his side, including a rifle. Local authorities said there had been recent gun thefts in the area. Plus, of course, it is never that hard for any private individual to buy weapons from another private individual.

In the Webster case, the National Rifle Association’s “solution” to the Newtown massacre –posting armed guards at all schoolhouses in America– would have done nothing to save the lives of the victims. That’s why, for an intelligent conversation, we need all of the information. And we need it when we’re paying attention.