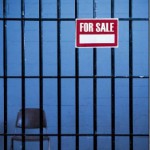 Crime is going down in America, but more Americans than ever are in prison—and more and more money is being spent and made turning this country into a giant armed camp.

At WhoWhatWhy, we know you’re busy. So we’re going to give you the key points here in bullet form (links in box at bottom):

-America’s system of detaining and monitoring “criminals” impacts more people than ever before. Including those who are either in some form of incarceration or in the parole and probation process, you’re looking at an affected population of….six million. One out of every 100 Americans is behind bars now. And every year, about 13 million Americans spend some time in jail for at least a brief spell.

-The private prison industry grew 350 percent over the past fifteen years.

1) Lots of people arrested and convicted (often of essentially victimless crimes) and given long sentences. This most heavily impacts young black males—about one in nine of whom is in prison, many for using or selling marijuana, or, to a lesser degree, harder drugs. (Although whites have comparable drug use rates, their prosecution rates are dramatically lower.)

2) Opposition to the decriminalization of drug use, which would cut sharply into prison industry profits. (As a result, it ain’t going to happen.)

3) The continued criminalization and detention of undocumented foreigners.

With serious crime rates dropping, the US has fewer and fewer of the hardest-core (mostly male) criminals who were once prime targets for incarceration. To replace them, the private prison industry needs more young people, more women and (thanks to the immigration snatch game) more children as fodder for detention facilities.

The privatization of prisons is yet another instance of how small-government advocates are driving more and more of our lives into the hands of companies whose only objective is to turn a profit – without concern for larger social consequences. When public services like incarceration are handled as cheaply as possible, terrifying outcomes can result, including, in this case, unnecessary harm to minor offenders, the hardening of minor offenders into serious criminals, and calls for still more draconian law enforcement and punishment protocols, whose main justification is to keep those for-profit prisons filled.

How bad can it get? A private detention company in Pennsylvania bribed two judges to order youths imprisoned

Read more on the for-profit prison industry at these links:

There are 15 comments Our Comment Policy: Keep it civilized, keep it relevant, keep it clear, keep it short. Please do not post links or promotional material. We reserve the right to edit and to delete comments where necessary.