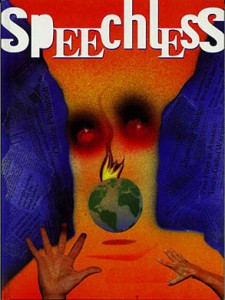 In Twitter’s disturbingly brief and bland announcement post, they mentioned “retroactively withholding” tweets in countries “when required to do so in response to what we believe to be a valid and applicable legal request.”

Twitter stressed that it would not delete the tweets outside the country involved, and would also announce the act of censorship. It insisted that this “granular” approach was preferable to blacking out messages to the entire world (though it doesn’t seem clear that they’ve ever actually done that). At best, the granular approach does benefit secondary audiences, but is of no consolation to those who lose their voices while perhaps advocating for just causes like liberty or human rights to their own fellow citizens.

What exactly does retroactive withholding mean? Further study showed that they meant they would not filter tweets as they are posted. Instead, they will, upon receiving complaints, block them in such a way that after that point no one in the complaining country could read the offending posts.

Assuming that authoritarian, totalitarian and just way-too-sensitive governments are monitoring all tweets from certain people or those with certain keywords, the complaints could theoretically be almost instantaneous. If Twitter places a priority on pleasing the governments in these countries, then the deletion of those tweets could also come fast, before too many people had seen them or perhaps even retweeted them. Twitter presumably has a way to block not only the tweets, but also straight retweets from others, and even tweets with comments added.

This all will be being watched closely in authoritarian places like Saudi Arabia, which as we previously noted, recently bought a sizable stake in Twitter via its wealthiest prince, with the company insisting—of course—that this was strictly business. Nothing to do with the censorship announcement.

What You Calling “Valid”?

As in most things, the details are all-important.

What constitutes “a valid legal request” to quash a tweet? Isn’t saying anything against the existing government illegal in many countries? And if so, isn’t Twitter just enabling oppression and illegitimate governments? And what about comments regarding rich and powerful individuals, companies and entities? If these interests can get a judge in a particular country to label something illegal, isn’t that all that’s needed for a “valid” request? Does Twitter have a lot of confidence in the purity of legal systems worldwide, in the efficacy of democracy everywhere?

Who decides what is or should be “illegal”? Each government? So as soon as there is a coup in a country and a different faction comes into power, then that faction sets the new Twitter policy?

Twitter has cited as an example that neo-Nazi statements, Holocaust denial, and so forth, are illegal in Germany and so Twitter seeks to comply with that. Is Twitter comparing hate speech of that magnitude, on which Germany has particular sensitivity with regard to its own history, with tweets that advocate for democracy in places where there is none?

Is Twitter concerned about a slippery slope here, where this could turn into an avalanche of censorship? Here are just a few examples of recent censorship requests: In India, a nonprofit seeking to test the situation sent in a bunch of deliberately frivolous complaints, and got posts removed fast. These were Web postings, not tweets, and the Indian government did so directly. But what if they had been tweets, and the Indian government had turned to Twitter? Presumably the same censorship would have occurred—if  the government there deemed the posts “illegal.”

A Saudi writer had to flee his country after several tweets that were deemed apostasy put him under a potential death sentence. In a theocratically-dominated society like that, these tweets would be deemed “illegal” under Twitter’s criteria. Would Twitter then censor tweets that express controversial religious views, or that take a new or fresh approach to some official position?

Where else is this policy going to take us? In Brazil, they want to ban tweets that alert drivers to speed traps. In South Korea, a young man faces up to seven years in prison for retweeting something coming from the North Koreans—even though he was simply mocking the North. Is that then Twitter’s policy—to let South Korea dictate whether humor is ok? Where does Twitter see this all ending?

We wanted to ask them about all this, so we went to their media inquiry website, and requested an interview.

The site says that they will get back to members of the media “in a few days.” Huh! For an instant-communication service, they sure don’t take some communications with much urgency. And after we posted our request, we got an email saying:

Thanks for your inquiry. We are a small communications team based in San Francisco and are quite busy. We’ll get back to you if we’re able to.

They may be a “small communications team,” but how responsible is that for a giant company that impacts the whole world? Outfits that are serious about fostering accurate information (or just protecting their corporate image) have a decent sized media team, and are capable of responding quickly.

This raises another question. Why is their “communications team” so small—can’t a company with a valuation of billions of dollars and eager investors spend more on this? Is this a deliberate tactic to stonewall legitimate questions? How else to explain it?

Twitter doesn’t seem to have yet begun withholding tweets. So perhaps the announcement is just a trial balloon, to see what kind of public outcry results. So far that seems very muted. Maybe the “limited capacity” of the company to handle press inquiries is no coincidence. In any case, this might be a good moment for those a sustained interest in Internet freedom to let Twitter know—in a sustained way.