The Deaths of JFK, RFK—and the Silence of the Lambs - WhoWhatWhy
Reading Time: 4 minutes 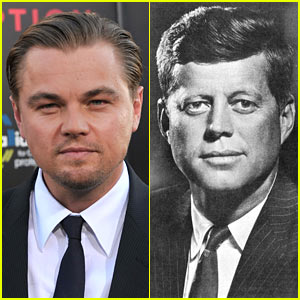 Take for example a new documentary by Bobby Kennedy’s daughter, for HBO. What’s the big revelation? That Bobby feared…are you ready… that someone would throw acid in the face of his children. Who? The mafia. And when was this a threat? In the 1950s. When RFK was a Senate investigator, years before he and his brother ever got near the White House. And years before his brother and then he himself were killed under still-unresolved circumstances.

Got that? Nothing about elements other than “professional criminals.” Threat to his children, not him. And this was before RFK became Attorney General and started really going after the mob, and everyone else.

Oh—and nothing about who…killed him.

I subscribe to a newsfeed with articles related to JFK. It’s an endless stream of banality: the death of democracy packaged as consumer goods for collectors. For example, you could have bid in a recent auction for the hearse that carried JFK’s body, and of course, there are the requisite collector plates and supposedly valuable limited-edition coins.

Lots of people who “covered” the assassination are featured in interviews and panel discussions, but for some reason none of them seem to have real insight or have done original investigative reporting on what actually took place that day. It’s all surface recollections of emotions and empirical material gleaned from the official story.

Then there are the odd little accidents. Like this that came through Google Alerts:

Ok, so this tells us the filmmaker John Barbour “denies” JFK conspiracy theories. But the few who actually might click on this not-so-interesting sounding link come to this headline:

So let’s go to the dictionary. Does “denies” equal “affirms”? No, it is the opposite. Hmm….

Tom Hanks, always looking to take huge risks (er—not!), has optioned Vincent Bugliosi’s endless (1,612-page) and loyal re-confirmation of the widely-discredited Warren Report, again with HBO said to be in the picture.

A third, a book by Lamar Waldron and Thom Hartmann, optioned by Leonardo DiCaprio, at least explores some of the enormous amount of evidence of an organized hit beyond the lone kook. But it settles in nicely with “the mafia did it” despite the other enormous mass of evidence—of a far-ranging cover-up involving high military, intelligence and other officials—none of whom were mafia, last time I checked. Even this slightly bolder approach from DiCaprio comes under attack from a conventional media hack/gossip columnist, who lazily bandies about the term “crackpot conspiracy theories” (honestly, does this woman ever do any background research—or read books?)

In any case, none of the films that Hollywood seems willing to tackle touch on what the great, great mass of careful investigation, research and scholarship has shown over the years—the extremely high likelihood that JFK’s death was a covert operation engineered by exactly the kinds of people whose profession was to displace leaders and carry out military-precision operations under cover. (My own book, Family of Secrets

, has four chapters of new, abundantly documented and heavily footnoted material on the Kennedy assassination, including the answer to why George H.W. Bush cannot remember where he was on Nov. 22, 1963—and there are many other fine books, both recent vintage and released over the years, which carefully lay out enough evidence to settle the matter to all but the most closed-minded. Examples here

Nearly half a century after the death of a president who took bold steps against abuses by the one percent of the one percent, we are still in denial about how and why he died. Our leading institutions and individuals are not only scared to talk about the truth, but glad to cynically profit from tired lies and evasions.

So where are we when it comes to our own boldness and advanced self-awareness? This year, we may be headed toward a presidential general election contest between a wealthy predator and a putative reformer who has made his peace with the most powerful, wealthiest circles in America. If not that wealthy predator, then perhaps a demagogic blowhard of the extreme mercenary variety.

Wonder what Jack and Bobby would have to say?

55 responses to “The Deaths of JFK, RFK—and the Silence of the Lambs”