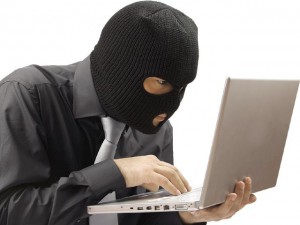 What’s missing from the daily rat-a-tat of charges on what Rupert Murdoch’s minions did and did not do is the larger picture of his business practices, into which the UK hacking fits rather neatly.

A new example that sheds light—and brings the United States into the picture—involves a Murdoch unit’s mafia-style tactics with another company. And it also involves hacking. But not just hacking.

This particular story, reported by Bloomberg, dates back to 1999, when a Murdoch company, News America Marketing, sought to buy Floorgraphics, a New Jersey firm that sold floor advertising in grocery stores. Floorgraphics did not want to sell. And that’s when News America began what Floorgraphics executives characterize as a campaign of spreading lies about the company to clients and otherwise seeking to damage its business.

In 2004, right at the moment that Floorgraphics was competing with News America for a “critically important” contract with the giant grocery outfit Safeway, its computers were hacked. News America won. A Floorgraphics executive contends that the Murdoch firm was able to prevail by using “comprehensive” financial data stored on Floorgraphics’ website.

When Floorgraphics discovered the breach, it contacted News America’s chief financial officer. The Murdoch company did not respond. However, years later, at a 2009 civil trial over the hacking, News America admitted that its computers had been used for the hacking. It said it did not know who was responsible, and, in a later statement, the company said that “News America Marketing condemns such conduct, which is in violation of the standards of our company.”

There’s an eerie similarity to the situation in Britain, where, once again, people working for Murdoch were taking illegal actions advantageous to his interests, and where his company disclaimed all knowledge.

With the FBI already in the picture looking at the possibility that the voicemail of 9/11 victims was hacked, this story adds yet another substantial wrinkle. It also raises the possibility that US law enforcement could find the makings of a larger RICO case— i.e. a broader conspiracy to commit criminal acts.

2 responses to “Murdoch US Scandal Brewing?”