A Moment to Seize With Israel - WhoWhatWhy
Reading Time: 4 minutes 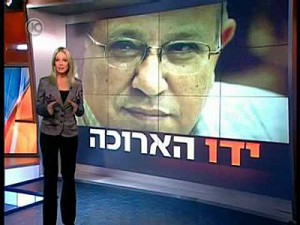 Those who defend Israel reflexively, and those who criticize Israel as if it—all its component parts, and all (or most) of its people—is singularly evil and without redeeming features, would do well to note this development, as reported by The New York Times:

The man who ran Israel’s Mossad spy agency until January contends that Israel’s top leaders lack judgment and that the anticipated pressures of international isolation as the Palestinians campaign for statehood could lead to rash decisions — like an airstrike on Iran.

Ok, before we go further, let’s contemplate this and contextualize it. Israel is often presented as if “it” is bad, or as if whatever it does is always justified. There is little distinction made between factions, and little awareness of the intense internal battles that are constantly being waged. Knee-jerk backers and impassioned critics of Israel alike seem to lack awareness of who the most responsible and flexible people are in the government, and on strategies for enhancing their power.

The former intelligence chief, Meir Dagan, who stepped down after eight years in the post, has made several unusual public appearances and statements in recent weeks. He made headlines a few weeks ago when he asserted at a Hebrew University conference that a military attack on Iran would be “a stupid idea.”

This week Mr. Dagan, speaking at Tel Aviv University, said that attacking Iran “would mean regional war, and in that case you would have given Iran the best possible reason to continue the nuclear program.” He added, “The regional challenge that Israel would face would be impossible.”

Mr. Dagan went on to complain that Israel had failed to put forward a peace initiative with the Palestinians and that it had foolishly ignored the Saudi peace initiative promising full diplomatic relations in exchange for a return to the 1967 border lines. He worried that Israel would soon be pushed into a corner.

Since just the term “Mossad” is considered in many circles a synonym for evil incarnate, it is interesting to contemplate what it means that such a man as Dagan was appointed to run the organization. And more so that he would come forward with his concerns. For comparison, try and think of CIA directors who have left and then publicly excoriated the government for reckless, overly aggressive behavior.

On Thursday he got more specific, naming Prime Minister Benjamin Netanyahu and Defense Minister Ehud Barak, but this time through a leaked statement to journalists. The statement had to do with his belief that his retirement and the retirement of other top security chiefs had taken away a necessary alternative voice in decision making.

In recent months, the military chief of staff, Gabi Ashkenazi, and the director of the Shin Bet internal security agency, Yuval Diskin, have also stepped down. Mr. Dagan was quoted in several newspapers as saying that the three of them had served as a counterweight to Mr. Netanyahu and Mr. Barak.

“I decided to speak out because when I was in office, Diskin, Ashkenazi and I could block any dangerous adventure,” he was quoted as saying. “Now I am afraid that there is no one to stop Bibi and Barak,” he added, using Mr. Netanyahu’s nickname.

Journalists recalled that Mr. Dagan, who had refused contact with the media during his time in office, called a news briefing the last week of his tenure and laid out his concerns about an attack on Iran. But military censorship prevented his words from being reported.

“Dagan wanted to send a message to the Israeli public, but the censors stopped him,” Ronen Bergman of the newspaper Yediot Aharonot said by telephone. “So now that he is out of office he is going over the heads of the censors by speaking publicly.”

Mr. Dagan’s public and critical comments, at the age of 66 and after a long and widely admired career, have shaken the political establishment. The prime minister’s office declined requests for a response, although ministers have attacked Mr. Dagan. He has also found an echo among the nation’s commentators who have been ringing similar alarms.

…Nahum Barnea, a commentator for Yediot Aharonot, wrote on Friday that Mr. Dagan was not alone. Naming the other retired security chiefs and adding Amos Yadlin, who recently retired as chief of military intelligence, Mr. Barnea said that they shared Mr. Dagan’s criticism.

“This is not a military junta that has conspired against the elected leadership,” Mr. Barnea wrote. “These are people who, through their positions, were exposed to the state’s most closely guarded secrets and participated in the most intimate discussions with the prime minister and the defense minister. It is not so much that their opinion is important as civilians; their testimony is important as people who were there. And their testimony is troubling.”

The fact that Dagan’s not the only one elevates the gravity and the opportunity.

This concern was backed by a former Mossad official, Gad Shimron, who spoke Friday on Israel Radio.

Mr. Shimron said: “I want everyone to pay attention to the fact that the three tribal elders, Ashkenazi, Diskin and Dagan, within a very short time, are all telling the people of Israel: take note, something is going on that we couldn’t talk about until now, and now we are talking about it. Something is rotten in the state of Denmark, and that is the decision-making process. The leadership makes fiery statements, we stepped on the brakes, we are no longer there and we don’t know what will happen. And that’s why we are saying this aloud.” ….

This may be a crucial opening for an international dialogue. But it requires more than blanket attacks on Israel, everybody in it and everything about it, or the ritual defenses of anything Israel does. It also calls for a recognition that, just as in the United States, there can and must be spirited debate and new ways forward.

7 responses to “A Moment to Seize With Israel”