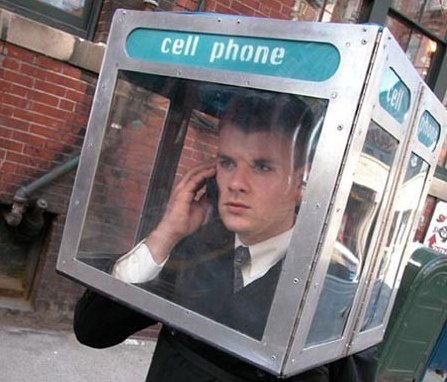 Radiation from cell phones can possibly cause cancer, according to the World Health Organization. The agency now lists mobile phone use in the same “carcinogenic hazard” category as lead, engine exhaust and chloroform.

Before its announcement Tuesday, WHO had assured consumers that no adverse health effects had been established.

A team of 31 scientists from 14 countries, including the United States, made the decision after reviewing peer-reviewed studies on cell phone safety. The team found enough evidence to categorize personal exposure as “possibly carcinogenic to humans.” ….

Of course, if you’ve been visiting WhoWhatWhy (or happened to read GQ of all things), you already knew about this 16 months ago. And you knew the risks are far greater and broader.

Here are a few snippets:

It’s hard to talk about the dangers of cell-phone radiation without sounding like a conspiracy theorist. This is especially true in the United States, where non-industry-funded studies are rare, where legislation protecting the wireless industry from legal challenges has long been in place, and where our lives have been so thoroughly integrated with wireless technology that to suggest it might be a problem-maybe, eventually, a very big public-health problem-is like saying our shoes might be killing us. Except our shoes don’t send microwaves directly into our brains. And cell phones do-a fact that has increasingly alarmed the rest of the world….

Though the scientific debate is heated and far from resolved, there are multiple reports, mostly out of Europe’s premier research institutions, of cell-phone and PDA use being linked to “brain aging,” brain damage, early-onset Alz­heimer’s, senility, DNA damage, and even sperm die-offs (many men, after all, keep their cell phones in their pants pockets or attached at the hip). In September 2007, the European Union’s environmental watchdog, the European Environment Agency, warned that cell-phone technology “could lead to a health crisis similar to those caused by asbestos, smoking, and lead in petrol.”

Perhaps most worrisome, though, are the preliminary results of the multinational Interphone study sponsored by the International Agency for Research on Cancer, in Lyon, France. (Scientists from thirteen countries took part in the study, the United States conspicuously not among them.) Interphone researchers reported in 2008 that after a decade of cell-phone use, the chance of getting a brain tumor-specifically on the side of the head where you use the phone-goes up as much as 40 percent for adults. Interphone researchers in Israel have found that cell phones can cause tumors of the parotid gland (the salivary gland in the cheek), and an independent study in Sweden last year concluded that people who started using a cell phone before the age of 20 were five times as likely to develop a brain tumor. Another Interphone study reported a nearly 300 percent increased risk of acoustic neuroma, a tumor of the acoustic nerve.

You can read more about the World Health Organization’s analysis here.

Once again, it has taken a very, very long time for some urgently important information to be addressed, however tepidly, by the establishment in a way that it can be shared by the big corporate media with the people. Hence, for the public at large to learn of this hazard.

That’s why we started WhoWhatWhy. Because we know that if risk-averse corporate news organizations are reticent to talk about consumer devices from a single albeit powerful industry, just imagine what they won’t tell you about our political systems, or our planet.