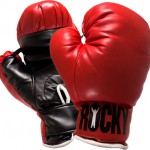 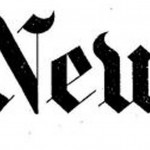 A lot of folks these days seem to enjoy getting their calculators out. This is a good thing. The more that citizens become engaged in assessing the fairness and logic of government decisions, the better off we all are. So, for purposes of discussion, here’s former New York Times reporter David Cay Johnston, a friend of WhoWhatWhy, at Tax.com with an intriguing comparison of taxes paid by the Times vs. GE, target of a recent Times piece on how little taxes the giant pays—including none at all in 2010.

For a number of reasons, the Times is a special case, but this is still a revealing analysis. Here are excerpts:

Just as the individual income tax falls more heavily on the affluent than the super-rich, so too does the corporate income tax. The giants of American business pay at lower effective cash rates than much smaller corporations.

That regressivity is an important aspect of the general trend in U.S. tax policy, which at both the federal and state levels is focused on pushing burdens down the income ladder.

…let’s look at the distribution of corporate income taxes, starting with a comparison of two of the best-known brand names in the country: GE and the New York Times Co.

Sure, why not? All comparisons are bound to have their shortcomings, but they’re also good tools for discussion. (Let those comments fly!)

…GE made a nearly $194 billion profit over the last 10 years and paid nearly $23 billion in income taxes. That’s a real tax rate of 11.8 percent, about one-third the statutory rate of 35 percent.

The New York Times Co. made less than $2 billion in profit over the same 10 years and paid almost $1.4 billion in income taxes. That’s a real tax rate of 71 percent, paid in cold, hard cash.

Had GE been taxed at the same rate as the New York Times Co. over that decade, it would have paid $115 billion more in corporate income taxes. That is more than half the $191 billion that all corporations paid in U.S. income taxes in 2010, White House budget data show.

…Why did the New York Times Co. pay such a high tax rate? The main reasons include its 1991 purchase of The Boston Globe for $1.1 billion. The Globe and some other properties came with boatloads of intangibles that do not qualify as tax-deductible expenses.

That raises questions about incentives for behavior. Arguably, the Times’ purchase of The Globe was in the public interest—certainly the Times is a more desirable owner in terms of  commitment to journalistic quality than most big publishers.

There are other big differences between GE and the New York Times Co. when it comes to taxes. For one, GE lobbies heavily for tax breaks. Last year GE spent $39 million lobbying in Washington. That is more than $73,000 for each representative and senator. It is also four times what GE spent in the late 1990s. And while correlation is not causation, as GE’s lobbying spending has zoomed, its tax rate for accounting purposes has trended downward. Indeed, in 2010 it was a quarter of what it was in 2001, both down years for the economy.

In contrast, the New York Times Co. “does not generally lobby and has not lobbied on tax matters,” spokeswoman Abbe Serphos said….

The newspaper company is an extreme example when it comes to tax burdens. But the vast disparity between two companies with lots of money invested in machinery provides an excellent contrast to examine the distribution of tax bills by taxpayer size.

Individual income tax burdens rise until about the $10 million level and then they fall off. At the very, very top the current tax rate is zero, because Congress lets hedge fund managers and others earn now but delay for years or decades paying a 15 percent tax on their compensation for successfully investing other people’s money. In this, hedge fund managers and GE are at one in sharing the current burdens of our civilization.

The same pattern of taxes being progressive to a point and then becoming regressive shows up in corporate income taxes.

Perhaps more significant, the 2.2 million corporations with between $1 and $500,000 of assets paid 19 percent, not much less than the Gargantuans.

Corporate rates at the top (with some notable exceptions like the New York Times Co.) fall off because most of those firms spend big to lobby for provisions for their benefit as opposed to industrial or general benefit. The rates at the top, including GE’s, reflect all the favors very large firms win through lobbying, campaign contributions by executives, and subtle favors like jobs for friendly lawmakers when they retire or get voted out…..

The issue of how GE avoids taxes deserves more attention. Because not only does it shift as much as possible of its operations and therefore tax burden overseas, but there it seems to somehow disappear as well.

…[consider its] light bulb manufacturing operation in Brazil. At least three times, GE’s Brazilian managers reported that the company was escaping state-level VAT by claiming it sold vast quantities of light bulbs and other equipment in tax-free or reduced taxed zones in the Amazon, where electric lights are less common than piranha.

…Maybe the Times coverage of GE and its nearly 1,000-employee tax department will spur serious inquiry into the company’s conduct at home and abroad. And if not now, then maybe the next time the political winds change on Capitol Hill.

For more on GE and its political influence, see this WhoWhatWhy piece.

3 responses to “Take The Quiz: Who Pays More Taxes—GE or NYT?”