Should “Frack” Be A Curse Word? A Look At the Hottest New Energy “Solution” - WhoWhatWhy
Reading Time: 3 minutes 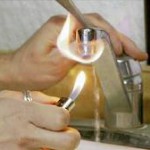 However many global warming deniers there are, we already see—or soon will—more in a category we might call “fracking enablers.” These people assure us that the natural gas extraction process known as hydraulic fracturing (or “fracking”) is as safe as…well, as safe as they were just recently telling us nuclear power had become. But what’s the real story about this practice which has spread so rapidly around the United States?

In an article in a feisty journal called Capitalism Nature Socialism, the environmental journalist Karen Charman presents one of the most devastating reports we’ve seen on the particulars in play:

As the large, easy reservoirs of fossil fuels are exhausted, the capitalist machine is now

scouring the earth in a frenzy to exploit sources that are much more difficult, risky, ecologically damaging, and expensive to extract. Natural gas from coalbed methane, shale, and tight gas sands; oil from tarsands or increasingly deep wells far below the ocean floor; and thin coal seams that are only “economic” for companies to exploit by blowing up whole mountaintops define the new era of fossil fuel extraction. All of these activities are destroying ever-larger swathes of land, ecosystems, and the communities that depend on them, greatly escalating the global ecological crisis that, if it continues unabated, will make the earth uninhabitable for life as we know it.

…Although the explosion in the availability of environmentally friendly products over  the last several years indicates that strong support for non-polluting, renewable energy sources does exist, private energy corporations use every means at their disposal to prevent the widespread adoption of alternatives that would threaten their enormous profits. Energy corporations and their proponents manipulate the public sphere by engaging in sophisticated propaganda campaigns to both strengthen the perceived need for fossil fuels and confuse public debate by distorting facts about the environmental harm of extracting and burning them. Energy corporations have also been supremely successful at manipulating the political process, which supports them with massive public subsidies and laws that ensure their profitability while limiting liability for the direct and indirect harm they cause….

hydrofracking of shale as “effectively the explosion of a massive pipe bomb underground.” In order to break up the rock, the fracking pressure in a shale gas well must be extreme—15,000 pounds per square inch, which he notes has three times the explosive pressure of a thermobaric air bomb that can be heard up to 100 miles away. The horizontal orientation of the wells is particularly problematic for drinking water sources, since horizontal wells are much more likely to go under aquifers, lakes, streams, springs, and rivers. Furthermore, horizontal wells are fracked numerous times. This increases the chances of hitting and expanding fault lines, which will carry to aquifers

and groundwater sources naturally occurring toxic chemicals such as pyrite; radioactive elements such as radium and uranium that are common in dark shales like the Marcellus; the methane gas itself; and the additional chemicals (“fracking fluids”) the companies use to maximize gas production of the wells.

On and on she goes. It’s worth reading the entire journal article, which despite the provocative opening quote from Karl Marx is not ordinarily available for free. Karen has nevertheless arranged with her publisher to make it available at no cost, for a time, here.

Don’t expect to take your tap water for granted ever again.