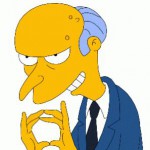 It’s time for a much more concerted look at the growing role of corporations—domestic and foreign—in subverting American democracy. A good warning shot comes from a New York Times piece on ties between Tea Party affiliated outfits and corporations, including foreign ones.

…[A] Tea Party group in the United States, the Institute for Liberty, has vigorously defended the freedom of a giant Indonesian paper company to sell its wares to Americans without paying tariffs. The institute set up Web sites, published reports and organized a petition drive attacking American businesses, unions and environmentalists critical of the company, Asia Pulp & Paper.

… Tariff-free Asian paper may seem an unlikely cause for a nonprofit Tea Party group. But it is in keeping with a succession of pro-business campaigns — promoting commercial space flight, palm oil imports and genetically modified alfalfa — that have occupied the Institute for Liberty’s recent agenda.

The Tea Party movement is as deeply skeptical of big business as it is of big government. Yet an examination of the Institute for Liberty shows how Washington’s influence industry has adapted itself to the Tea Party era. In a quietly arranged marriage of seemingly disparate interests, the institute and kindred groups are increasingly the bearers of corporate messages wrapped in populist Tea Party themes.

The reporter, Mike McIntire, almost comes out and declares the tax-exempt Institute for Liberty bought-and-paid-for. He can’t quite say that, and maybe that isn’t precisely correct.

Nevertheless, the whole thing does stink. McIntire points out that the Institute’s president, Andrew Langer, was also involved with helping

…the agribusiness giant Monsanto to ease federal restrictions on its pesticide-resistant alfalfa. (In February, regulators agreed to do so.) Mr. Langer said he decided “to try out our grass-roots method on that, and frame it as a dairy issue and access to affordable food.”

Now check out the details on a “grassroots” petition Langer filed with the Department of Agriculture:

…a close look at that petition illustrates how a “grass-roots” campaign may be something else entirely. He submitted 8,052 comments he said were collected by telephone. The comments, under different names, were identical and began: “I was recently contacted by the Institute for Liberty and asked if I would be willing to lend my voice in support of moving these types of alfalfa to nonregulated status.” The New York Times examined a random sample of 50 names, and found that three of the people were dead when the comments were submitted. Others said they had no idea their names had been used.

…Told of these findings, Mr. Langer said, “That’s news to me,” and attributed them to errors by a consultant he retained to solicit the petitions, whom he would not identify. “Naturally,” he said, “the law of averages dictates that not everything will be perfect, and I will contact the vendor about that.”

Is this the kind of operation that James O’Keefe, so indignant about abuses at ACORN, Planned Parenthood and NPR, might like to target with his hidden camera “investigation” routine? Almost certainly not. Is this perhaps something instead that a federal prosecutor might find worth exploring?

Putting aside such potential fraud, there is the broader issue of whether these tax-exempt nonprofit outfits are truly serving any authentic American public interest.

McIntire asks Langer, the Institute president, why he is working on helping the Indonesian paper company. Here is the reply:

Although some of his material cites Asia Pulp & Paper, Mr. Langer insists that he had not even heard of the company when he was setting up [a separate entity called] Consumers Alliance last August to call attention to free trade and affordability of products. He decided to do its first campaign on paper imports, he said, because the tariffs — which were approved in October — could raise textbook prices. “Paper came up because it was the beginning of the school year,” he said, adding that no one brought him the idea.

McIntire goes on to point out that, contrary to that claim, Langer actually set up a paper-related website before launching the more all-purpose Consumers Alliance, and before the tariffs were approved. Therefore, the Indonesian company’s concerns dovetailed with his before he suddenly started worrying about schoolchildren and their parents.

As importantly though, we might well ask about Langer’s stated motivation. How plausible is it? Out of all the issues he could focus on at something called the Institute for Liberty, he was afraid that unless we let an Indonesian company get its paper through, tariff-free, textbook prices would rise? That is sending this presumably well-paid nonprofit executive to the barricades?

Another issue, of course, is Langer’s claim that:

“More regulation and U.S. corporate welfare do not benefit American consumers, Asian companies or those in Southeast Asia who desperately need employment,” ….

Does anyone find it credible or even appropriate that, in such a terrible American economy, this man would be principally worried that such regulation “do[es] not benefit…Asian companies or those in Southeast Asia who desperately need employment”?

Besides, isn’t that an odd stance for a Tea Party “activist”? McIntire ought to have asked Tea Party leaders and organizers whether their angry members agree that a top priority is to figure out how to help, first and foremost, Asian companies and the unemployed… in Southeast Asia.

With the Tea Party congressional coup in November, time is running short on getting to the bottom of this cynical undermining of intelligent public decision-making—and of democracy itself. We need much more reporting, and fast.