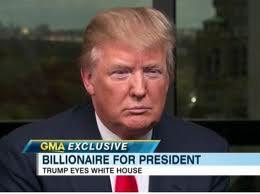 Sometimes, others say things better than we ever could. Such is the case with this, from our friend Sam Smith, editor of the Progressive Review.

Here’s what Sam wrote (Please weigh in by posting your own comments below):

One of the ways that bad policies, ideas, and values spread is because the system, especially the media, portrays them as normal. One of the ways one knows this to be untrue is to be old enough to remember when life was different.

I’ve been jotting down things of a political, social and economic nature that have been happening lately for the first time or in record quantity since I covered my first Washington story 54 years ago. Here are a few of the things that are new with me:

– The most radical and irrational Republican Party. To be sure, there had been Joe McCarthy but among those who eventually put him down were normal conservatives who found him embarrassing. Those people don’t seem to exist anymore in the GOP.

– The most conservative Democratic president. In an earlier time, there would have been a name for Obama: Republican.

– People who would have formerly been considered political jokes are now talking about running for president, such as Michele Bachmann, Sarah Palin, and Donald Trump. To be sure there was a Pogo for President movement and comedian Pat Paulsen’s campaign, but neither had a PAC.

– An unprecedented level of political nastiness. I can’t, for example, remember a segregationist politician calling for blacks to be shot and killed by helicopter like “feral hogs” as recently proposed for immigrants by a Kansas legislator.

– A record bipartisan contempt for civil liberties. Never has a Democratic president or a Republican Party been so eclectically contemptuous of constitutional rights. As William Shirer, author of a great book Nazism, pointed out, “You don’t need a totalitarian dictatorship like Hitler’s to get by with murder . . . You can do it in a democracy as long as the Congress and the people Congress is supposed to represent don’t give a damn.”

– A decline in the respect for facts. In America’s political debate, facts are now treated like just another ad hominem argument to be dismissed with colorful rhetoric. And numbers are considered simply another form of adjective.

– A Democratic administration without a single cabinet member one can truly admire.

– A Democratic Congress with only a tiny handful of party members who might have supported either the New Deal or the Great Society. But you can’t save the republic just relying on Bernie Sanders, Dennis Kucinich and Anthony Weiner.

– A stunningly vacuous cultural leadership and a weird willingness to let Jon Stewart take care of  it all for us.

– Massive passivity by, rather than reaction from, the nation’s young.

– The extraordinary level of bipartisan contempt (depending on who is in which office) for the constitutional powers of the Congress and states.

– The sense one has of Obama seeing himself as a CEO rather than a political leader of multi-faceted democratic institutions. And our treatment as either consumers or employees.

– The level of mind-blowing bureaucratic complexity of new policies such as the healthcare legislation, which no one has truly figured out.

– The willingness to replace legal argument with euphemisms to accomplish violations of the Constitution and international law.

– The bipartisan indifference and ineffectiveness regarding the ecological crises around us, all the more striking because the evidence of ecological danger is now far stronger than when the modern environmental movement started four decades ago.

– The unprecedented willingness by Democrats – from Obama on down – to dismantle great programs of the New Deal and the Great Society.

– A loss of privacy unlike any time I have experienced.

– A record number of people on food stamps.

– A record collapse in housing prices.

– The first decline in family net worth since the 1950s

So there’s Sam getting warmed up. Now, are you warmed up? What do you think? Let’s get the discussion started…..

There are 53 comments Our Comment Policy: Keep it civilized, keep it relevant, keep it clear, keep it short. Please do not post links or promotional material. We reserve the right to edit and to delete comments where necessary.