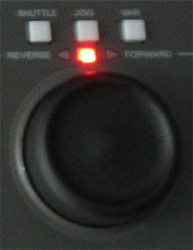 When I wrote a piece the other day about a scandal rocking National Public Radio over “inappropriate” comments NPR fundraising executives make on edited hidden-camera footage,  I wondered whether raw footage might provide some useful context.  I did not know at the time that such raw footage was there to be scrutinized.

Thus, I was pleased to learn that a conservative news site, The Blaze, which might ordinarily be assumed would jump on the NPR-bashing, actually had someone go through and compare the two. Astonishingly, what Blaze found and was willing to report was that many of the edited comments were taken out of context.  Why is this astonishing?  Because, according to its website, “The Blaze is a news, information and opinion site brought to you by Glenn Beck and a dedicated team of writers, journalists & video producers.”  Given that the NPR executives were represented in the edited video released by right-wing activists as unapologetic leftists and partisans, and sympathizers with Muslim extremists (with the resulting uproar causing several network officials to resign) it is especially interesting to see what this particular conservative website came up with.

Here’s my quick summary of The Blaze’s significant findings:

-Edited Video: Narrator implies that the donors advocate extreme Muslim views (Sharia—associated in many people’s minds with brutal acts and behaviors) and the edited version shows an NPR exec reacting to this information with humor.  Raw Video: NPR executive is acting jovially about something else: a mix-up in their restaurant reservation. (!)

-Edited Video: Suggests NPR exec is against the GOP. Raw Video: NPR exec also talks about his affinity for the GOP and its traditional values.

-Edited Video:  NPR exec appears to be criticizing the Tea Party. Raw Video: NPR exec is quoting two influential longtime Republicans’ complaints about how their party has been taken over by extreme elements, then personally agrees.

Why is this information not in the mainstream media—and not on NPR? Why do we have to count on newer news sites—conservative, liberal , or neither— to learn this crucial information?

One hopes this is a sign of better times to come. For our part, at WhoWhatWhy , we’re similarly committed to showing, in any given situation, what we think was actually going on— rather than what we think you want to hear.