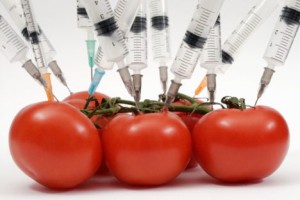 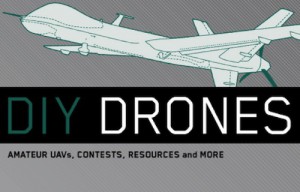 So have you heard? Any day, there will be these mini-drones, little unmanned planes, following you around. And no, you won’t have to be a member of the Taliban. Just an American who is suspected of something or other.  When you aren’t panicked about this new, inevitable expansion of the police state, you can at least relax with some comfort food—like a handful of frankenmonster GMO alfalfa.

No need to drone on and on. Let’s get started with the surveillance issue, via the Washington Post:

The suspect’s house, just west of this city, sat on a hilltop at the end of a steep, exposed driveway. Agents with the Texas Department of Public Safety believed the man inside had a large stash of drugs and a cache of weapons, including high-caliber rifles.

As dawn broke, a SWAT team waiting to execute a search warrant wanted a last-minute aerial sweep of the property, in part to check for unseen dangers. But there was a problem: The department’s aircraft section feared that if it put up a helicopter, the suspect might try to shoot it down.

So the Texas agents did what no state or local law enforcement agency had done before in a high-risk operation: They launched a drone. A bird-size device called a Wasp floated hundreds of feet into the sky and instantly beamed live video to agents on the ground. The SWAT team stormed the house and arrested the suspect.

“The nice thing is it’s covert,” said Bill C. Nabors Jr., chief pilot with the Texas DPS, who in a recent interview described the 2009 operation for the first time publicly. “You don’t hear it, and unless you know what you’re looking for, you can’t see it.”

…by 2013, the FAA expects to have formulated new rules that would allow police across the country to routinely fly lightweight, unarmed drones up to 400 feet above the ground – high enough for them to be largely invisible eyes in the sky.

Such technology could allow police to record the activities of the public below with high-resolution, infrared and thermal-imaging cameras.

One manufacturer already advertises one of its small systems as ideal for “urban monitoring.”…

This clever technology could have all kinds of uses, like, say, tracking down people who infringe on patents involving protected seed technology. For more on this, see the documentary, Food Inc. But before you do, let’s hear about the latest indication that our society is going to seed. The following is from an advocacy group, so you’ll have to decide whether you buy what they say (but you should take the same approach with supposedly neutral news reporting, too):

I urge you to immediately reject the approval of Monsanto’s genetically engineered Roundup Ready alfalfa. The U.S. Supreme Court has already acknowledged that the economic risks from genetic contamination, as well as the risk to the environment of gene flow, are real concerns. The USDA has a responsibility to protect farmers and consumers and should refuse the biotech industry’s demands for deregulation. More importantly, the Secretary of Agriculture and President of the United States have a sacred duty to protect biodiversity and seed integrity for future generations and our planet.

If approved, the contamination of organic and conventional alfalfa crops is scientifically certain to happen. Once contaminated, organic and conventional crops will lose their economic value and this threatens the livelihood of family farmers who have responded to market signals regarding the valid concerns of the negative health and environmental impacts of genetically modified organisms (GMOs).

Already the CEO of the largest dairy cooperative has stated that approval of Monsanto’s GMO alfalfa “threatens the very fabric of the organic industry.” Once undermined, consumers will lose faith in USDA approved organic products….

What about newsrooms covering these sorts of developments with rigor and persistence? Not as an “isn’t this bizarre” one-off that typifies our news diet, but as a regular thing. Sort of keeping watch for the people. Any interest out there?