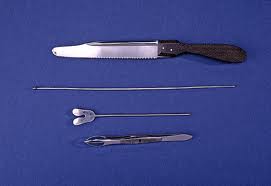 Here’s a fine piece of work that ran on the front page of The New York Times recently. The article, written by Ellen Barry, concerns a suspicious death, a cover-up and a commission’s inquiry into the death. See if you can guess where this incident took place (“spoiler” details have been removed from the excerpts below):

It was more than a year ago when six members of an obscure oversight panel filed into [the prison] to look into the death of a prisoner.

They were hardly an intimidating bunch: retired women in hats, mostly, scribbling their observations in notebooks, regarded by the prison staff as a minor irritant, like fleas.

In a country whose law enforcement structures wield enormous power, it is easy enough to ignore civilian watchdog groups. But this day was different. When the doctors were led in and told to take a seat, the panel’s leader … felt something unfamiliar in the air.

… A full account of [the victim’s] death, the group knew, could restore some confidence in [the] legal system. A whitewash, on the other hand, could erode what faith remained.

Investigating the death meant confronting [the nation’s] security structures – the police, prosecutors, courts, prisons and prison doctors, all links in a self-protective chain. The findings, however decisive, would have to compete with an official inquiry, which would ultimately determine if anyone would be prosecuted. …

Isn’t it exciting when American journalism really takes on the system? It is, except for one thing: the “system” in this case was Russia’s.

Too Close to Home?

The article was published as part of a series entitled “Above the Law,” which examined “corruption and abuse of power” and “the culture of impunity that pervades modern Russian society.” The Times obtained and examined a copy of the official autopsy report for this story on the death of a young Muscovite who exposed police corruption.

By comparison, what level of coverage has the paper of record devoted to a suspicious death and possible cover-up that took place much closer to home: the assassination of President John F. Kennedy?

Over the years, there has been a march of eyewitnesses and credible researchers whose findings have cast doubt on the official story. In particular, many of the most troubling questions have concerned irregularities surrounding the president’s autopsy.

By any measure, shouldn’t investigative reporting into a possible cover-up concerning the murder and autopsy of an American president and its implications about abuse of power in this country assume a much higher priority than a case of whistleblower retaliation in Russia?

Apparently not: the last story I could find about Kennedy’s autopsy doing a cursory search of the website was this, published more than 18 years ago in the wake of renewed interest in the case following the release of Oliver Stone’s 1992 film, “JFK”:

Breaking a 28-year silence, the two pathologists who performed the autopsy on President John F. Kennedy have affirmed their original findings that he was hit by only two bullets, fired from above and behind, and that one of them caused the massive head wound that killed him.

And four of five other doctors who attended the President in the emergency room of a Dallas hospital said they observed nothing while treating him that contradicts the pathologists’ findings. They also criticized another doctor in the emergency room that day, one whose new book asserts a conspiracy to cover up evidence that the President was shot from the front, not the back.

The two pathologists, who were Navy medical officers at the time of the autopsy, and the five other doctors have not previously discussed the Kennedy assassination, except before the Warren Commission that investigated it. They made their assertions in interviews reported in the May 27 issue of The Journal of the American Medical Association. …

… The two pathologists and many other medical experts agree that some of the questions raised about the assassination would have been avoided had the autopsy taken place in Dallas, as required by Texas law. No autopsy was performed there, the journal articles say, because security officials were anxious to get the new President back to the safety of Washington and Mr. Johnson refused to leave Dallas without Mrs. Kennedy and she refused to leave her husband’s body behind.

The interviews follow a new wave of conspiracy charges raised by Oliver Stone’s movie “J.F.K.” and a book, “J.F.K. Conspiracy of Silence” (Signet, 1992), by Dr. Charles A. Crenshaw, who was a junior member of the medical team that tried to save Kennedy’s life at Parkland Memorial Hospital in Dallas on Nov. 22, 1963. …

So, let’s see. The Times reported that the super-establishment AMA emerged to challenge the popular Oliver Stone movie, “JFK” and a member of the medical team that treated the dying president. Then, it noted without comment or explanation that the pathologists who conducted the autopsy were Navy officers. It also reported without comment that the autopsy should properly have taken place in Dallas, not under Naval auspices in Washington.

Why was the autopsy handled by the Navy? And why does the article repeat without question the convenient daisy chain of excuses (about Johnson refusing to leave without Mrs. Kennedy, etc.) for taking the body to Washington in violation of Texas law?

No answer. No reporting. Fortunately, the Russians are more lucky-they’ve got the New York Times looking out for them.