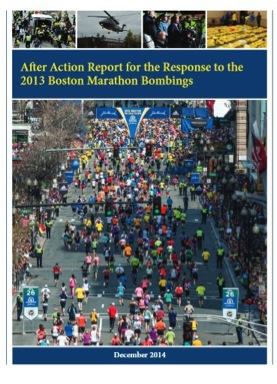 More importantly, whenever one of these Breaking News type stories hit (BMB, Aurora, Paris, Sandy Hook), I spend time listening for inaccuracies. I find that what gets reported right away is of most interest (and probably most accurate). That is until the authorities get their story straight. Then then MSM moves directly into the “human interest” side, i.e., candle-light vigil without spending a moment following up on the facts.

My thoughts exactly! Video footage of injured people just didn’t look right to me. And, to this date, I’ve read nothing about who exactly the soldiers were who conducted warrant-less searches on innocent civilians at gun-point.

Thanks for staying on top of this.

Out of the mouth of babes: “DAVID BOERI: The FBI is supposed to be in charge of this”

You guys really need to write/publish a book on the Boston bombing, even if it’s just a collection of pieces from the website.

The events of Wednesday 17th. April are something no one wants to talk about and the msm’s seeming lack of curiosity is notable. Obviously something the ptb would like us all to forget about. Why?

Was one of the senior judges that spoke to David Boeri, George O’Toole?

Link to the Report: http://www.mass.gov/eopss/docs/mema/after-action-report-for-the-response-to-the-2013-boston-marathon-bombings.pdf