For decades, “forever chemicals” have contaminated the drinking water of tens of millions of Americans, causing cancer, birth defects, and a myriad of other illnesses.

Now, the Environmental Protection Agency (EPA) is slashing the exposure limits of these invisible killers.

“No one should have to worry about the safety of their drinking water,” said Melanie Benesh, legislative attorney of the Environmental Working Group (EWG), in a statement welcoming the change. “These proposed advisory levels demonstrate that we must move much faster to dramatically reduce exposures to these toxic chemicals.”

Instead of 70 parts per trillion, drinking water can now only contain 0.004 ppt to 0.02 ppt, depending on the specific per- and polyfluoroalkyl substances (PFAS), to decrease chances of dangerous effects. One part per trillion is equal to one grain of sand in an Olympic-size swimming pool or a pinch of salt in 10 tons of potato chips. Essentially, what EPA is saying is that these chemicals are harmful at a much lower dose than previously thought.

Although few Americans have ever heard of these forever chemicals, many of them are exposed on a daily basis. Especially at risk are people living in low-income communities.

A study by the EWG estimates that more than 200 million Americans have dangerous levels of PFAS in their drinking water.

PFAS are a family of about 9,000 toxic chemicals used widely for their waterproofing abilities. They appear in products such as outdoor furnishings, clothing, and cookware, and are sold at common stores such as Target, REI, and Walmart. Most drinking water contamination begins with runoff from wastewater treatment plants and manufacturing plants that handle PFAS.

The carbon-fluorine bond that makes PFAS so effective is also what makes them so persistent in water, soil, air, and human bodies. It is one of the strongest bonds in nature and is extremely degradation resistant. Because of this, they are nicknamed “forever chemicals.” 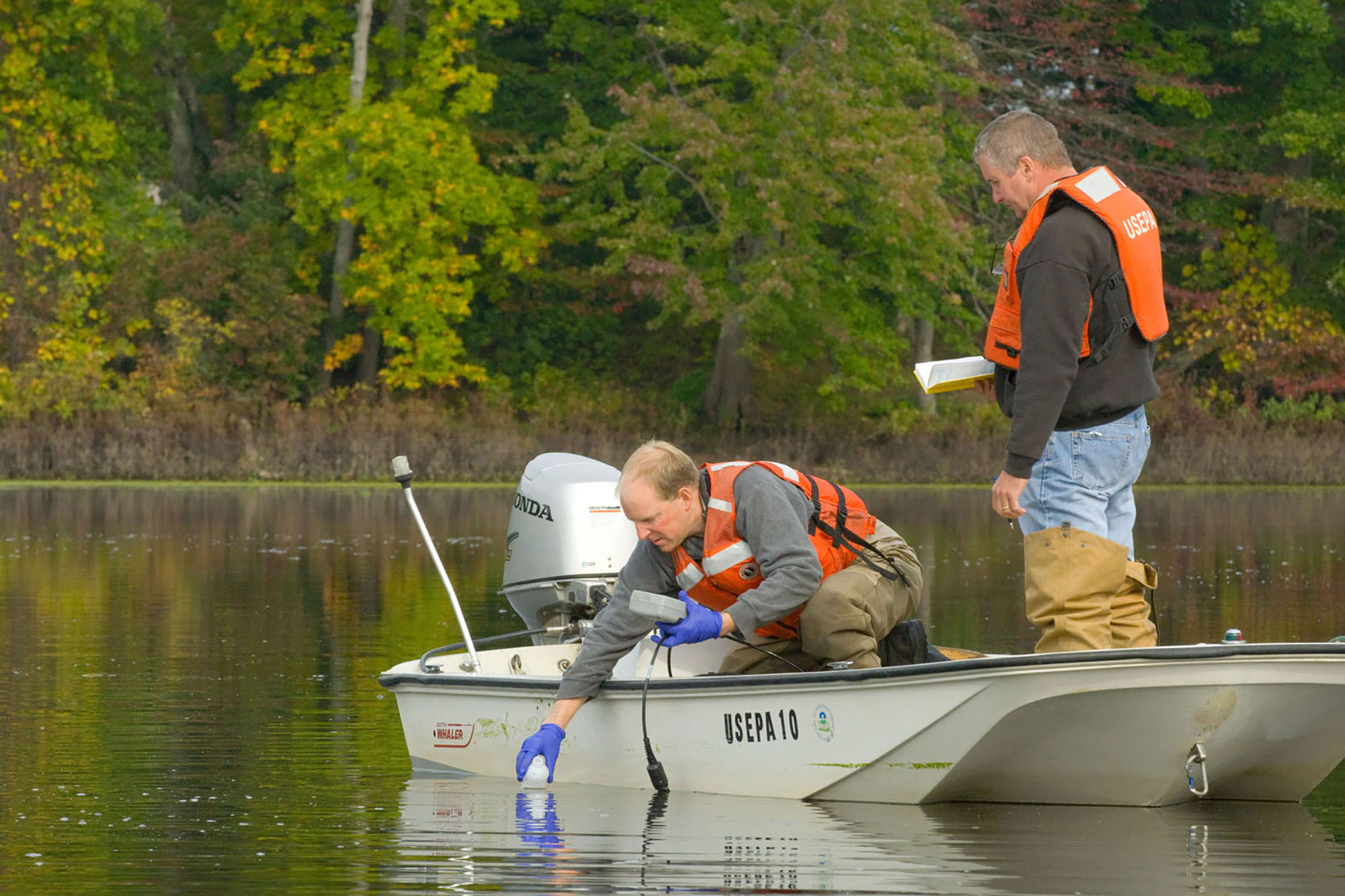 According to a study by the National Resources Defense Council, serial violation of drinking water regulations is 40 percent more likely to take place in underprivileged communities.

Out of the approximately 145,000 public water systems in the United States, 97 percent are considered small, meaning that they serve fewer than 10,000 people. Smaller water systems are more likely to serve disadvantaged communities and increasingly struggle with underfunded and aging systems that fail to eliminate contaminants such as pesticides, pharmaceuticals, personal care products, algal toxins, and PFAS.

To combat this, EPA has announced $1 billion in grant funding to aid small and disadvantaged communities. This is the first allotment of $5 billion through the Bipartisan Infrastructure Law and is meant to aid communities at the forefront of PFAS contamination in water quality testing, contractor training, and installation of centralized treatment technologies and systems.

“No parent should have to worry if the water they give their kids is contaminated, and awareness of the threat will allow the EPA to better plan, prevent, and address PFAS exposure,” said Sen. Maggie Hassan (D-ME) in a statement about the new advisory levels.

Real change begins when the new advisories are enforced this fall. The limits will impact communities suffering from PFAS through funding for cleanup and increased outreach helping lower-income populations, which account for the majority of water systems affected.

Several industry groups pushed back against the limits, suggesting they were not achievable. Many other water industry organizations, such as the American Water Works Association, said they understand the need to safeguard communities from PFAS contamination but are urging EPA to enforce levels they say are based on the best available science and are monetarily achievable.

“We encourage EPA to continue to work towards source control to prevent these contaminants from entering our waterways in the first place and are looking forward to working with EPA to develop science-based effluent limits and drinking water standards that protect public health and the environment without placing an undue burden on our utilities and ratepayers,” said Water Environment Federation President Jamie Eichenberger in a statement reacting to the change.

Others say peoples’ health is more important than the cost of chemical cleanup and that follow-through will be key.

“Today’s announcement will bring no comfort to the people who have been poisoned for decades without their knowledge or their consent,” said actor Mark Ruffalo, who starred in the 2019 film Dark Waters, in a statement about EPA’s new advisory announcement. “Until the EPA sets enforceable limits on PFAS in their drinking water, turns off the tap of industrial PFAS pollution in their communities, and ends the use of PFAS in their household products, today’s announcement will simply be a reminder that PFAS polluters have escaped accountability for decades.”