You can learn a lot from poop.

Deborah Giles would know. As the research director of the nonprofit Wild Orca and a research scientist at the University of Washington, Giles has worked for years on a project collecting scat from endangered Southern Resident killer whales to better understand their health.

And there’s reason for concern. Southern Residents are a distinct population of orcas — known as J, K, and L pod — that make their home in the waters around the Pacific Northwest. For the past 20 years, their populations have trended dangerously downward. In 2005, with just 88 individuals remaining, they were federally protected as endangered. Today their numbers have dropped to 73.

The Revelator spoke with Giles about the biggest threats facing these killer whales and what can be done to save them.

With the help of specially trained dogs, you’re able to find Southern Resident killer whale scat in the sea. What can you learn from it? 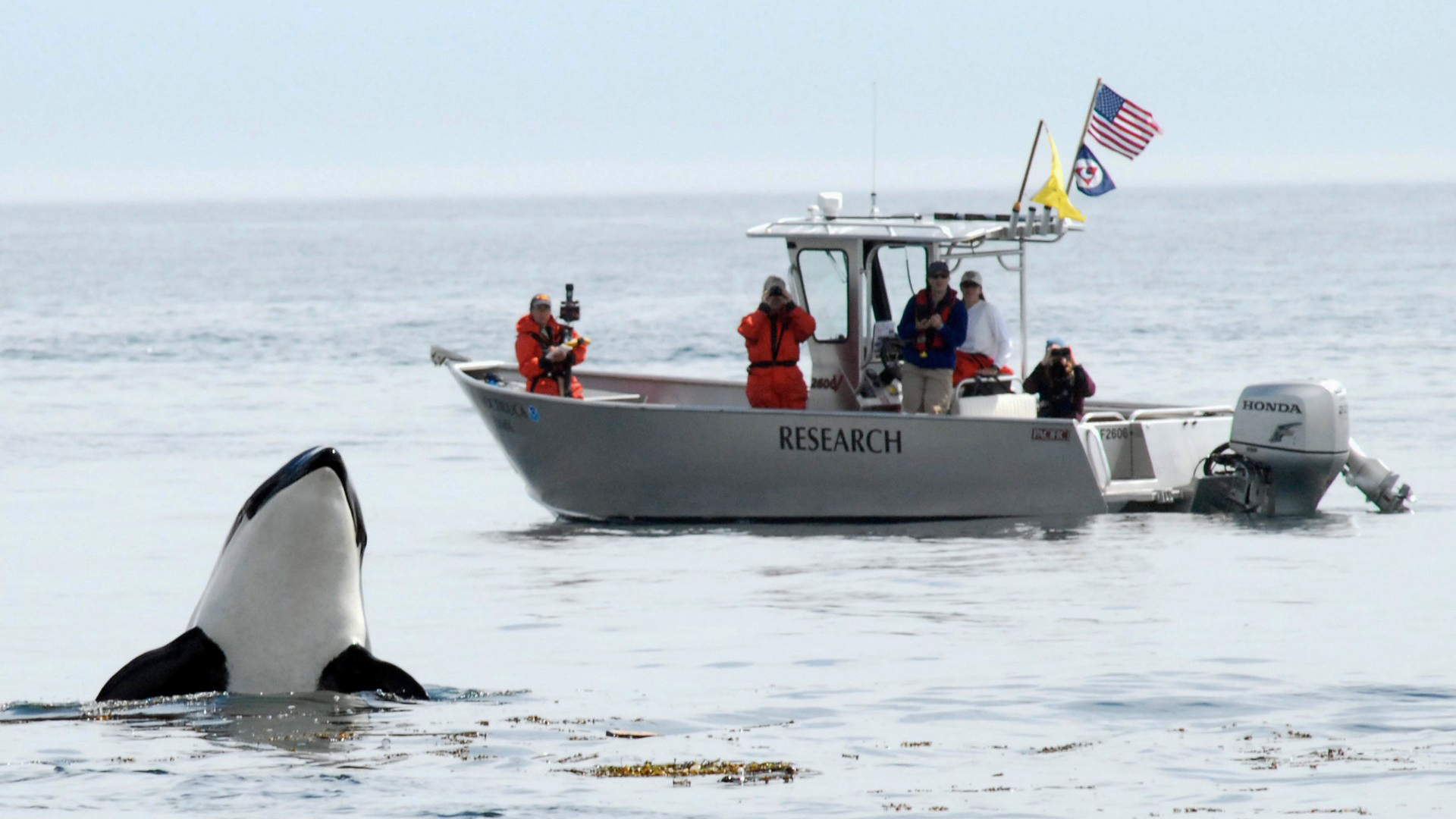 Scat is a great proxy for blood or blubber. In the past we would’ve had to have taken a blubber biopsy to understand things like how much toxicants are stored or circulating through the whale’s body. But an analysis of one fecal collection yields things like nutrition status, stress hormones, and pregnancy hormones. We can tell if a female is pregnant — and how pregnant — based on sex hormones associated with different stages of pregnancy. We can tell things about the gut microbiome, fungus, and bacteria. Pretty much anything you can imagine health-wise that can be learned from a biological sample, you can learn from feces.

One of our papers showed that 69 percent of pregnant females are losing their calves either before they’re viable, meaning they miscarry them, or the calves are born and die right away. And one-third of those are females that were pregnant into the last stages of pregnancy, and yet their babies died. Those females are the ones that we were also able to show were nutritionally deprived.

In addition, we can look at things like microplastics. We haven’t done any actual analysis on that yet, but that’s going to be a big one going forward. And we’ll be able to go back and analyze our past samples.

Chinook salmon are the preferred source of food for these killer whales. Is a lack of Chinook what’s driving their health problems?

That’s the biggest problem. Chinook are decimated in quality and quantity throughout the whales’ entire range. We, Washingtonians, like to think of these whales as ours, but they’re really Oregon’s and California’s whales, too.

Dams on rivers are also making the lives of salmon that much harder. So is habitat destruction in estuarine places — in areas that are the interface between the freshwater and saltwater. We’re filling those in with concrete and building condos in those areas that are vitally important for out-migrating salmon.

We’re also creating more fish that are inferior in quality by throwing more hatchery salmon into the mix. Wild salmon have a greater ability to withstand oceanographic perturbations in a way that hatchery fish don’t.

Another problem is with fisheries management. Salmon from much of Oregon, and all of Washington and British Columbia exit their natal rivers and go up to Alaska to spend anywhere from two to five years in the ocean getting big. Then they leave Alaska [and] return to their natal rivers to spawn.

But often, before they can do that, the Alaskan fishery takes a tremendous amount of the fish. Around 97 percent of Chinook caught in Alaska are non-native to Alaska. Those fish are bound for these rivers [in Oregon, Washington, and British Columbia] and come from a huge number of runs that are on the endangered species list.

What effect is climate change having on Southern Residents?

Climate change is the largest elephant in the room. It’s the one that’s overshadowing everything, because everything that’s impacting the natural world will ultimately find its way to direct impacts to the Southern Residents. Killer whales occur in all oceans of the world, from the warmest to the coldest waters. A several-degree temperature change isn’t going to impact the killer whales themselves, but it’s going to affect the fish that they rely on.

That’s another reason some of us are pushing for the Snake River dams to be removed. Those four dams on the mainstem of the Columbia and four on the Snake block some of the highest-elevation, coldest-water habitats needed for salmon. If we could remove those dams, that would give those fish the biggest access to cold-water habitat.

The salmon that these whales coevolved with used to be over 100 pounds. It makes sense that you would have these large-bodied whales that can live into their 80s when they were able to forage on these incredibly large, fat-rich, lipid-rich fish. A full-grown killer whale or a pregnant killer whale needs 300-400 pounds of food per day.

Now, when the average size of a Chinook in Washington state is 12.5 pounds, killer whales have to forage a lot more to find the same amount of food. And when the prey that they’re looking for is less quality, smaller, and more widely dispersed, these whales are having to exert so much more energy to try and get their daily caloric needs met. So it’s no wonder we’re seeing that 69 percent of females that get pregnant are not able to bring their calf to term. 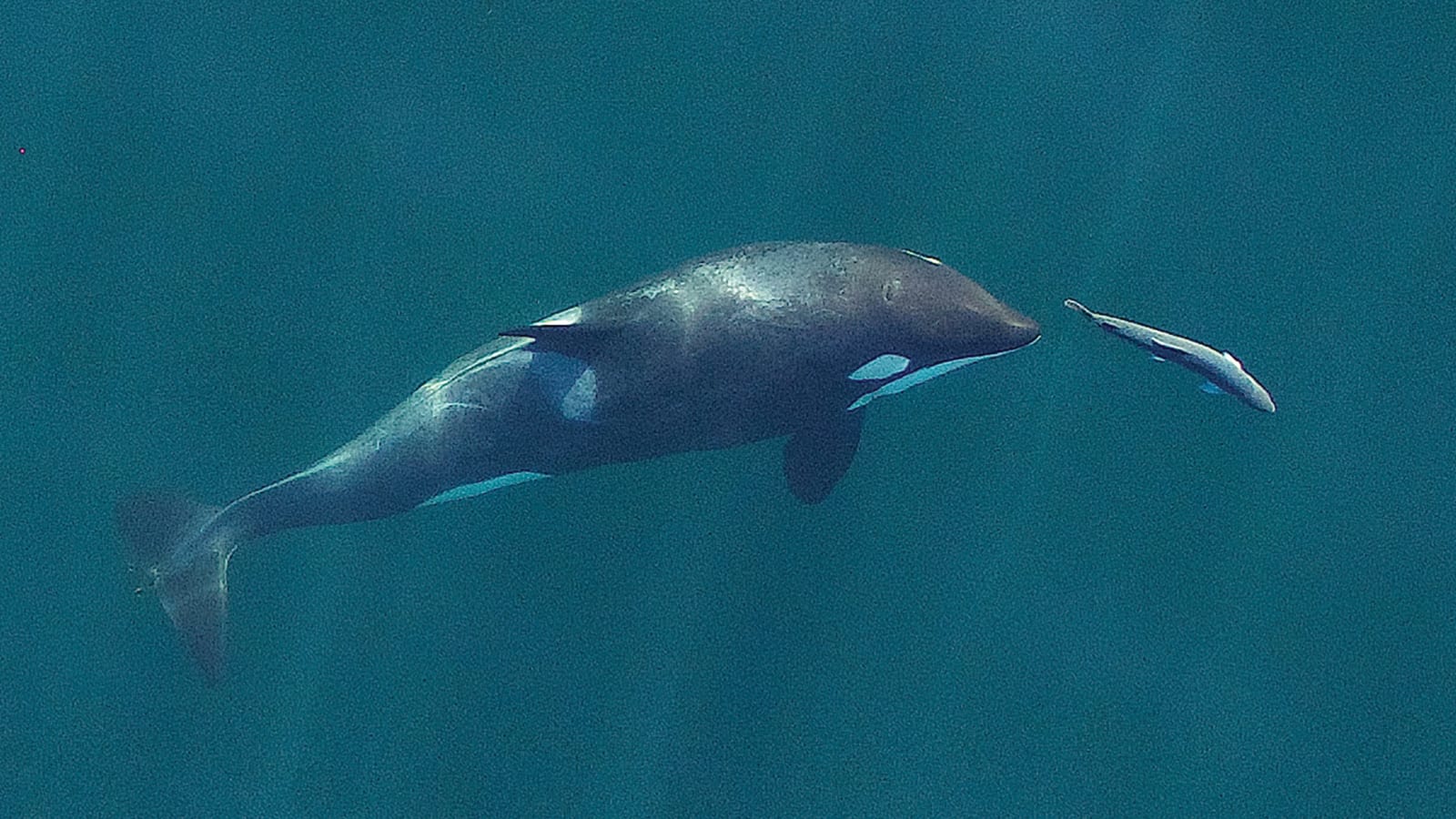 What else can we do to help them?

I think we need to be getting dams down that we can do without. That includes the Klamath dams in California, and others. We need to be doing habitat restoration on rivers to return healthy riparian corridors so that there’s shade to keep waters cool for salmon, and woody debris to create different habitats within the river system. We need to stop farming right up to the river’s edge. We need to be mindful of the inputs into the river, including industrial toxicants and those associated with agriculture.

We need to stop decimating that interface between the saltwater and the freshwater realm, which is an area that people seem intent to just completely pave over everywhere. We need fisheries management that focuses on maximizing a fish’s potential to get all the way back to its natal river.

We also need to change when, where, and how we fish. We can utilize fishing techniques that can significantly reduce salmon bycatch, like nets with holes in the sides that other species of fish don’t even seem to see but the Chinook can exit. We need to be very mindful about what is returning, what is moving through an area. Just because you’re out for a pollock or a hake or some other sort of fish, if there’s salmon in the area, I’m sorry, you don’t get to fish there.

In terms of research, I think we need to see what the emerging toxicants are that are impacting these whales, like PFAS (highly toxic fluorinated chemicals). We do need to be looking at how healthy the whales are at different times of the year and to be able to couple that with a knowledge of fisheries abundance. When these whales are getting enough to eat, what’s happening with fisheries there? What are we doing right there? We need to be tracking this throughout the year to be able to see change over time.

What is it like to be studying these animals that are perilously close to extinction?

I know these whales as individuals. I’ve been following them since I was 18, and I’ve watched the majority of them grow up. I’ve watched them have babies of their own. I’ve gotten a front-row seat to see their interactions with each other. I see how tightly bonded they are.

We saw what happens when a whale loses her calf, like with J35 [who carried her dead calf for at least 17 days in 2018]. That was the world’s opportunity to see what we researchers get to see anytime we’re with them. We see that they’re incredibly socially bonded. They care for each other. They cooperatively hunt and share food, even when they themselves are starving.

And we see that they’re not giving up, they’re continuing to get pregnant. It’s not necessarily a conscious thing — it’s who they are, it’s what they do. But they’re still here and I want to give them as much of a fighting chance as possible.

By continuing the work that we do, by continuing to magnify and highlight what’s happening with them — both the positives and the negatives — it gives the public an opportunity to get engaged and stay engaged.

But is it heartbreaking? Absolutely. Every day it’s heartbreaking to think about what’s happening with them. I think about them every time I get in my car. I ask myself, “Do I really need to take this trip? How is this impacting the whales?”

That’s what I try to impart to people that I’m teaching or getting to visit with: It doesn’t matter where you’re from, the things that you do have an impact on not only these whales, but all the other species on the planet.

It comes down to education; people learning about something that they care about and not just leaving it at that, but continuing their education and passing that information onto their friends and family.

Wherever you live, get involved in groups that are doing good work. Don’t just give a thumbs up — actually participate.

Tara Lohan is deputy editor of The Revelator and has worked for more than a decade as a digital editor and environmental journalist focused on the intersections of energy, water, and climate. Her work has been published by The Nation, The American Prospect, High Country News, Grist, Pacific Standard, and others. She is the editor of two books on the global water crisis.