A man with a bicycle in front of a destroyed apartment building in Central Square. Photo credit: Oleksandr Ratushnyak / WhoWhatWhy
International Ukraine

BORODYANKA, Ukraine — Rescuers are now digging through the rubble of destroyed buildings — but they’re likely too late to save anyone.

“Today we are at the site of one of the greatest tragedies in Ukraine — the city of Borodyanka. This is one of the most destroyed cities in the Kyiv region,” Ukrainian Interior Minister Denys Monastyrsky said as he inspected the recently retaken town. “Locals tell us that in the first days of the war, planes fired rockets at houses.”

While bodies had already been removed from the streets as of Wednesday, Ukrainian officials think that there may be some 200 victims of Russian attacks in the rubble of the modest commuter town, about 40 miles northwest of Kyiv.

“It was possible to save people who were under the rubble, but due to constant shelling, the  rescuers could not do it. Until that day, there was no access to the site, and now we understand that there are probably no living people,” Monastyrsky said.

Clearing through it all will take time. Ukraine’s State Emergency Service workers need about a week to clear a single high-rise building and whole blocks have been destroyed.

Borodyanka’s Central Square looks no less grim than some of the worst photos of World War II. The monument of Taras Shevchenko — Ukraine’s most revered poet — seems to mourn. Beyond him, those apartment buildings not reduced to rubble are now scorched shells.

A lonely man with a bicycle walks past what had been someone’s small yellow van, apparently flattened under the weight of a Russian armored vehicle.

A rescue worker holds some photos sleeved in plastic. It’s a woman in a wedding dress holding flowers. And there’s another photo — it’s of a couple dressed in formal wear. A man tenderly holds the woman’s hand in front of his own. Perhaps the people in the photos have escaped. A grimmer possibility is that their bodies are amongst the rubble of Central Square. 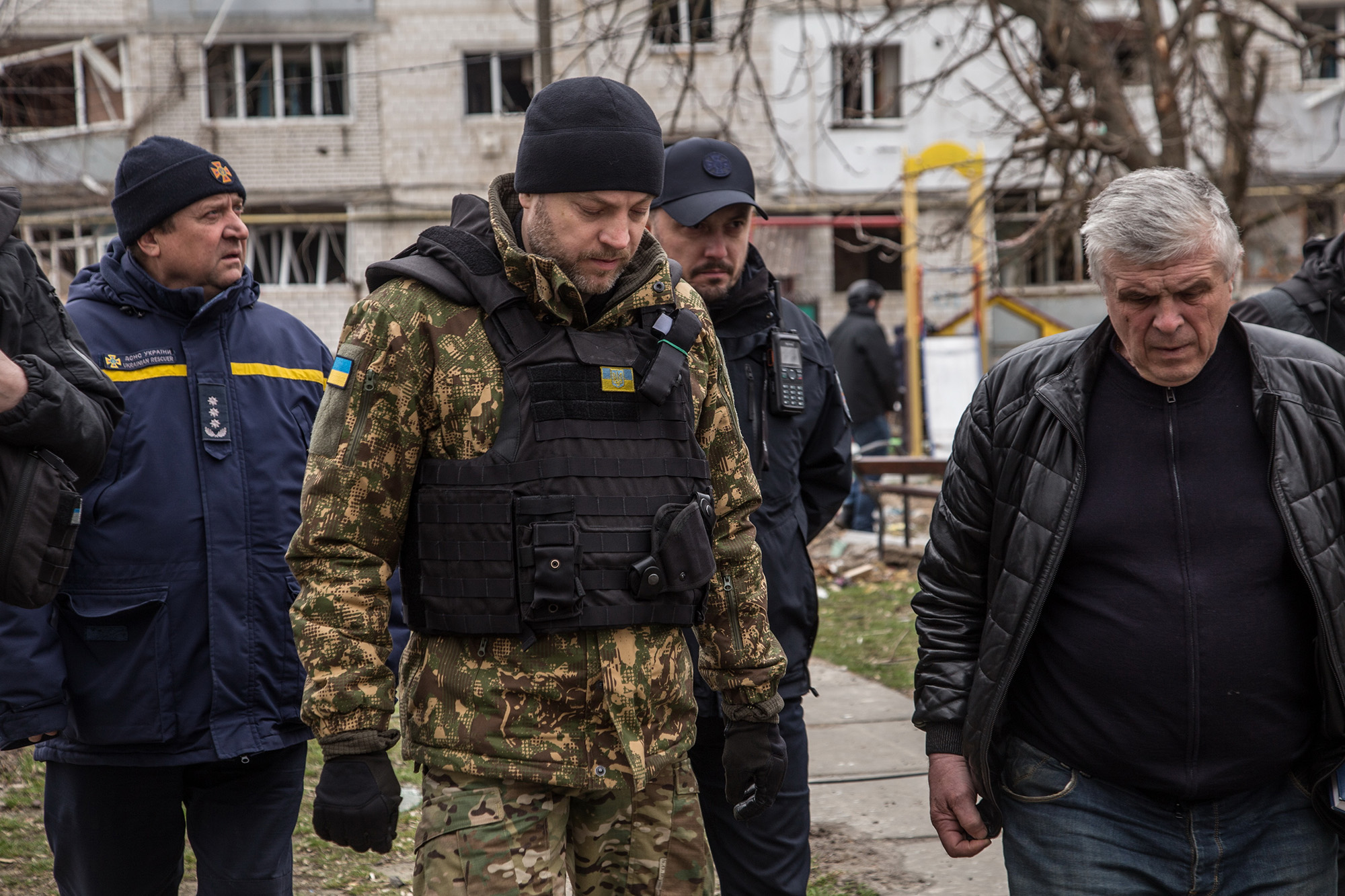 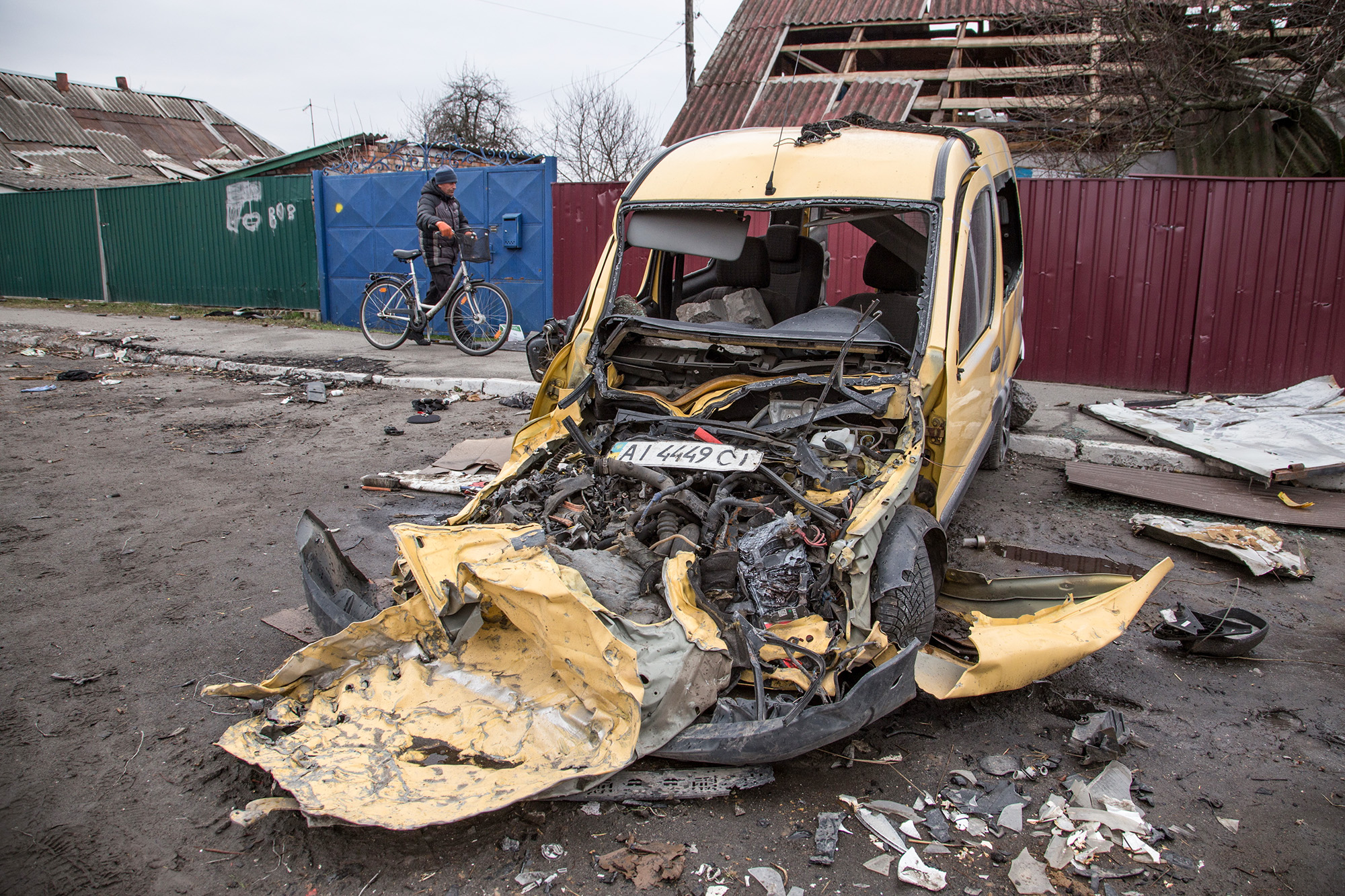 A small yellow van that had been crushed under a Russian armored vehicle. Photo credit: Oleksandr Ratushnyak / WhoWhatWhy 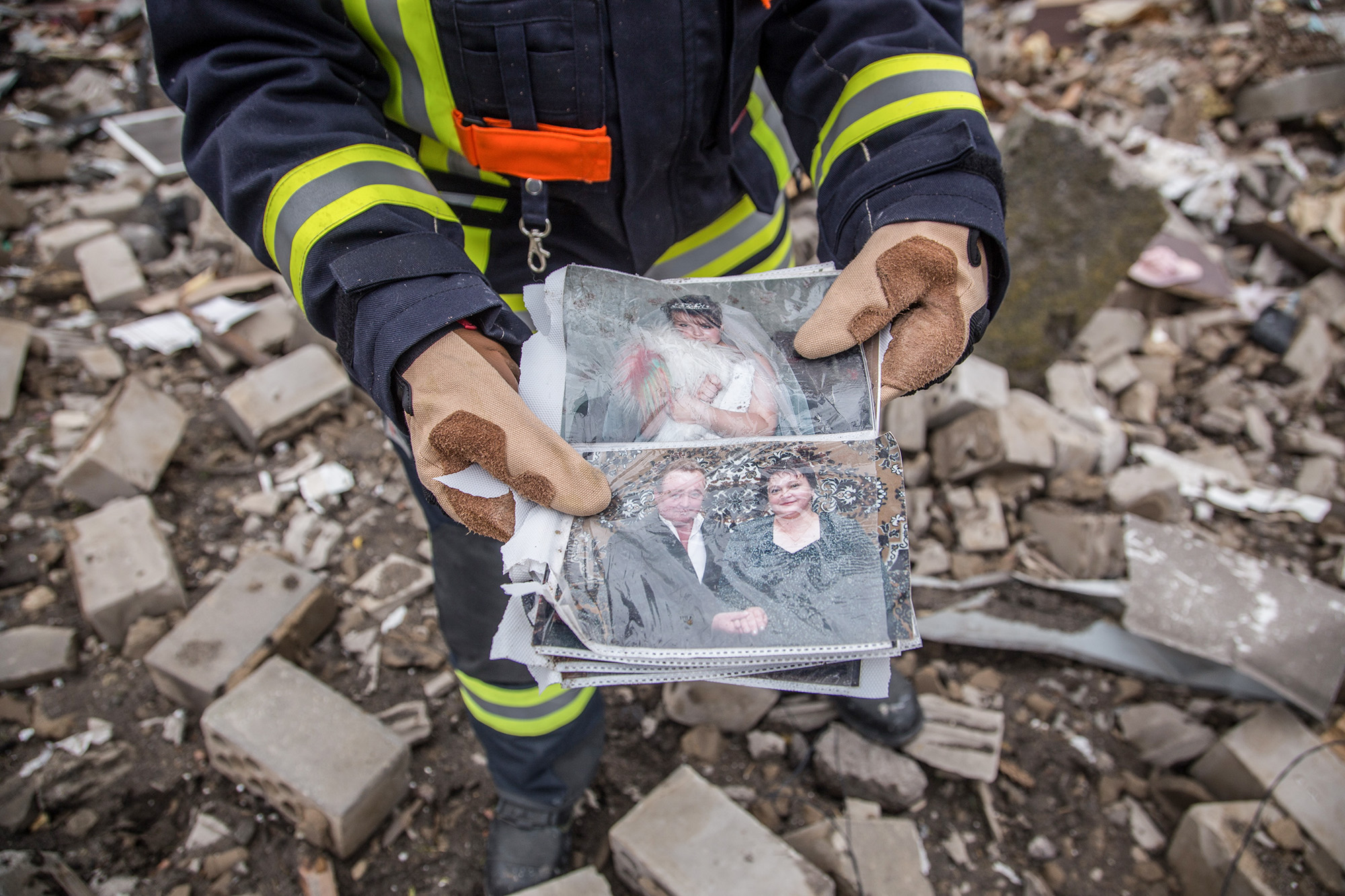 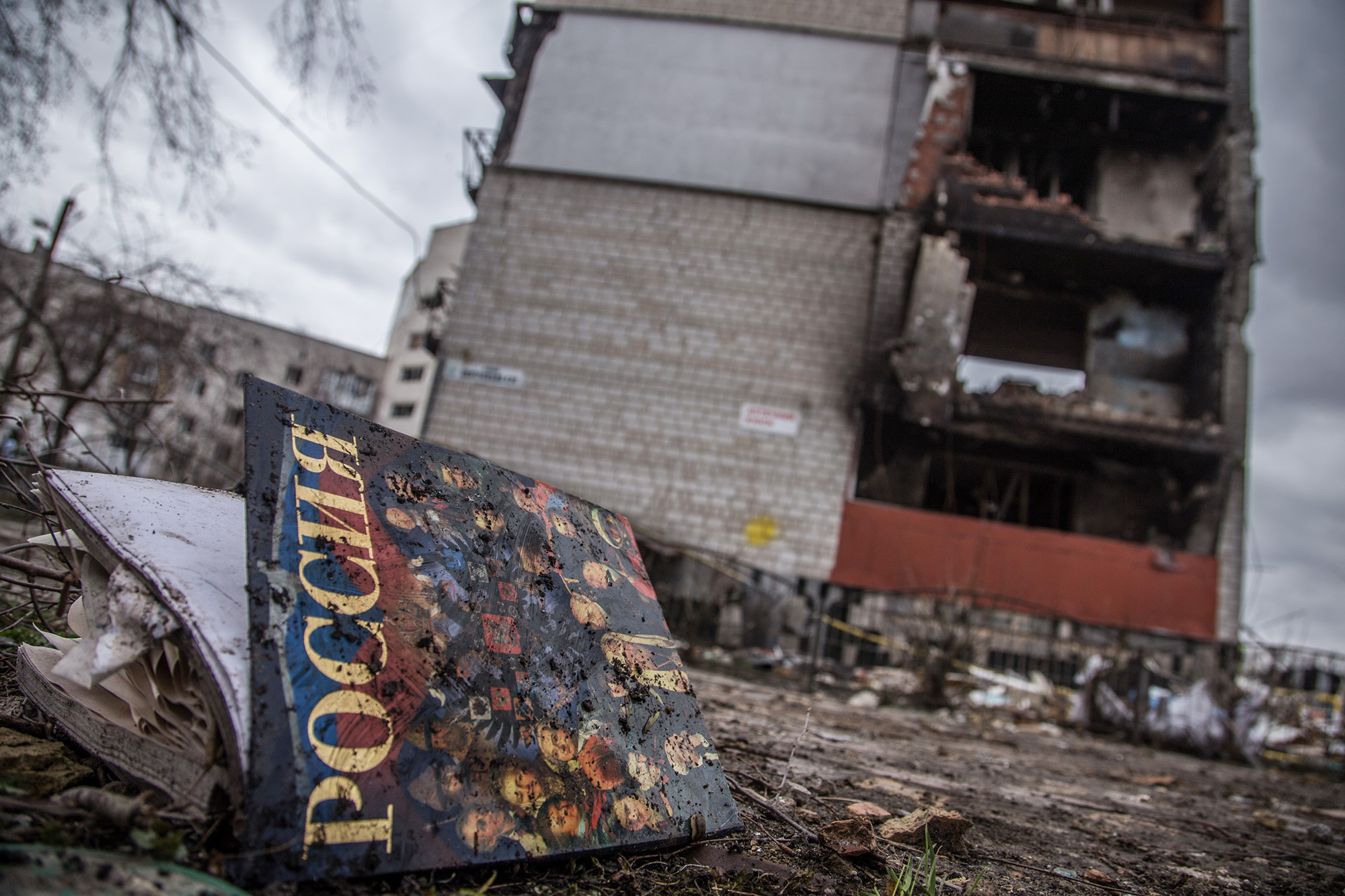 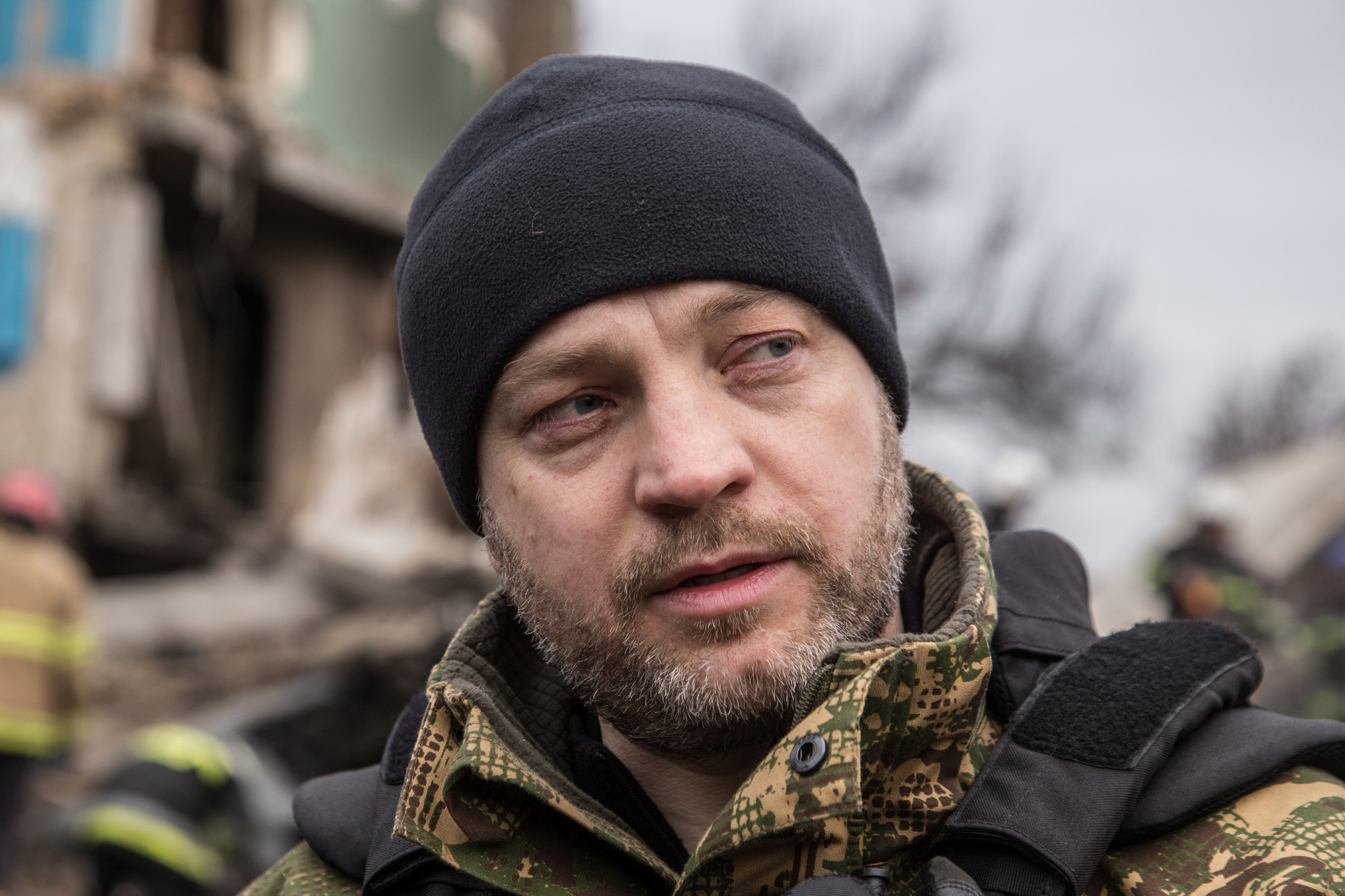 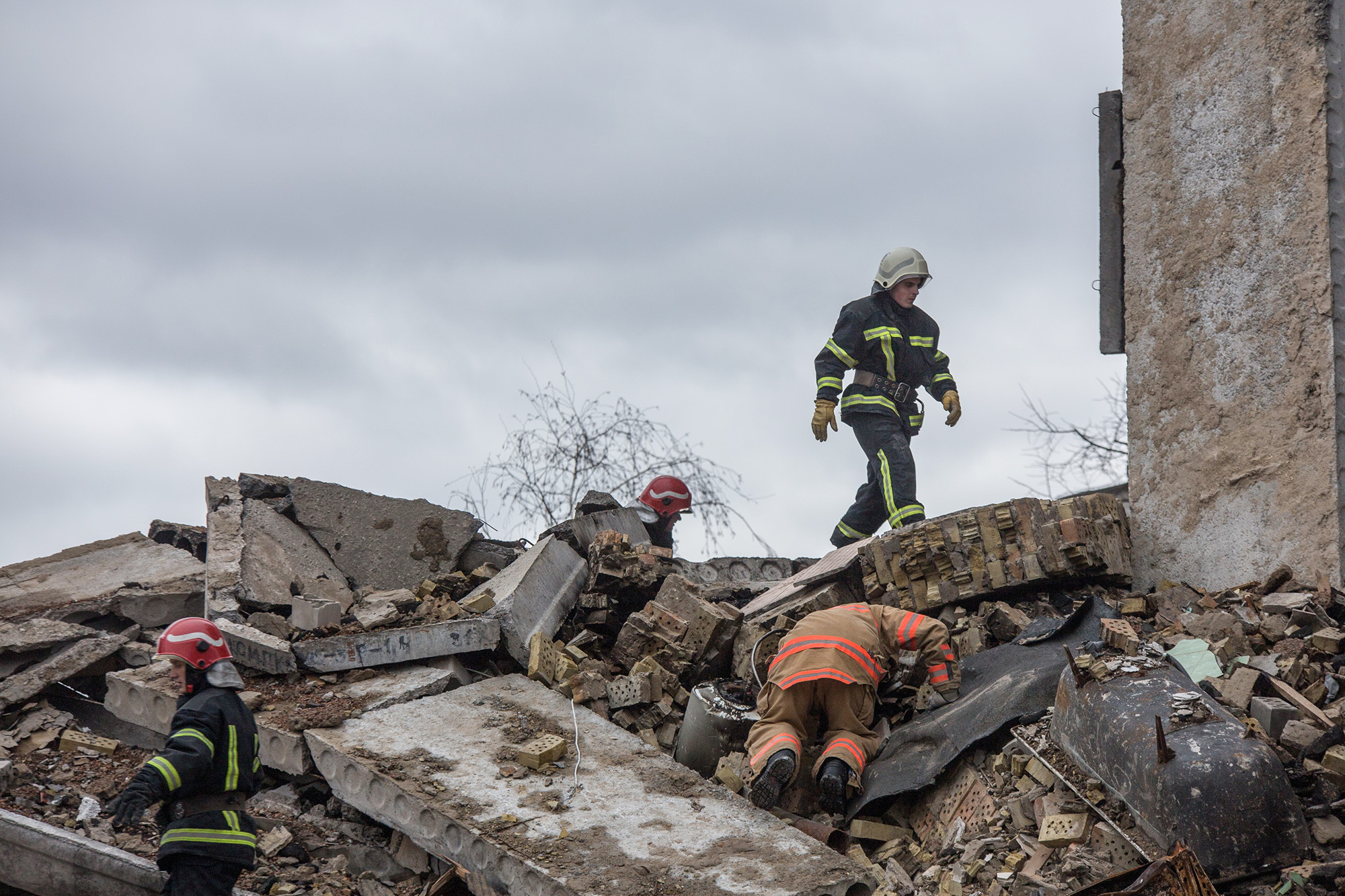 A lattice with a map of Ukraine. Photo credit: Oleksandr Ratushnyak / WhoWhatWhy 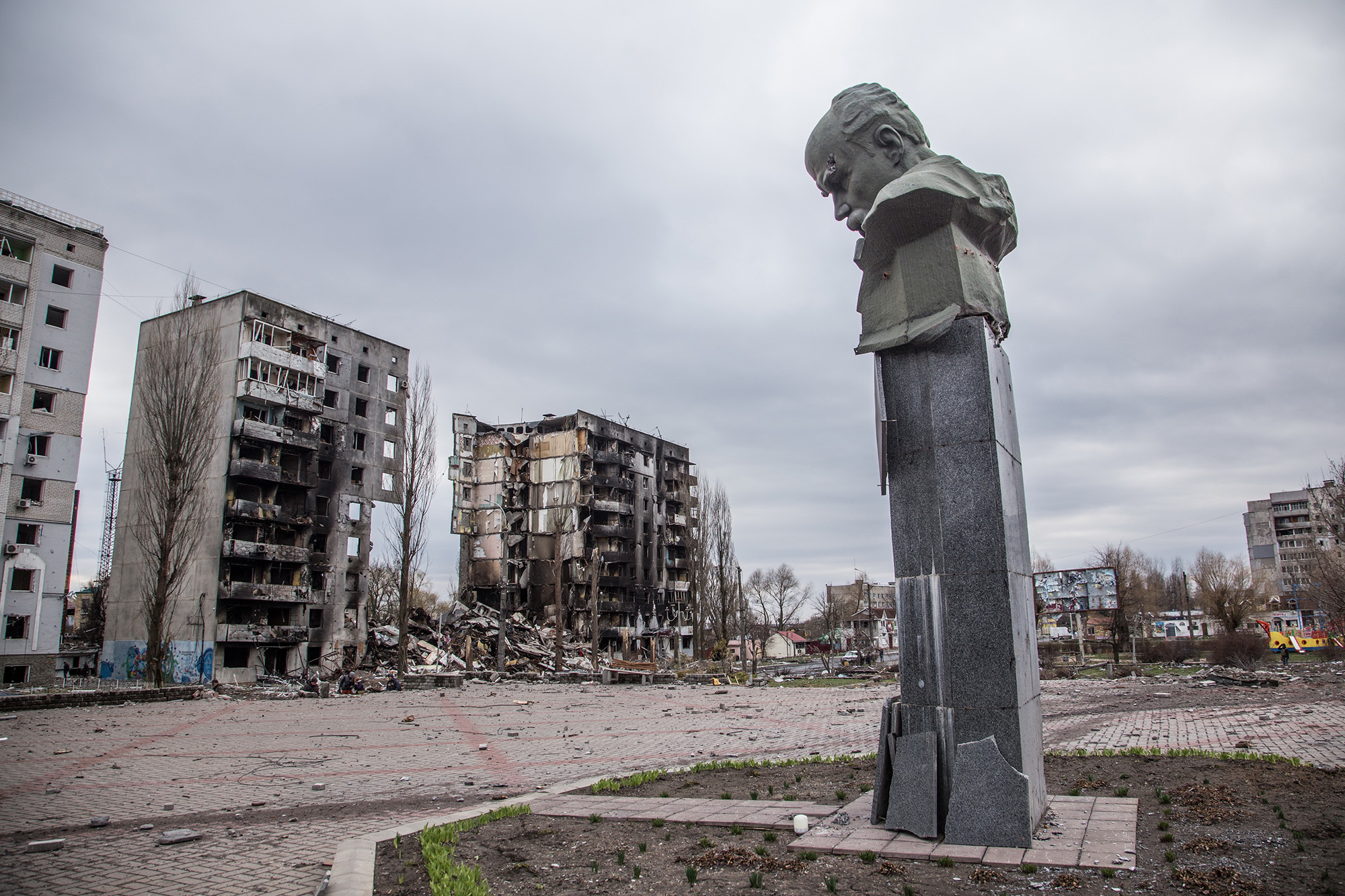