The civilians who may be the last to make it out of the bombarded Mariupol steel plant alive arrived in the first major Ukrainian city beyond the frontlines.

In a United Nations and Red Cross operation, the remaining civilians — who’d sheltered for over two months underground in the Azovstal steel complex — as well as others from Mariupol were part of a convoy of ten buses carrying about 170 people.

On Mother’s Day at about 7 a.m., the buses departed from a camp in the small village of Bezimenne. They traveled 140 miles west to Zaporizhzhia, arriving at about 10 p.m. carrying exhausted-looking survivors.

Among the survivors was four-year-old Alisa. Alisa had been separated from her mother, Victoria Obidina, the day before at the Bezimenne filtration center. Obidina had worked as a medic for the Ukrainian military.

Alisa had spent over two months without daylight in the Azovstal steel plant, where some 2,000 Ukrainian soldiers are now thought to be trapped and making their last stand against invading Russian forces.

Before she was evacuated, Alisa’s situation got the attention of one of Ukraine’s most famous football teams, Shakhtar Donetsk, who arrived at an April 19 charity match against Turkey’s Fenerbahce SK wearing shirts with Alisa’s photo — to draw attention to her and others like her sheltering at Azovstal.

Local Ukrainian news reported that the deputy head of the Zaporizhzhia Region Military Administration Zlata Nekrasova, who could be seen holding Alisa, had drawn up documents to have the girl temporarily stay with her. 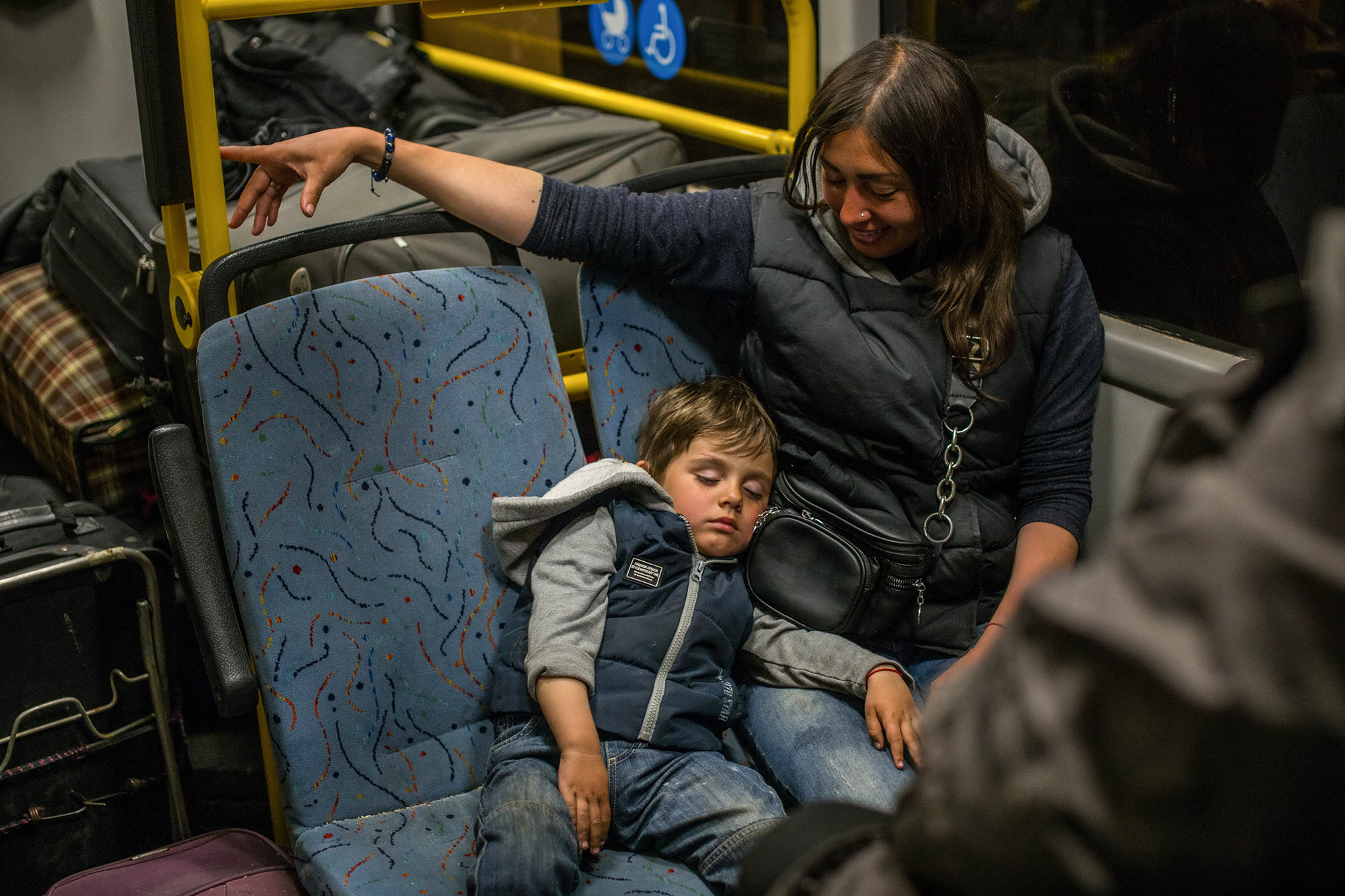 Iryna, who was on the bus with her four-year-old son Ilya, said she was looking forward to meeting her husband, who awaited them in Zaporizhzhia. 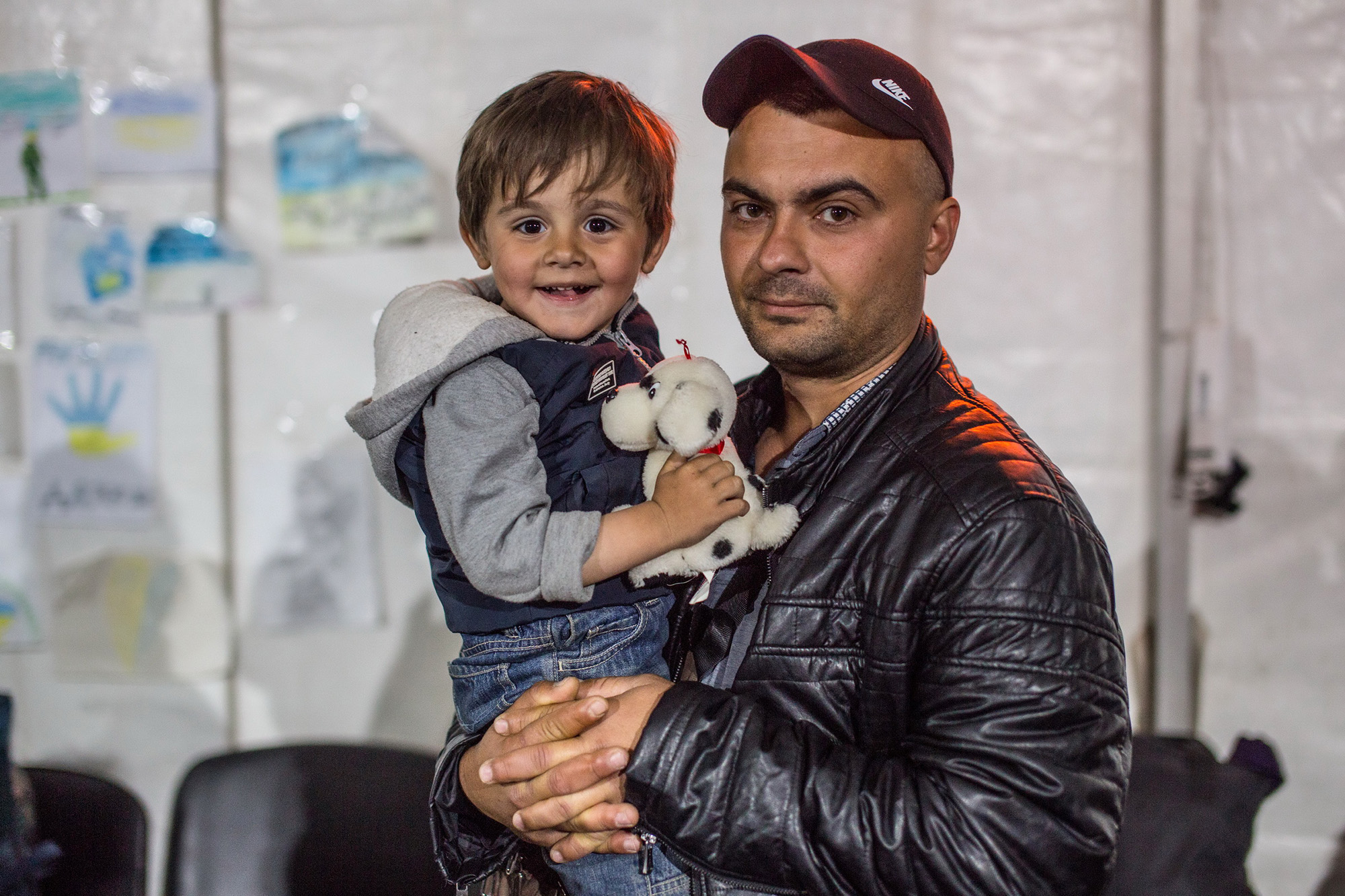 After a long separation, Ilya is held by his father in Zaporizhzhia. Photo credit: Oleksandr Ratushnyak / WhoWhatWhy

As cell phone service is down and outside communication with the Russian-controlled areas is almost nonexistent, most of the evacuees learned about the possibility of evacuation seemingly by accident. People would find out about the planned “green corridors,” wait at supposed assembly points in Mariupol, and then would have to flee when fighting broke out. Those who were picked up for evacuation were first sent to Bezimenne, which is the site of one of several so-called “filtration centers” in the occupied territories, women on the evacuation buses told WhoWhatWhy photographer Oleksandr Ratushnyak. 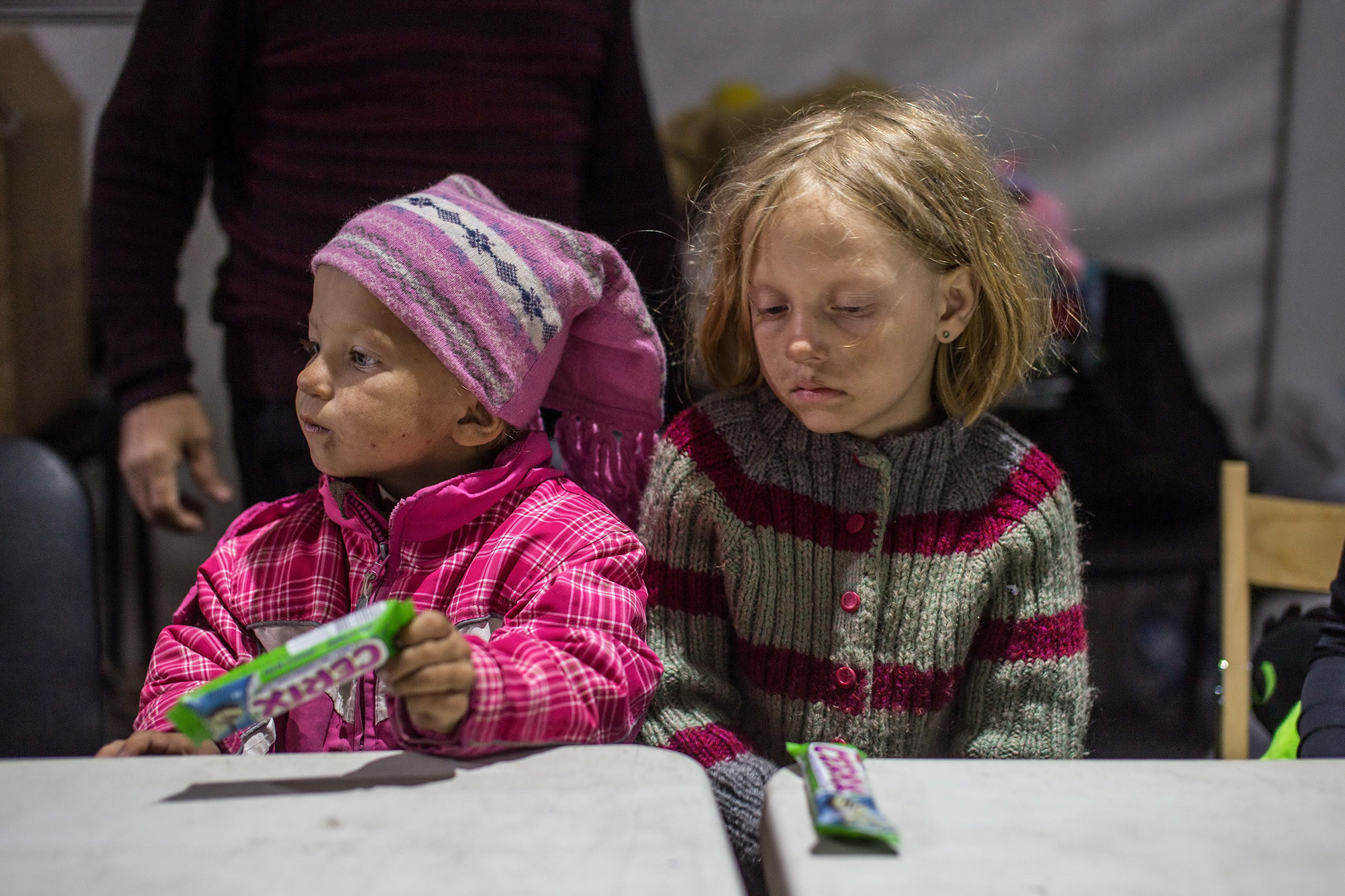 They said that everyone except for children and people over 60 was stripped to their underwear and checked for anything to indicate membership in the military or any Ukrainian allegiance — such as patriotic tattoos. People’s phones were checked, including personal messages, social media, and contacts.

As for who was being filtered, United States Ambassador Michael Carpenter told the Organization for Security and Cooperation in Europe that, along with members of the Ukrainian Army or the Territorial Defense force, those detained include government officials, journalists, civil society activists, and religious leaders. 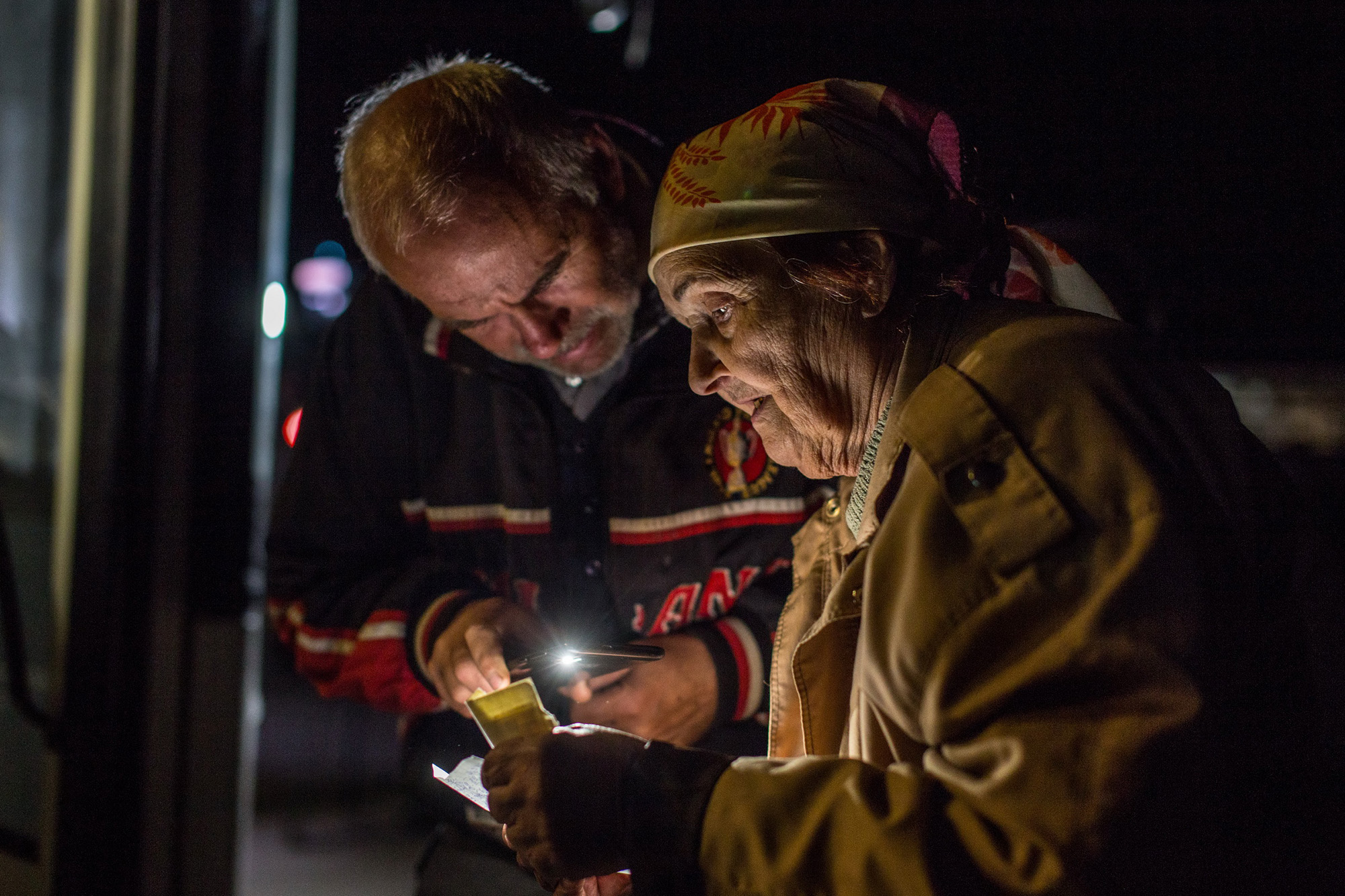 The women said that their fingerprints were taken as well as photographs of their faces, from the front and in profile.

From Bezimenne, buses with the filtered people left early in the morning and passed through several checkpoints. According to the passengers, despite vacant seats on the buses, their Russian escorts would not allow the buses to pick up people seeking to evacuate on roadsides.

The women said that moving around Mariupol, which is now a tableau of wrecked houses and corpses, requires a special certificate from the Russians. They said that road signs and settlement names have already begun being erected — switched back to their former Soviet names. In the coming days, the survivors will depart to other cities in Ukraine, many to relatives at home or abroad.