Why Does the Kremlin Keep Purging Crimea’s Muslims?

Early in the morning, while most people were still asleep, a dozen masked men stormed into an unfinished house outside Simferopol, the administrative capital of Russia-annexed Crimea. They rousted the pro-Ukraine Tatar community leader Nariman Jelyalov, his wife, and four children, searched the house, and confiscated his laptop.

Then the masked goons forced Jelyalov into an unmarked van whose very look could not have been more ominous —– two dozen Tatar activists or their kin have disappeared since Russia annexed Crimea from Ukraine in 2014, and some were seen being forced into similar vans.

“It had no license plates, nothing, and many [Tatar] men were already around trying to prevent it from driving away,” said Jelyalov’s wife, Leviza Jelyalova.

A lawyer who tried to follow the van was repeatedly blocked by another car until the van was out of sight.

Jelyalov and four other Tatar activists were taken to a basement, where they were held in handcuffs, with sacks on their heads, and interrogated and pressured for hours with no water, food, or access to legal defense, their lawyers said.

Not until three days later, on September 6, did a court formally “arrest” and charge them with a “diversion” and “causing damage” to a natural gas pipeline in southern Crimea, not far from the city of Yalta, where in 1945 Soviet dictator Josef Stalin met with British Prime Minister Winston Churchill and US President Harry Truman in to carve up post-WWII Europe.

Ukraine considers the 41-year-old Jelyalov to be the latest of 109 political prisoners in Crimea, including 75 Tatars, a Muslim ethnicity that once dominated the Black Sea peninsula but was decimated by centuries of persecution by Russia. He has led countless rallies and lambasted Moscow’s renewed crackdown on Tatars and other pro-Ukraine activists.

The Federal Security Service (FSB), Russia’s main intelligence agency and source of top officials, including President Vladimir Putin, claimed that Jelyalov and the four others received explosives and $2,000 from Ukrainian spies.They now face up to 20 years in jail.

On the day of the “explosion,” Jelyalov was standing next to Ukrainian President Volodymir Zelensky, in the Ukrainian capital, Kyiv.

He spoke at an international conference on Crimea, which Russia claims “returned to the motherland” after a 2014 “referendum” that followed the emergence of thousands of soldiers with no insignia.

“The [court] hearing was a circus, yet another farce,” Jelyalova said. “We’re not talking about any justice at all.”

“The trumped-up charges are likely retribution for participation at the Kyiv summit, which angered officials in Moscow,” said Ivar Dale, a senior policy adviser with the Norwegian Helsinki Committee, a human rights watchdog. 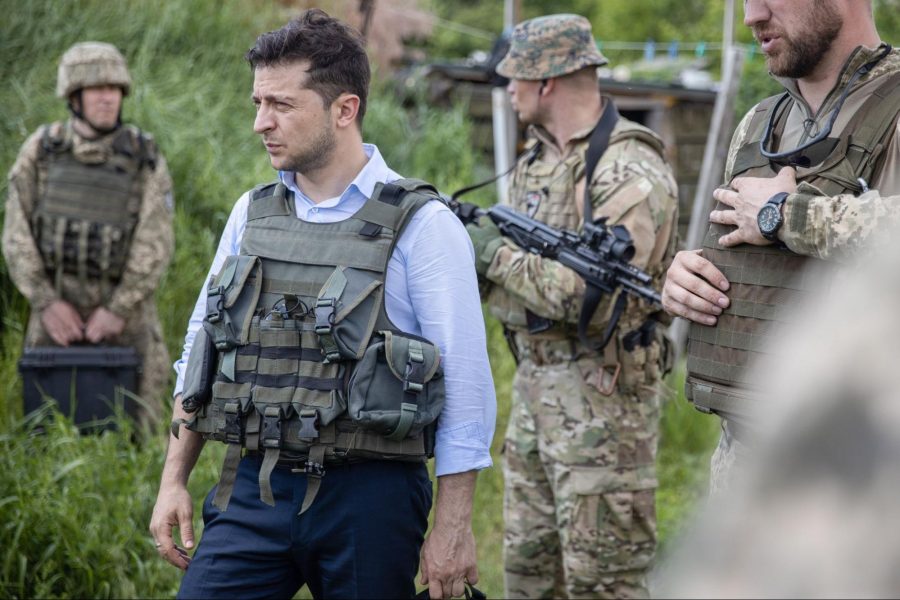 “The occupants in Crimea are yet again resorting to persecuting Crimean Tatars,” Zelensky tweeted.

More than 40 Tatars protesting the arrests were detained, including Zair Smedlya, who, along with Jelyalov, remains one of the few Tatar leaders who refuse to leave Crimea. Many others were forced out or barred from entering Crimea after visiting mainland Ukraine.

“With every passing day, the slipknot is getting closer to our necks,” Smedlya told me.

“Nariman knew they would lock him up, but he didn’t run away. He knew he would be framed,” said the 59-year-old.

Jelyalov also knew that Russia’s law enforcement agencies are not very inventive when it comes to jailing dissidents. Nonetheless, after the annexation he hoped to reach an understanding with them.

“Special services use tried-and-tested methods and don’t want to show any flexibility,” he told me in 2014 outside a court building in Simferopol. “Although we call on them — be more flexible, we will find common ground. It doesn’t mean we would French kiss you, but we are ready to find some understanding.”

But they didn’t want a compromise.

Dozens of pro-Ukraine Tatars have been charged with “separatism,” “extremism,” and membership in Hizb-ut Tahrir, an Islamic sect banned in Russia — and sentenced to up to 20 years in jail.

Russian czars suspected Tatars of plotting to hand the peninsula to Ottoman Turks, their cultural and linguistic siblings, and forced hundreds of thousands to move to the Ottoman empire.

Stalin went further, accusing the entire community of siding with Nazi Germany when it briefly occupied Crimea during World War II. In 1944, every Tatar was herded into cattle cars that became graves on wheels for almost half of them on the way to their new “home” in Soviet Central Asia.

“I took my coat and toys. Wanted to take the scooter, but mom didn’t let me,” Nuri Emirvaliyev, a retired irrigation engineer who was 10 at the time, told me in 2016. Within days, the boy witnessed starvation, pain, and death: “During stops, soldiers yelled, ‘Got any dead? Bring them out!”

Mikhail Gorbachev let the Tatars return to Crimea in the late 1980s. But they never got their familial property back and were virtually barred from government and police jobs in post-Soviet Ukraine.

While most Russian-speaking Crimeans were jubilant about the 2014 annexation, Tatars, who accounted for less than 15 percent of the population of 2 million, largely resisted it.

Using an app that turned their cell phones into two-way radios, hundreds flocked to a village or a street to peacefully block the Russian soldiers from entering. A Tatar father of three held a solo protest — and was found dead with traces of torture days later, his naked body wrapped in plastic. 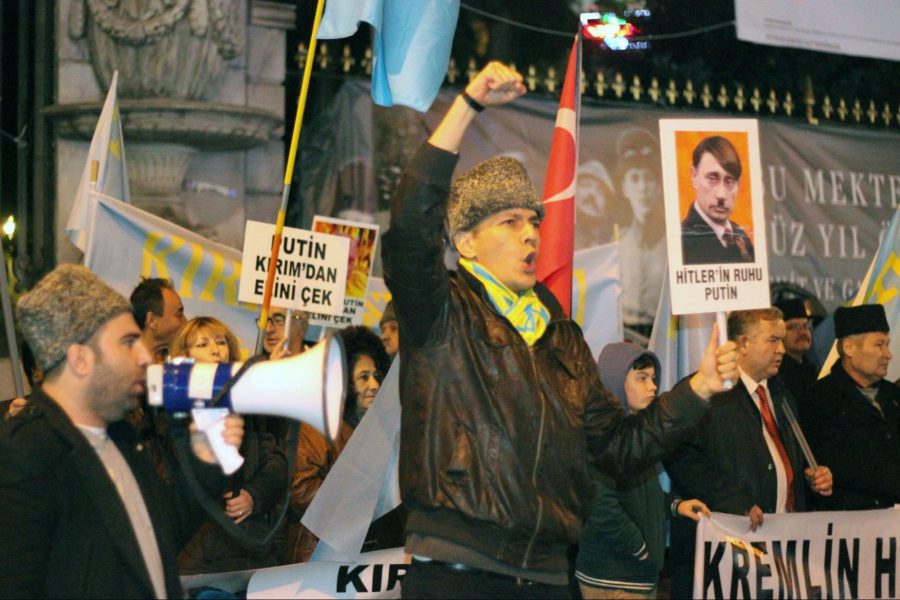 The Kremlin struck back with a campaign of intimidation and violence designed to scare the entire community into submission — and convince Russians that Tatars were “terrorists” and “separatists.”

In the years since the annexation, thousands were searched at home and in mosques, detained, and fined for staging “unsanctioned” rallies. At the same time, new history textbooks described the Crimean Tatar state — before the czarist conquest — as a nation of bloodthirsty nomads who turned hundreds of thousands of Slavs into slaves.

The campaign follows the old Kremlin playbook of demonizing a Muslim minority.

“This is the way Russia shaped the negative image of Chechens before destroying them,” community leader Smedlya said. He was referring to when Russia’s newly-appointed prime minister, a political unknown named Vladimir Putin, in 1999 declared a second war on Chechnya, which had broken away from Moscow three years earlier.

In the months before the invasion, Russia’s intelligence services accused Chechens of blowing up apartment buildings, while the media extensively covered crimes committed by Chechen mobsters.

The war resulted in tens of thousands of deaths, skyrocketed Putin’s approval ratings, and paved the way to his first presidency in 2000.

For more than two decades, thousands of civilians in Chechnya and most of the North Caucasus region it is part of, faced detention, torture, abductions, and extrajudicial killings, according to survivors and human rights groups.

The Kremlin is increasingly resorting to similar methods in Crimea, an exiled Tatar community leader said.

“We’ve seen such as situation in the North Caucasus,” Refat Chubarov told Ukrainian media in May after FSB officers killed a Muslim man not far from Jelyalov’s house during a search. “That’s what FSB officers do there every day.”