The cost of bombing campaigns to civilian populations is extreme in Ukraine as it was in Vietnam and other wars. Photo credit: © Lafargue Raphael/Abaca via ZUMA Press
International Ukraine

The war in Ukraine tends to be presented as a hopeless mismatch pitting a nuclear-armed superpower against a much smaller country with little or no chance of seriously defending itself. The fact that two senior Russian generals — Maj. Gen. Vitaly Gerasimov, a veteran of the Chechen war; and Mag. Gen. Andrei Sukovetsky, both deputy commanders of the Russian 41st Combined Arms Army — have already been killed in action shows that in Ukraine, as in warfare in general, it pays to expect the unexpected.

It turns out Ukraine may not be as powerless as everyone thought.

Strategic analysts focusing on the limits of pure military power might draw comparisons between Russian leader Vladimir Putin’s onslaught and the “shock and awe” that the Bush administration unleashed on Iraq in March 2003. Bush won the war, toppled Saddam Hussein, announced “Mission Accomplished,” and then lost the peace. But a more instructive example of what can happen when a superpower takes on a much smaller but highly determined adversary would be the Vietnam War.

One key reason why a military victory proved elusive in Vietnam for the United States, despite the Americans’ overwhelming firepower, was that the US could never stop the flow of troops and supplies along the “Ho Chi Minh Trail,” sprawling across Vietnam’s lengthy border with Cambodia and Laos.

Russians face the same problem in Ukraine. The frontier that Ukraine shares with Poland, Hungary, Slovakia, Romania, and Moldova extends for more than 1,600 miles. NATO has stated that it won’t fight on Ukrainian territory, but it is currently sending thousands of Javelin anti-tank and Stinger anti-aircraft missiles across the border. Ukrainians can move across the border at will, and if Russians do succeed in overpowering Ukraine’s current government, it will be fairly easy to establish a government-in-exile just across the frontier.

Just as the US could not put troops on the ground in North Vietnam without risking China entering the war, NATO has made it abundantly clear to Putin that if any Russian troops cross the border, the gloves will come off, and Moscow will have a vastly greater war on its hands.

According to the Pentagon, Russia has committed around 190,000 troops toward occupying Ukraine, which has a population of 44 million. Russia’s current population is around 144 million. At the peak of the Vietnam War, the US had  550,000 troops in-country. To maintain its enormous troop strength, the US, which had a population of almost 212 million during the war years, had to rely on the draft — and that deployment was to control a population in Vietnam of only around 46 million people. The US couldn’t do it. 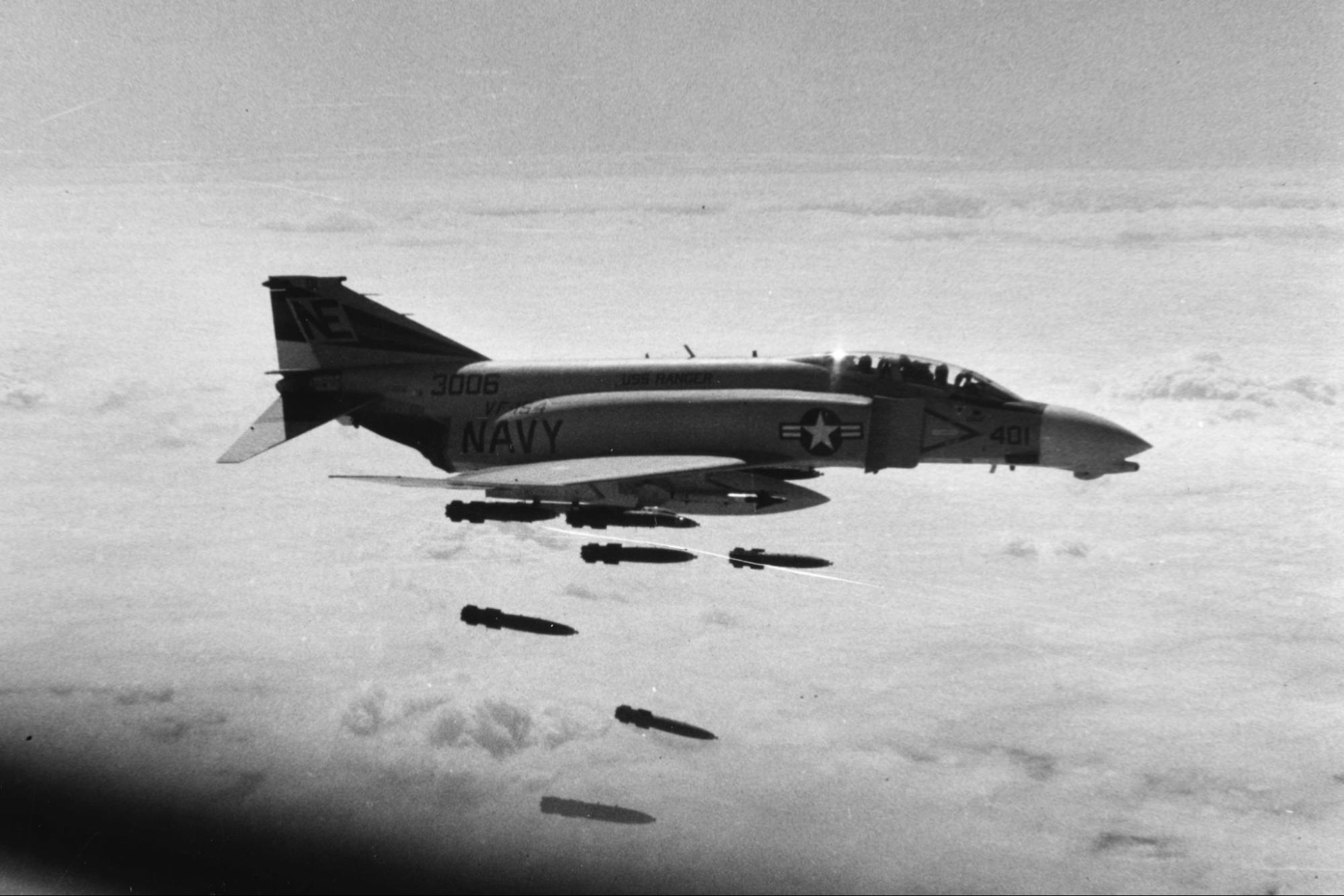 The Russians have already demonstrated that while their army is effective at attacking civilians, especially women and children, it can’t really accomplish much else. Putin’s gamble is that indiscriminate missile attacks and long-range artillery barrages would reduce Ukraine’s cities to rubble, and that would be enough to eliminate its population. That is the approach Moscow adopted in its destruction of Syrian rebels opposing Bashar al-Assad. The West did not care enough about Syria to directly intervene. Ukraine is different.

It is questionable whether total destruction really works. It didn’t help Hitler at Stalingrad. The Blitz against London only made the British fight harder. During the Vietnam War, the US dropped more than 7.6 million tons of explosives — more than three times the amount it had used during World War II. It didn’t work.

Putin might hope to install a puppet government to eventually convince Ukraine that being under Moscow’s thumb is better than dying. But the US has also tried to install and support governments that were at least moderately friendly to American interests. They tried it in Vietnam, Afghanistan, and Iraq. Again, this strategy repeatedly failed. The artificial governments had no real connection to the people they were supposed to represent, and in the end, the only thing holding them together was corruption and greed. That was hardly an incentive for the population to care about their “leaders’” survival.

NATO has stated that it won’t fight on Ukrainian territory, but it is currently sending thousands of Javelin anti-tank and Stinger anti-aircraft missiles across the border.

In the end, various US administrations found that none of these approaches really work. In Vietnam, where it all started, the US demonstrated that it was too powerful to lose the war, but it couldn’t win it either. Finally, the cost in terms of lives, a hemorrhaging economy, and domestic political damage became too much for even the US to bear.

It remains to be seen how Putin’s efforts will end. Whatever happens, it won’t be cheap. When the US became involved in the Vietnam War, it had the world’s richest economy. Today, Russia’s economy ranks just slightly ahead of Spain’s and not even a match for South Korea’s.

Economics has never been Russia’s strong point. Its economy today is based mostly on extracting oil and natural gas, along with some gold, and peddling them to a world market. No one is lining up these days to buy Russian manufactured goods, nor is anyone dazzled by Russian innovation. While it does not make much, Russia buys quite a lot, and virtually everything it buys is manufactured somewhere else. Sanctions have already slashed the Russian ruble to the point where it is valued at less than one US cent. Thanks to Putin’s latest adventure, Russians will soon find themselves paying double for basic necessities. 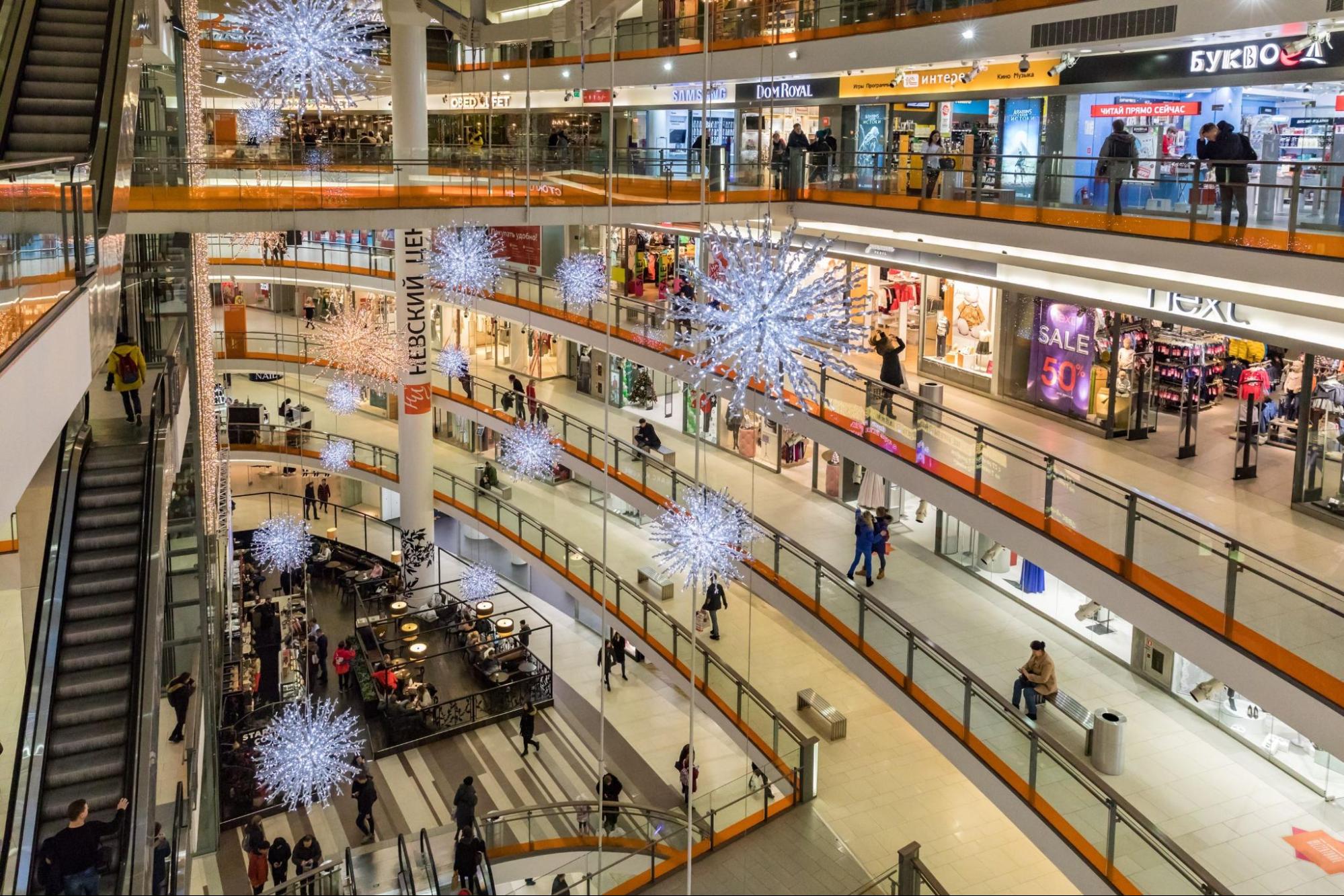 What matters in any conflict is the will to fight. Resolve and passion are significant, if not determining, factors. It’s now clear that many of the Russian troops sent into Ukraine are beginning to realize they were lied to. They believed Putin when he declared that the forces massed on Ukraine’s border were merely participating in a training exercise. They did not expect to be sent to slaughter women and children or to engage in the pointless destruction of Slavic cities.

Here, too, Putin might learn something from America’s experience in Vietnam. American soldiers were not necessarily lied to, but more than a few felt that they had been sacrificed to political arrogance and an ill-conceived policy that turned out not only to be wrong but to have lethal consequences. With Vietnam, the pretext for going to war was the “domino theory,” a misguided panic that communism was about to engulf the entire world and that Vietnam had strategic importance in what amounted to a global chess game. The theory turned out to be hokum. That was proved by the fact that after the US withdrawal, Vietnam was essentially forgotten and ignored for the next four decades. Today, Vietnam’s ports welcome US Navy ships, and Vietnam and the US cooperate on guaranteeing freedom of navigation in the South China Sea. More than 58,000 US service members died in the conflict. Today, one might ask what for.

Like Russian soldiers in Ukraine, many American soldiers in Vietnam felt that they had been sold a false bill of goods. Towards the end of the US involvement, an increasing number of frontline troops let their officers know that they would fight to defend themselves, but they were no longer going to aggressively attack the “enemy.” Officers who failed to get the message were likely to find a bullet or, in some cases, a hand grenade hidden under their pillow. Most line officers understood. A number who didn’t were either shot or blown to bits by their own troops — a practice known as “fragging.” In the end, the US had to withdraw or risk losing the army, at that stage “drug-ridden, and dispirited where not near mutinous,” according to a Marine Corps historian. 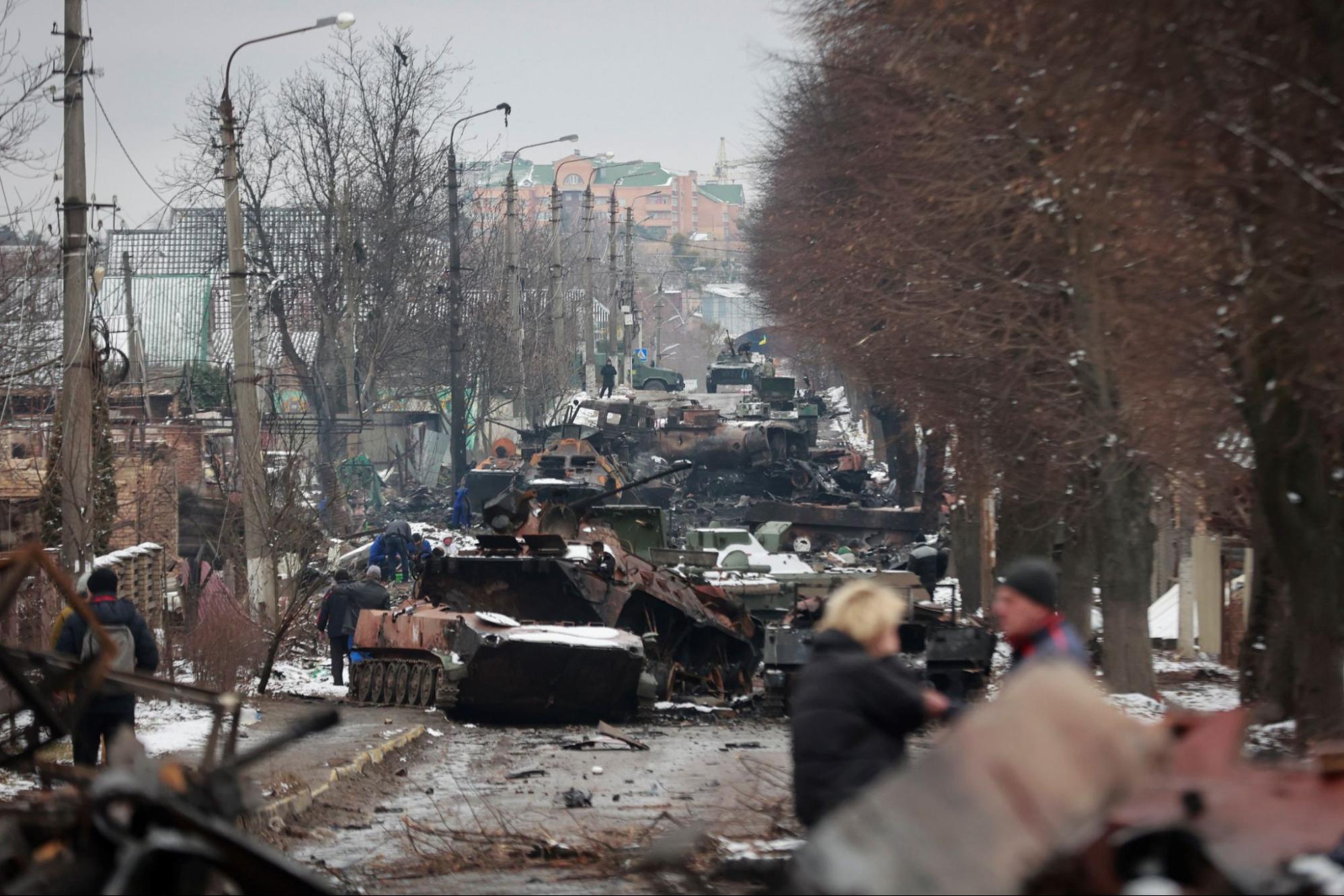 The real problem in Ukraine is not Russia. It is Vladimir Putin and the fact that he wants to step back in time and recreate what he imagines to be the glory of the lost empire of the Soviets or even the czars.

The irony is that, in contrast to Vietnam, Ukraine really has strategic importance. It is the keystone to security in Europe, effectively a buffer that separates today’s Russia from its former satellite colonies in Eastern Europe. Short-range nuclear missiles stationed in Ukraine could hold most of the capitals of Europe hostage to Putin’s ambitions. Likewise, if Ukraine were to fall in NATO’s camp, similar missiles could threaten Russia’s heartland.

The sensible approach would have been to guard Ukraine’s neutrality, respect Ukraine’s independence, and allow Ukrainians to get on with their lives. Instead, Putin decided to gamble on a war that is likely to guarantee that, in the future, Ukrainians will see Russians as nothing less than bestial enemies. In case Ukrainians missed the point, Putin delivered a number of statements that made it more than clear that he intends to have Ukraine without Ukrainians — in other words, genocide on a limited but effective scale.

Until now, Ukrainians themselves had mixed feelings about Russia. Some liked it, some didn’t. Many had friends and relatives there. After Putin has bombed their cities to rubble and randomly killed women and children, Ukrainians are very likely to be unified as never before. Putin might be able to reduce the entire country — which is roughly the size of Texas and larger than France — to ruins, but if he does, it’s unlikely that Europe will look the other way. Putin has already threatened Finland and Sweden with retaliation if they dare to declare their independence by joining NATO. Where will he stop?

The news from Moscow is that Putin is increasingly isolated. These days he speaks mostly to three close associates. There is no telling what Putin will do next, and he has access to several thousand intercontinental nuclear missiles. Putin could destroy half the world. That is what makes the war in Ukraine a frightening proposition, one in which looking the other way is not really an option.

William Dowell previously reported for NBC News and ABC News and was a Middle East Correspondent for Time Magazine. He served in the US Army in Vietnam, where he was an area specialist assigned to a province advisory team during the war.