A worker at the construction site of a section of the Nord Stream 2 natural gas pipeline near Kingisepp, Leningrad, Russia. Photo credit: © Alexander Demianchuk/TASS via ZUMA Press
International Ukraine

As President Joe Biden sent 3,000 US soldiers to Eastern Europe as a check against Russia’s continued perceived aggression against Ukraine, the US and its Western European allies scraped together even more vital reinforcements: energy supplies.

Western Europe runs on Russian gas. Germany, the world’s fifth largest economy and Europe’s largest energy consumer, relies on imports of petroleum and natural gas for more than 55 percent of its energy portfolio, and much of those fossil fuels come from Russia, according to the US Energy Information Administration. Europeans feel Russian influence in the comfort of their homes: In all, Russia supplies 35 percent of the European Union’s heating gas.

This boxes Biden into a corner, especially with his main partner on the European continent. There are few current alternatives to Germany’s lifelines with Russia, which include the controversial Nord Stream 2 pipeline — a link former German leader Angela Merkel pursued with Russian President Vladimir Putin despite opposition from former President Donald Trump.

The United States is the world’s largest producer of natural gas, but the US moves gas abroad by liquefying it, and Germany has no liquefied natural gas terminals.

While Putin and Biden rattle sabers, anxious bureaucrats in both Washington and Brussels are scrounging for new sources of gas for German homes from as far away as Australia and Qatar. But even if they find any, they still have to figure out a way to reliably deliver it, and fast.

The reliance on Russian energy explains why Germany declined to join the US in shipping weapons to Ukraine — and also why the German navy’s top admiral was forced to resign after making “pro-Russian remarks,” as The Wall Street Journal reported.

Until a shooting war starts — an eventuality both sides claim to abhor — Russia’s main weapon against the West is energy. And already, leading analysts have accused Russia of manipulating markets by withholding gas supplies. If Russia is angered by NATO intervention in Ukraine, this thinking goes, those homes heated by Russian gas could soon go cold in the dead of winter.

In the meantime, the US’s main weapon against Russia is economic sanctions. The US, the European Union, and the United Kingdom have promised crippling sanctions on Russian companies and individuals if Putin sends troops across the frontier into Ukraine, which has fought an on-again, off-again war with its former Soviet master since 2014.

But to torture the metaphor, sanctions are a gun that’s only loaded if Germany helps supply the ammo. And Germany is too worried about losing its gas supply to help. Without an alternative to Putin’s gas pump, the NATO bloc might crumble, and any strong stance on Russia is empty posturing. 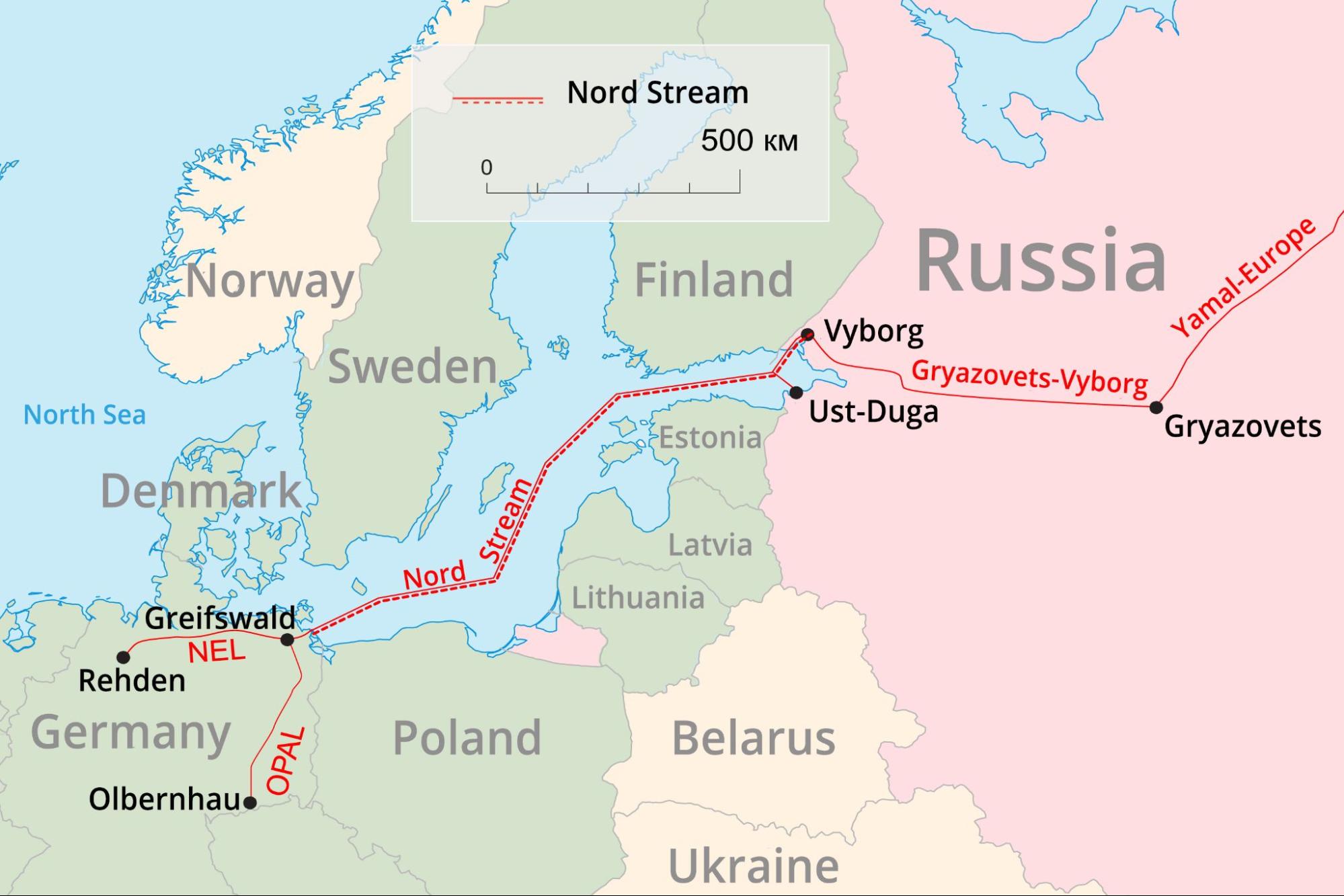 Including energy in any sanctions package presents a “Hobson’s choice” for Biden, as the Atlantic Council’s Emma Ashford wrote in Foreign Policy on Thursday:  Exclude them and watch Russia laugh them off; include them and anger already standoffish friends like Germany.

Meanwhile, with temperatures dropping in the dead of winter, supplies are already running low, as Gazprom, the Russian state-owned provider of heating gas, tweeted this week. In this way, Russia’s “gas weapon” is more practical and more effective than its nuclear stockpile.

But this leverage also boxes Putin into a corner. If Germany needs Russian gas, Russia needs German gas customers. The country’s main exports are petroleum and natural gas, the latter of which is worth $54 billion annually to Moscow, Reuters reported.

Putin has used gas as leverage in international disputes before, but at the cost of leading Europe to find efficiencies: increased gas sharing between countries and, in the long-term, new sources of energy. This means, though it is “effectively impossible” for Russia to punish any one country for stepping out of line, Europe remains reliant on Putin for power in the short term. “A shut-off in either direction would be mutually disastrous for the intertwined economies,” Ashford wrote.

And Putin’s power at the pump is set to expire. Once a leader in nuclear energy, Germany is using Russian gas only as a bridge solution. The country wants to transition to using renewables for 65 percent of its energy needs by 2030, according to the EIA. When that happens, Russia’s “gas weapon” may dry up.

Putin seems aware of this. On Friday, Putin met with Xi Jinping in Beijing to announce tens of billions of dollars’ worth of new oil and gas deals with China, fuel to be delivered via yet another new pipeline. Chinese money would flow through that pipe to Russia, which would be less reliant on European currency.

For now, what emerges is an image of two belligerents who, even when gripped in mortal combat, are aware that wounding the other is also an act of self-harm.