On June 4, 2021, the national flag was raised at 4:46 a.m. to the Chinese national anthem in Tiananmen Square. Bathed in the first rays of sunshine, streams of people — tourists, police guards, and morning exercisers — shared a moment of silence and watched as the flag rose. Some tourists woke up early enough to enter Tiananmen Square before the daily flag-raising ceremony; the others stood on the golden fence to see over the crowds or assembled near the entrance. The mixed smells of packed sausages, eggs, bread, and other Chinese breakfast essentials floated in the air. Most people had pulled all-nighters or woke around three in the morning to attend the ceremony, and they needed food to keep them awake.

When the ceremony ended, the crowd burst into loud chattering. A tour guide holding a red flag high led a group of middle-aged tourists in white T-shirts decorated with the slogan of the travel agency. Police guards shouted and waved their hands to maintain order, telling people to wait in line for a security check before entering the square itself. Couples and families took photos of each other. A college student looked at his friends in amazement and said, “The light fell on the Great Hall of the People and glamorized the building with dignity.”

Standing in the line to enter Tiananmen Square, among the bustling crowds — which seemed dazzled, enchanted, and almost euphoric — I felt myself to be the only one who came because of the Tiananmen Square massacre of June 4, 1989.

I don’t remember the exact age at which I first learned about the event. When I studied in the US at 14 I had access to Google, the browser banned by the Chinese Communist Party, and some Asian friends told me that I could find information in Google which “is not allowed to be known in China.” Out of curiosity, I played with the search engine and found pictures of the Tiananmen Square massacre.

In those images, unrest prevailed on the streets of Beijing, where I later grew up. Rows of tanks opened fire on unarmed and enraged students who yearned for democracy, killing thousands. When I switched back to China’s server, there was no sign a massacre had once taken place. Keywords related to the day (“Tank,” “89,” “Six,” “Four”) were deliberately swabbed by the censors. I called my father because he was in Beijing when the massacre happened, and his answer was, “Yes, it happened.” When I asked more, he ended our conversation, “Nobody talks about it in China.” 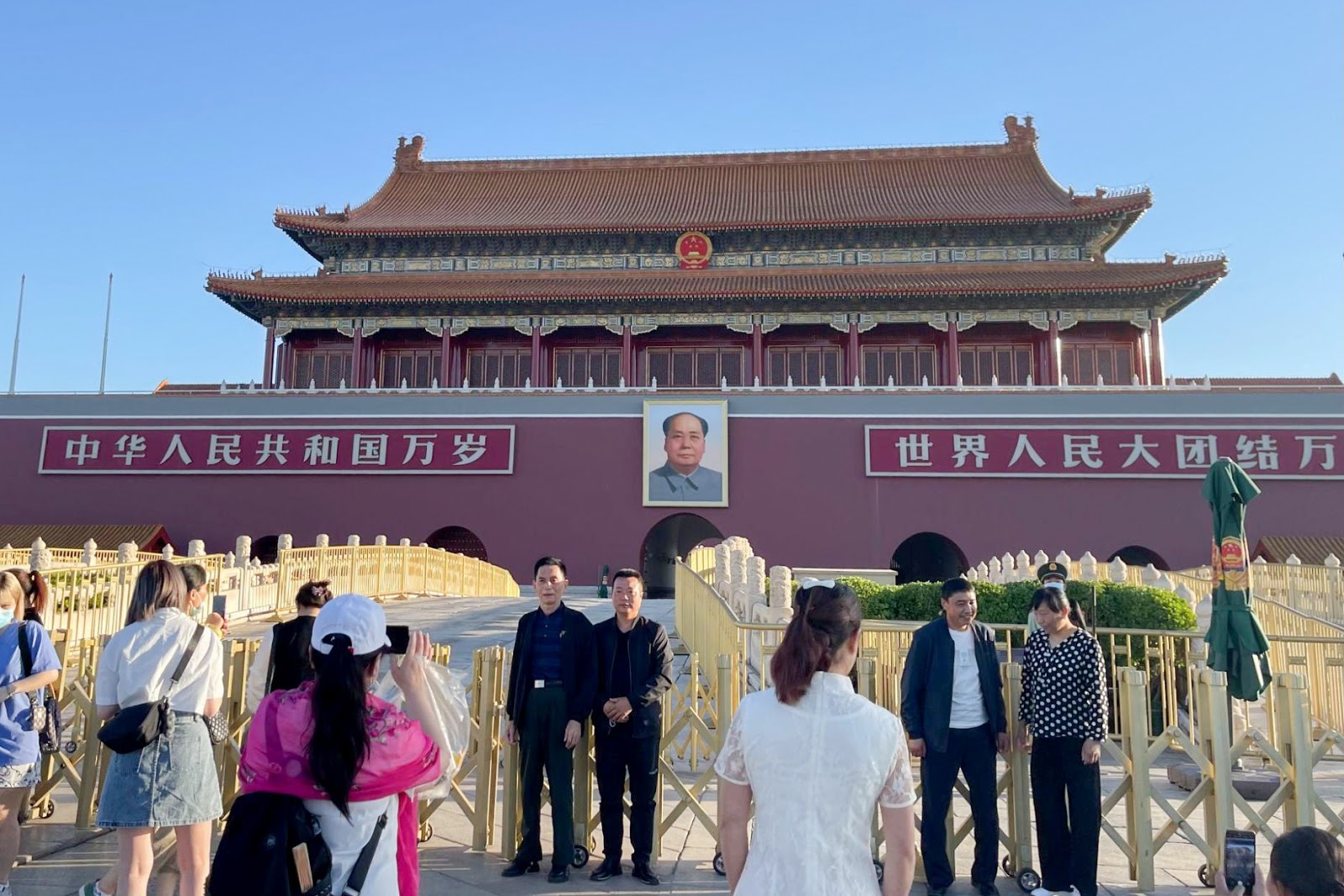 My father’s attitude represents the general reaction to the Tiananmen massacre in today’s China. The last generation who knew of the event remains silent, and the younger people my age have never heard anything about it.

Tourists, gathering on the exact spot where a massacre took place 32 years ago, enjoyed the morning sunshine and praised the grandness of Tiananmen Square. A young girl, her eyeliner delicately drawn, joked to the boy who came with her. They put their ears close to her phone to share a song, and the girl hummed along in a husky yet beautiful voice. For her, someone who knows nothing of the massacre, the lovely time shared with her boy was the most memorable event in Tiananmen Square on June 4th.

Having benefited from Deng Xiaoping’s Opening and Reform movement in the 1980s, a large population of Chinese citizens have now reached a high standard of living and have the financial ability to travel. At the same time, the exhilarating reforms in the 1980s introduced Western ideas into China for the first time since the Revolution, prompted recognition of inequality and rampant corruption, and eventually led to the Tiananmen march calling for political changes. The yearning, blood, and wounds of the students being violently repressed were preserved only in broken photos and videos, and now in broken memories. Their pain, though so distant, seemed as real to me as the happiness of the Tiananmen tourists who stood so close that I could physically touch them.

Some 1,400 miles from Tiananmen Square, Hong Kong’s Victoria Park — where vigils in honor of the Tiananmen massacre used to take place — was empty for the first time in 32 years, as police had cordoned off the venue. On June 30, 2020, China’s top legislature unanimously had passed a new national security law for Hong Kong, outlawing “subversion” and “collusion with foreign forces.” It was not a surprise that the armed forces prevented the commemoration of the massacre.

After an hour of waiting, a scan of photo ID, and a security check, I got into Tiananmen Square at 5:57 a.m. on June 4, 2021. The laughter of children, couples, and the elderly seemed appropriate sounds against the backdrop of the fresh green grass, crimson red wall, and washed blue sky. As I walked past, a middle-aged man said to his family, “Today is a beautiful day.”