Russia's President Vladimir Putin (R) enters the hall in the Grand Kremlin Palace for a signing ceremony for treaties on the accession of the Donetsk People's Republic, the Lugansk People's Republic, the Kherson Region and Zaporizhzhia (Zaporozhye) Region of Ukraine to Russia, September 30, 2022. Photo credit: © Mikhail Metzel/TASS via ZUMA Press
International Ukraine

No Exit for Putin

War in Ukraine, potential famine in the Middle East, energy crisis in Europe, energy crunch and threat of a nuclear war that could wipe out the human race — it’s hard to remember a recent time when the colonialist ambitions of one man have caused so much disruption.

Democracies are often criticized for being weak and indecisive. Vladimir Vladimirovich Putin is showing the world just how dangerous it can be when too much power is seized by a single person. That danger not only threatens the world, it also puts Putin himself at extreme personal risk. The question now is how far he will go in an effort to save his own skin. If survival turns out to be impossible, will he take the rest of the world down with him?

It is obvious to everyone by now, Putin included, that the ill-conceived, supposedly limited “military operation” to take over the Ukraine was simultaneously a catastrophic miscalculation and a threat to Russia’s long-term security. It has had the effect of turning Russia’s southern neighbor into a committed enemy while at the same time demonstrating the sorry state of Russia’s military command structure and military hardware. In passing, it also solidified both the resolve of the US and NATO to put a stop to Putin’s ambition to reconstruct the old Soviet Union.

With the US providing increasingly sophisticated weapons to Kyiv and the Russian army showing signs of disintegrating, a military victory in Ukraine looks less and less likely. Putin’s  problem is that if he admits failure, it’s likely to mean not only the end of Putin’s regime, but of Putin himself. He is literally caught in the proverbial dilemma referred to as “riding the tiger.” The ride might get rocky, but if you get off, you will be eaten.

When would-be tyrants reach a certain level of global exposure, political exile is no longer an option. In some cases it’s considered less costly to simply buy off a dictator who has run out of steam and retire him to a location where he can disappear into anonymous retirement. Ugandan strongman Idi Amin was a ferocious monster who may have engaged in cannibalism, but instead of launching a military operation to depose him, he was quietly pensioned off to Saudi Arabia and quickly forgotten. A seemingly endless stream of African dictators were allowed to buy villas in the south of France where they were rarely heard from again. 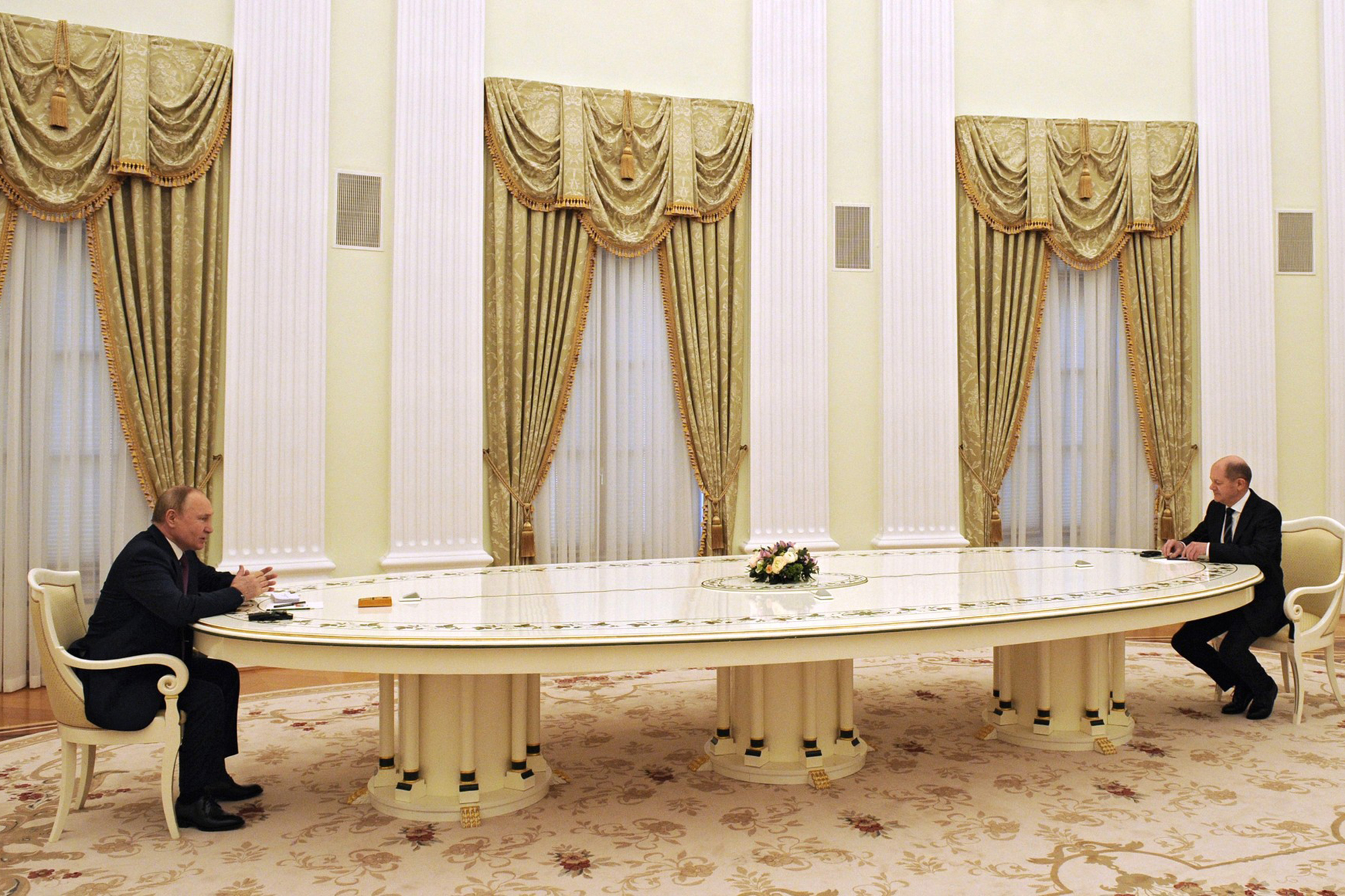 The atrocities committed by Russian troops in Ukraine have put Putin in a different league. He has, in a sense, joined Saddam Hussein, Hitler, and Stalin — men whose crimes had a global reach sufficient to guarantee there would be no safe haven for them anywhere on the planet.  When Hussein was still in power in Iraq, his prime minister, Tariq Aziz, casually remarked, after reflecting on the horrors committed by the regime in Baghdad, “When we go, not even our fingernails will remain.”

Putin, after poisoning, imprisoning, and torturing his opponents for decades, has collected enough enemies to ensure that there will never be a moment when he doesn’t need to look over his shoulder to ward off a possible assassination. The long tables that Putin insists on using to create distance between himself and anyone he talks to, testify to his current state of paranoia. In his case, the paranoia is entirely justified.

So where does he go from here? The recent referendums declaring eastern Ukraine to be an actual part of Russia appear to be a veiled threat directed at Washington. If the Ukrainians try to recapture the 15 percent of their country that Russians now occupy, Putin will retaliate as if Moscow itself were under attack. Since his forces are running out of ammunition and manpower, that might very well involve tactical, or battlefield, nuclear weapons. Just in case anyone in Washington was too dense to understand what was being communicated, Putin had a number of advisers make the message clear to American diplomats.

The problem is that Ukraine’s strategic position makes it difficult for either NATO or the US to back down. If NATO were to allow Putin to take over Ukraine, Europe could very well come under threat of short-range nuclear missiles stationed on its border. Of course, the opposite is also true, but that is Putin’s miscalculation.

On NBC’s Meet the Press, President Joe Biden’s national security adviser Jake Sullivan was asked if the “red phone” connecting the US to the Kremlin in an emergency situation was still functioning. Sullivan said that it was, and that the US had been in contact with Russian officials in the last few days. The Russians understand, Sullivan confirmed, that if they resort to nuclear weapons, the response will be catastrophic. Both sides know what is at stake. The question now is whether Putin cares.

It is becoming clear that the sensible choice for Russia at this point is to get rid of Putin. That, however, will not be easy. The latest issue of Foreign Affairs describes Russia’s changes in leadership since Stalin. But as Foreign Affairs points out, most of the men who followed Stalin — with the possible exception of Nikita Khrushchev, who was smart enough to accept retirement, and Mikhail Gorbachev, who was realistic about Russia’s limitations — were relatively colorless, unimpressive men. Putin, in contrast, is the ultra alpha male, probably the most aggressively determined since Stalin. You could say that both men are Russian traditionalists.

In a sense, Russian rulers have always demonstrated a taste for brutality. Russians look very much like Americans, but their history is much longer, deeper, and bloodier. The original Rus people are believed to have been Norsemen. When the Mongols invaded in the 13th century, Rus was little more than a collection of competing city states. The most prominent was Kyiv. During the winters of 1237 to 1240, some 40,000 Mongols attacked and destroyed most of Kyiv.

The Mongols, however, had no real interest in colonizing what was to become Russia. Instead, their aim was simply to plunder and loot whatever Russia produced. To act as their agents, they turned to a local proxy whom they thought they could easily dominate. Their agents of choice were the princes of Moscow, or Muscovy, who became the collectors of tributes and taxes for the Mongols.

For nearly three centuries, most Russians had no direct contact with their distant Mongol overlords. The ruling class, however, were in regular contact with the Mongols, who had authority over their administration. That situation lasted until Ivan the Great threw off the Mongol yoke in 1480, after a stand-off with the Mongol Golden Horde at the Ugra River, and declared himself czar (a Russian rendering of the traditional Latin title for an all-powerful ruler, “caesar”). By this time, however, the Mongols had set the tone for future Russian leaders. When a village complained to the czar that local officials were corrupt, Ivan simply ordered the slaughter of every man, woman, and child in the village. Problem solved. Ivan the Great was followed by Ivan the Terrible, who earned his title. Putin is simply the latest in a long line of leaders who looked on violence as a preferred tool of statehood. 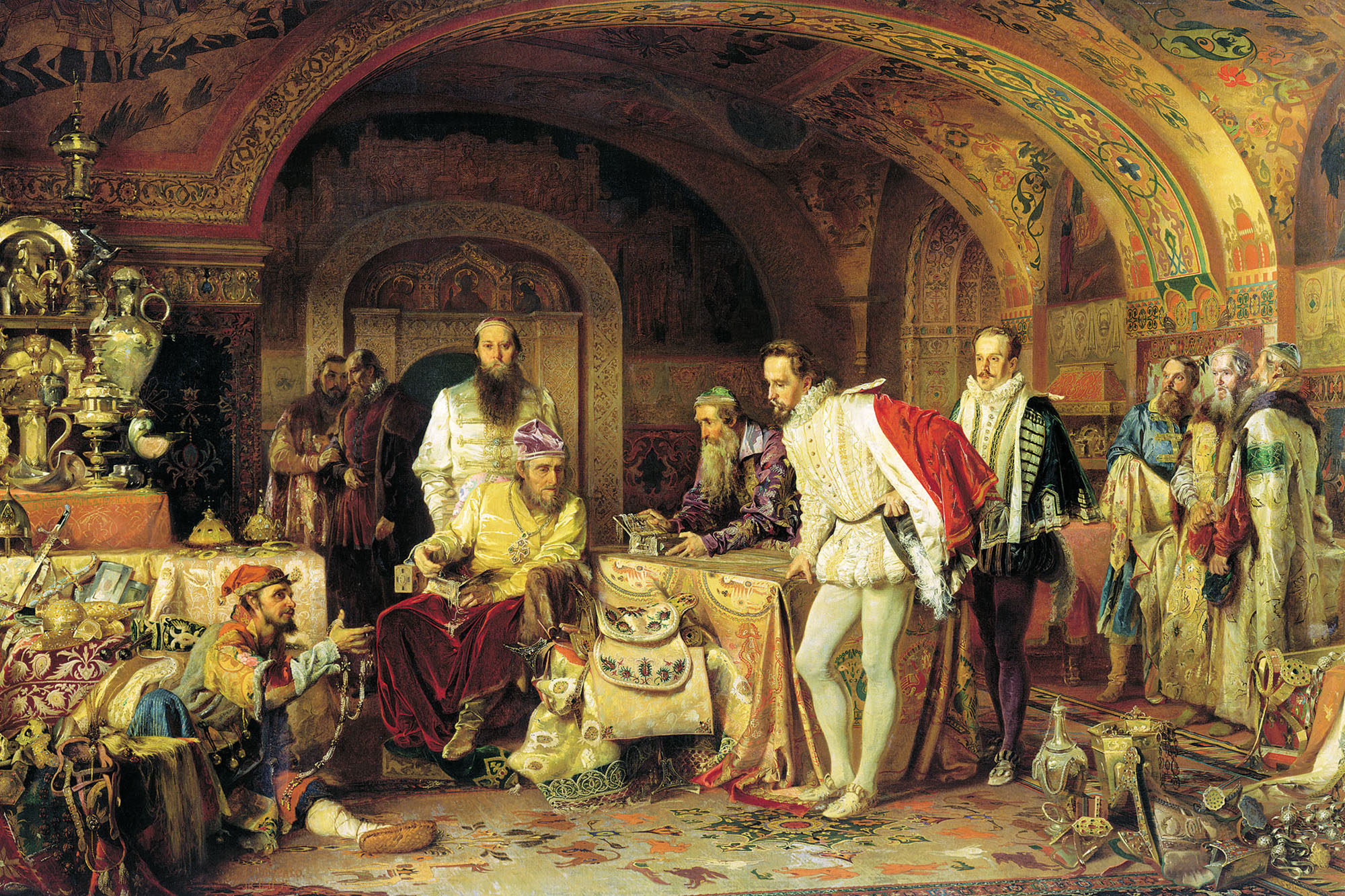 In 2004, I traveled across Russia to work on a documentary about Russian health crises. I was impressed by the dynamism and inventiveness of average Russians, and I guessed that the country had a promising future. “Don’t count on it,” a Russian friend told me. “The situation is much worse than it looks.”

In Moscow, I stayed in an apartment rented by Doctors Without Borders. The apartment was in Moscow’s River House, a building in which Stalin had housed his key advisers and members of the Politburo. The facade was decorated with portraits in stone of River House’s previous occupants. Nearly all had been befriended at one time or another by Stalin and later executed for one perceived offense or another.

The building was rumored to be riddled with listening devices. The cameraman and I were about to take a trip into Chechnya, a Soviet republic in the Caucasus near the Caspian Sea, when I received a phone call from a trusted informant. The message was brief but crystal clear: “A party is being arranged for you. Do not attend.” We canceled our trip and just missed being kidnapped; a member of the Salvation Army, also going to Chechnya, was seized instead.

The basement of River House had a canteen nicknamed the Spetsnaz Café. The floors and walls were tiled and at one time, Russia’s elite lounged in its wooden booths and discretely drank champagne while snacking on caviar. You still can, but every time I went there I imagined KGB goons bursting through the door and opening fire on yet another “enemy of the state.” The ceramic tiles, I imagined, made it easier to mop up the blood. Today’s Russia is a bit more sophisticated than in the days of Stalin, but not much.

Putin knows this history and, like Stalin before him, he is very much on guard. He’s also aware of the assassinations by poison which have been a Russian secret police calling card for those no longer deemed useful. Stalin managed to reach the end of what one Russia expert called his biological tether. Putin is rumored to be in ill health. Still, if he feels personally threatened, he could choose to go down fighting. If he decides on a nuclear confrontation, the generals and senior staff under him will have to decide whether to follow him towards total destruction or instead eliminate the threat to their (and perhaps our) future.

Like most self-protective strongmen, Putin has surrounded himself with weaklings, who, until now, have depended on him for their own survival. It will take courage to overthrow their master.  At a certain point, however, the alternatives may not leave these men — as timid they are —  much of a choice.